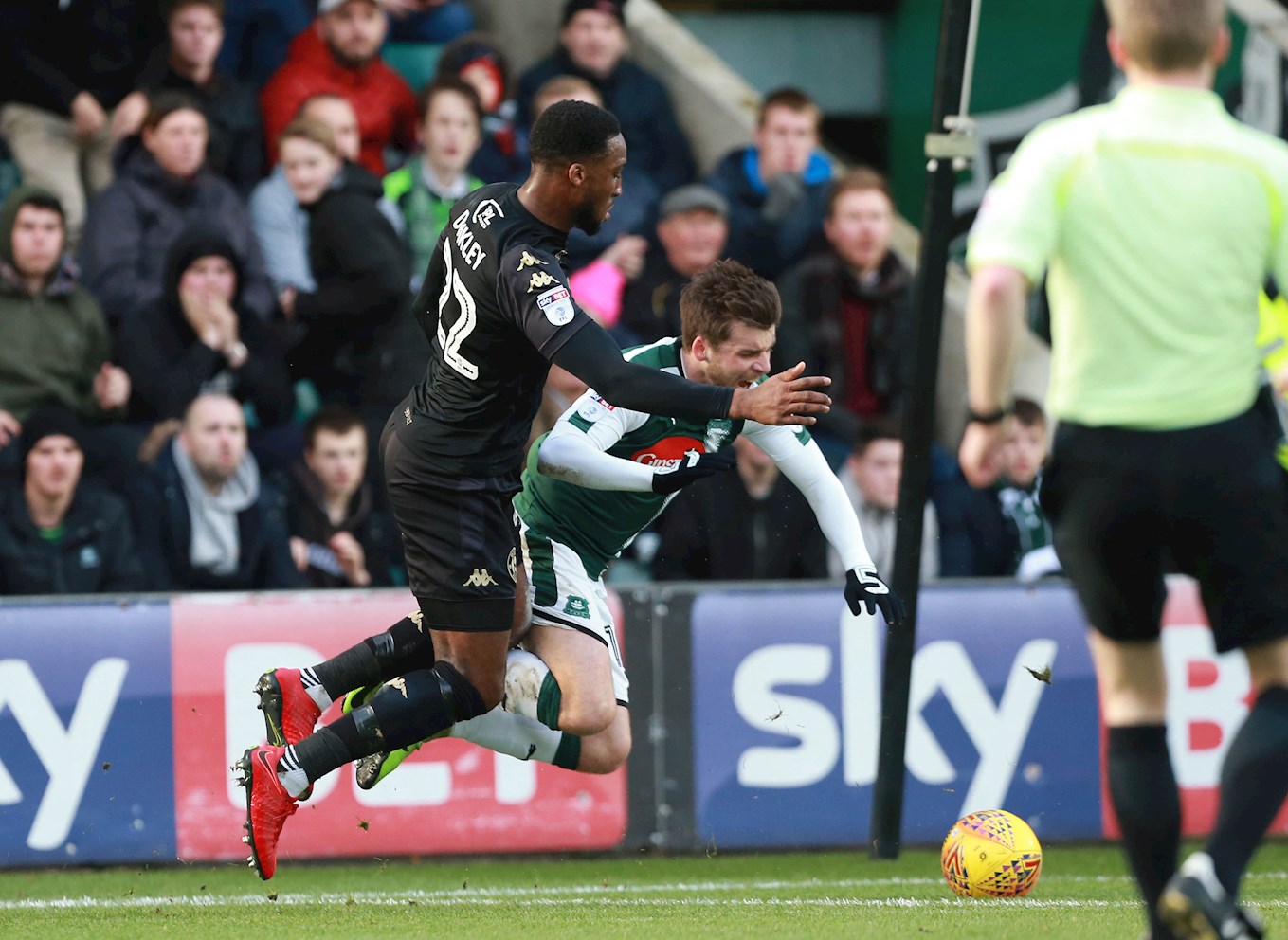 IF Saturday’s result from Home Park did not raise any eyebrows, that should not take away from an Argyle performance that, appropriately enough on a day when the Pilgrims celebrated their Academy, bodes well for the future.

It is a measure of the quick strides made by Derek Adams and his team in Sky Bet League One that, whereas, when the two teams met at the DW Stadium in September, Argyle sometimes looked overwhelmed, now, there was no sign of that. Quite the reverse, in fact – they looked very much leaders Wigan’s peers.

The Greens briefly threatened to become the first team to lower the Latics’ colours since mid-November when Graham Carey converted a first-half penalty that was the first League One goal which the table-toppers had conceded in eight matches.

Wigan responded to the setback by immediately gaining parity through Will Grigg and, after flexing their muscle, went into the interval ahead thanks to Gavin Massey’s cool finish in stoppage time.

Although Argyle came out for the second half very much on the front foot, and had chances to level, the wind was taken out of their sails by Dan Burn’s deflected headed goal against the run of play.

Argyle’s 11 showed just the one change from the starting line-up that had bossed the previous week’s 1-1 draw at Doncaster Rover, with the scorer at the Keepmoat out of the team, for well-documented reasons, but far from out of the hearts and minds of everyone at Home Park.

Ryan Edwards’ place went to 20-year-old Zak Vyner, the latest of a long line of prodigious Bristol City talent to make its way down the M5 on loan. Simon Church, the week’s other, later, incomer, took his place on a substitutes’ bench that did not include Jake Jervis or Gregg Wylde.

Latics manager Paul Cook rotated his side back to full strength after a weakened side had tipped Premier League Bournemouth out of the Emirates FA Cup in midweek, a result which tells you as much about the resources at Wigan’s disposal as their league position does.

Among their number was former Argyle Academy graduate – and later loan player – Christian Walton, whose previous 11 League One appearances for Wigan on loan from Brighton & Hove Albion had seen him concede just two goals.

Cornishman Walton took his place in front of a Devonport end which was so eager to demonstrate their support for the Pilgrims’ recovering No.5 that applause planned for the same minute as Edwards’ number was quite premature. Not that anyone in attendance – including the man himself – minded in the slightest.

Half the division separated the two sides but, on current form, they were first among equals (with Blackburn Rovers) and Argyle’s line-up showed no fear, a decision based as much on a confident run at Home Park that had seen them defeated once since the first week of October as it was an eight-game unbeaten streak through December and January.

Manager Derek Adams stayed faithful to the 4-3-3 formation which allows Carey and Ruben Lameiras relatively free rein in support of Ryan Taylor, and encourages full-backs Oscar Threlkeld and Gary Sawyer to get forward.

Clearly an element of Wigan’s strength is an uncompromising character equal to that of their manager and Argyle were on the end of some robust challenges with which referee Gavin Ward surprisingly declined to find fault.

Chey Dunkley might have been booked for a clumsy lunge on Taylor before he was deceived by Carey’s tricksy touchline run into the penalty area midway through and clipped the Pilgrims’ playmaker’s heels. What might have been a second yellow followed.

Carey converted the penalty, sending the ball right while Walton went left, denied a share of a club-record eighth successive clean sheet at the ground where he was brought up.

The lead lasted two minutes as potential champions did what champions do and responded emphatically. Nick Powell took the ball from defender Nathan Byrne on the right and played a sweet ball in behind the Pilgrims’ defence, to where Grigg had stolen enough yard to poke home.

Powell’s next contribution to the game was to ease Carey aside off the ball, with his arm clearly connecting with Carey’s face. Again, no action was taken, and you felt that Ward might have done better to have tried to discover what was irking the normally mild-mannered Argyle captain Sawyer than lecture him for his out-of-character protests. It seemed much of the game was passing the officials by.

There was more trouble brewing in the final minute of the half as Carey became involved in a push-and-shove with a couple of opposition players that continued as and after Massey put Wigan in front after more good interplay between Byrne and Powell.

Argyle settled to their task, though, and made the leaders work to maintain their advantage.

Antoni Sarcevic is getting into goalscoring positions almost at a whim these days and he twice broke in behind the Wigan defence, forcing Walton into a save from an acute angle and then being thwarted from losing off a clean shot by Burn’s sliding tackle.

Burn promptly made an even more telling intervention at the other end when he used his full 6ft 7ins to rise and meet Max Power’s corner with a header that Remi Matthews had no chance of laying a glove on once Vyner’s unintended deflection had diverted the ball.

A game that had threatened to boil over now simmered down. Argyle blooded Church and he showed a striking threat that bode well for the rest of the season when he got a good head on Carey’s cross from the right but the ball flew over the crossbar.