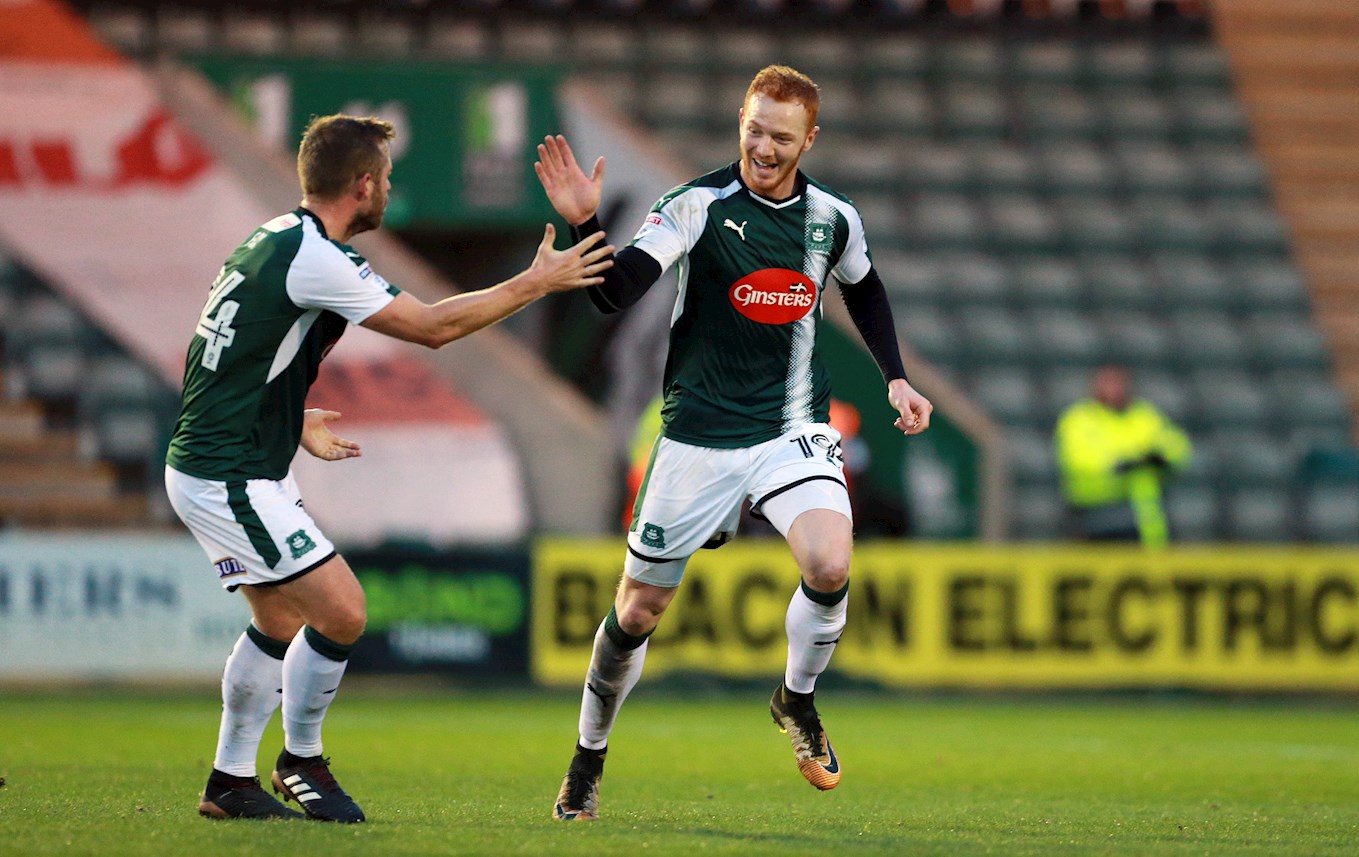 NOBODY at Home Park is bemoaning the club’s 1,000-mile Christmas, least of all Ryan Taylor.

The Argyle forward scored the New Year’s Day goal which gave the Pilgrims a 1-0 Sky Bet League One win over Walsall to leapfrog the Saddlers in the league table and climb to 16th position.

Ryan struck midway through the second half of a match watched by Home Park’s third successive five-figure crowd as Argyle emerged from their hectic Christmas schedule – including successive away trips to MK Dons and Blackpool – ten points and six places better off than before the holidays.

He said: “It’s been a busy period but I think, when you are stringing results together the way we have in the last six games – unbeaten; four wins and two draws – you want the games coming thick and fast, and we have done brilliantly.”

For Ryan, the Christmas rush could not have come at a better time. After breaking his ankle in the first half of the first game of the season, he made his first-team return only in late November and, despite scoring three times in seven starts, is still to reach maximum capacity.

“It’s been perfect for me,” he said, “because I’ve needed the games. I’m slowly getting there – I’m probably not 100% yet – and we’re getting some good results on the way.

“It’s difficult but, when you are confident and you are getting the results that you want, you want to play the games as quick as possible. You’d rather play games, than train, trust me. I like to be involved in all the games and especially when it is going well like this.”

Despite his goals return – his strike at Rotherham recently secured another point – Ryan is not totally satisfied to his scoring contribution to Argyle’s resurgent form.

“I could have had a few more,” he said “I should have scored at MK; could have scored against Oldham with a header at the near post. There’s things to work on and I’ll keep working hard in training, and the goals will keep coming hopefully.”

Saturday’s key moment came after man-of-the-match Ruben Lameiras drove inside and passed the ball to Ryan.

He said: “There was a little scramble. Rubes did his good feet, as he usually does, and he got a little nick through. I took a touch and turned, and just shot in the bottom corner.

“I think the ’keeper has got his hand to it but not enough and it’s gone the bottom corner nicely.”