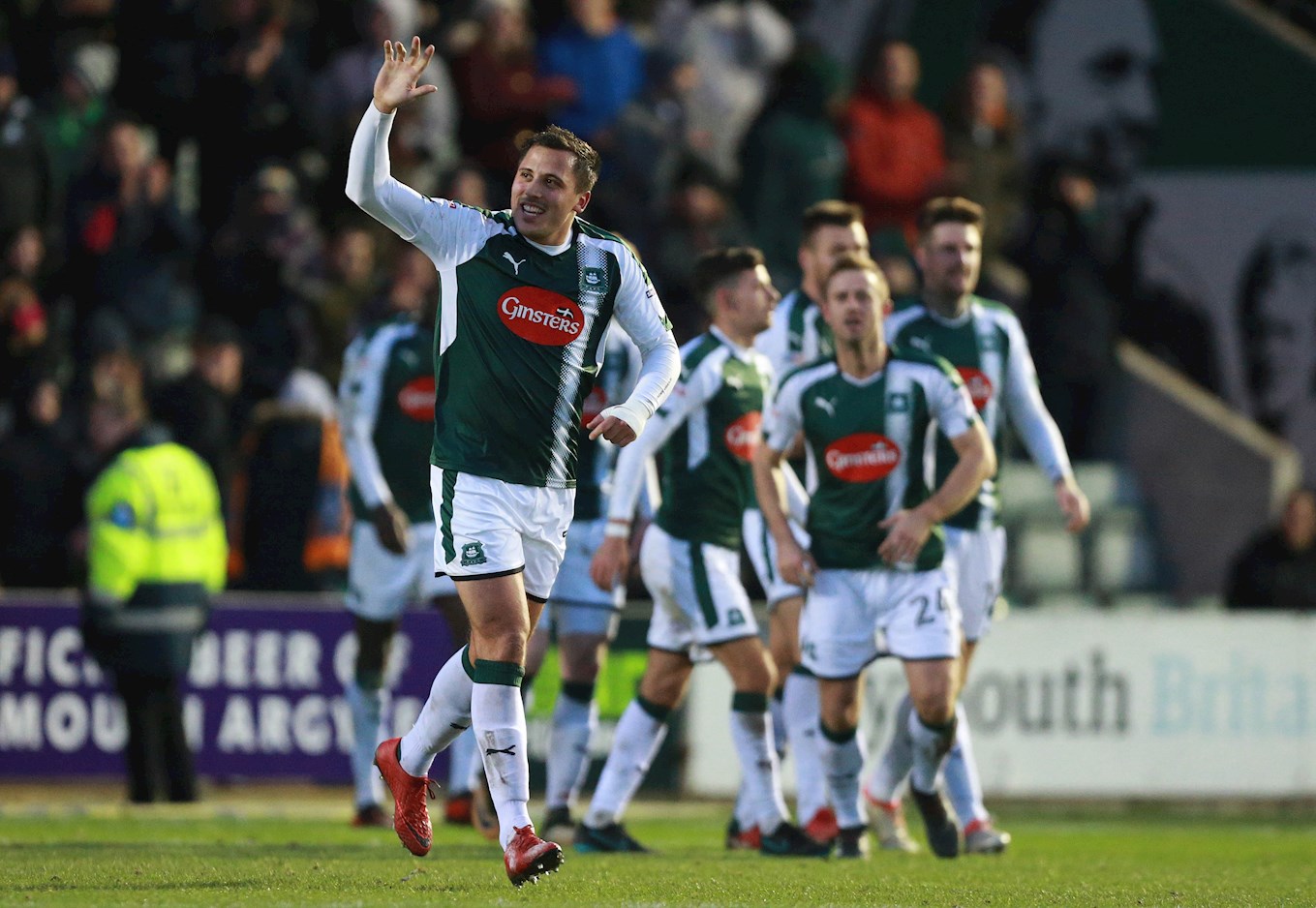 ANTONI Sarcevic was convinced there was one on the way.

After missing several chances in a win over Bury, in which Toumani Diagouraga and Graham Carey had put the Pilgrims ahead, Sarce finally got on the scoresheet to complete the Pilgrims’ afternoon – and his own perfect day. Not only did he play well and score, but he did so in front of his newly pregnant wife.

The goal was his first since February 14 against Leyton Orient and Antoni admitted it was a relief after manager Derek Adams had been on his case to chip in more.

“I got a chance in the first minute,” said Sarce, who had an impressive game. “I was frustrated and should have done better. I had a couple little chances and you just think is it going to be your day? But, it was nice to get one in front of my little one and the wife. She’s pregnant again so it’s just all nice at the minute. Obviously I’m made up with the goal and hopefully I can push on and get more goals.

“With G [Graham], Rubes [Lameiras] and [Ryan] Tayls you’re always going to get another chance. So, I kept pushing and getting myself in there and luckily one paid off. The gaffer literally every game, half-time, before the game – jokingly says ‘come on’ and thankfully I got one for us today.”

The Pilgrims have moved into the top half of the table for the first time since August 19 with this, their fifth home win in a row. Sarcevic felt that the Greens were starting to get value for their performances in recent weeks, whereas at the start of the season they were not.

“It’s cliché to say but, I think we have warranted the results,” he said.  “The start of the season obviously didn’t go to plan but, I never thought we were out of our depth.

Sarcevic made back-to-back League starts for only the second time season after picking up niggling injuries which hampered his performances and chances of getting into the team. He is delighted to back in the starting eleven for which confidence is at a high.

Antoni said: “Confidence is such a massive thing for players inside the squad. We are such a tight knit group and we are all good lads. It shows out on the pitch, we have the license to do things and it shows it’s nice to watch and be a part of.

“It was so frustrating. I was playing with niggles and it just wasn’t helping myself and the team. So, I finally got that sorted and I’m definitely going to enjoy the rest of the season.”