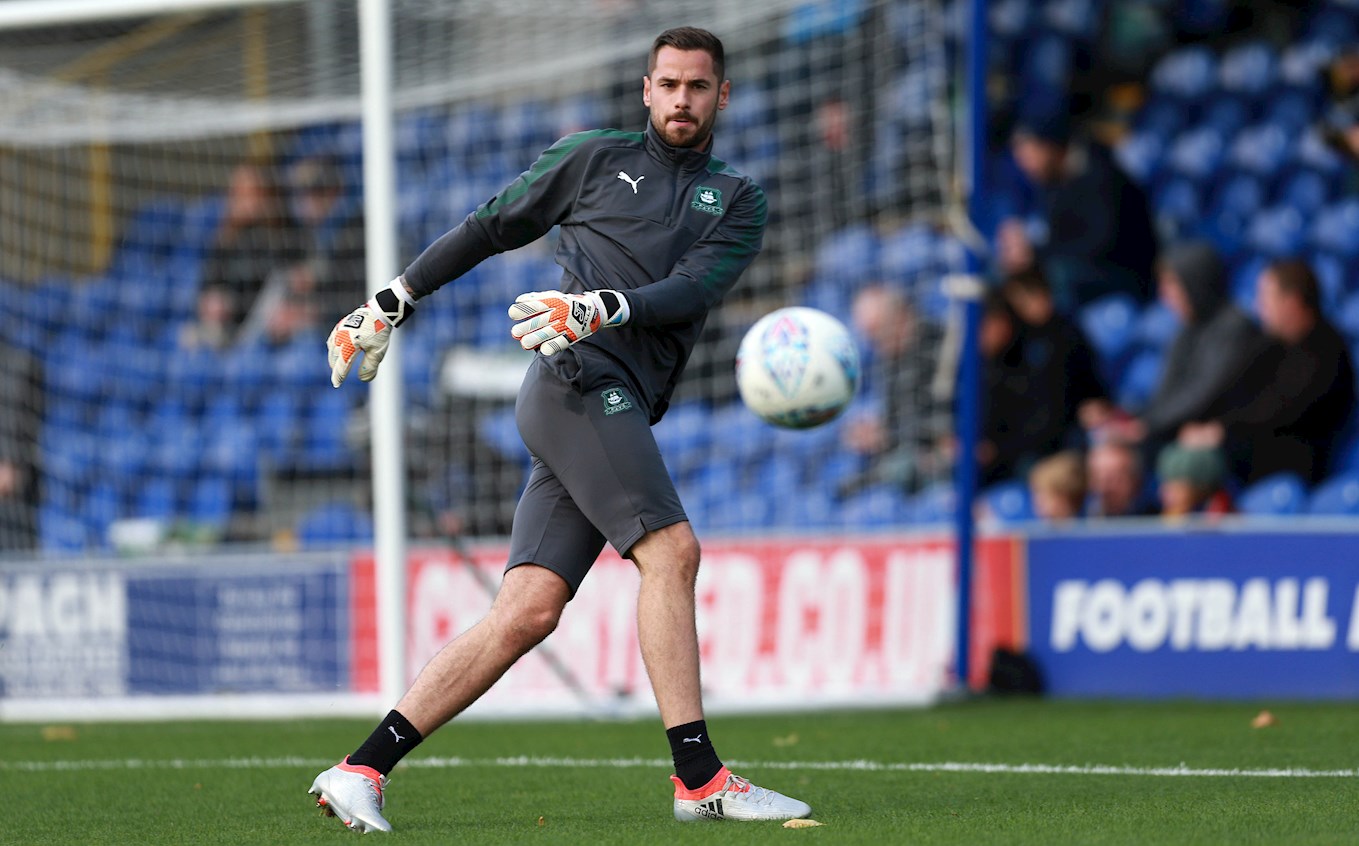 GOALKEEPER Remi Matthews is delighted to be back at Home Park for the rest of the Sky Bet League One season after his initial emergency loan spell was cut short by injury.

At Fratton Park, in Argyle’s 1-0 defeat against Portsmouth, Matthews collided with Pompey forward Oliver Hawkins. Remi concluded the game, but afterwards had to return to parent Norwich to get the injury treated.

“It was a disappointing one for me, we were going so well,” said Remi of the loan’s conclusion. “It ended horribly at the end, I’m not sure he (Oliver Hawkins) is even back playing yet. I was lucky to come off better than I first anticipated.

“If I’m honest the first few days, I was a little bit worried. But I went back down the road and got the rehab I needed and the treatment I needed and made a quick recovery.”

Remi had always hoped he could return after limping off at Portsmouth and was in regular contact with Derek Adams about the possibility of coming back to Home Park.

“He spoke to me about it before I left in the first place,” said Remi. “But, like anything, you never know what is going to happen. Kelle [Roos] did well and Luke got himself back fit but unfortunately got injured again. So I had it in the back of my head, I was speaking to my agent regularly and the gaffer, and luckily it did pan out the way I wanted it to.”

Amid Argyle’s goalkeeping injury crisis Adams has now snapped up Matthews on loan until the end of the season. Since his return to the club the Greens have picked up four points from two games and Remi believes Monday’s win over Walsall was a big boost for the squad after conceding the late equaliser against Blackpool two days earlier.

“[Blackpool] was a tough game considering us going 2-0 up,” he said. “But, again, we look back and it is another point on the board for us. As much as we would have liked three if you look at the second half I wouldn’t say we were lucky but we saw it coming.

“It was still another point on the board and since I’ve been here four points from two games is a good start.

On the win over Walsall, Remi said: “It’s a massive boost especially beating a team to go above them. The big thing before the game was if we beat these we go above them and if we don’t they make the gap bigger. Luckily we did, if I’m honest I thought we were the better team and deserved the win.”

With Argyle unbeaten in six Sky Bet League One matches they welcome bottom of the table Bury who have lost their last five league matches. Matthews knows not to take teams at the bottom of the table lightly, especially in light of Bury adding players to their squad, including experienced forward James Hanson.

“As you’ve seen, they have just signed the big lad upfront who will be a handful,” said Remi. “There is going to be a bit of movement in January; sometimes it’s those games that catch you out.

“They are sometimes the harder games and we have got to be professional enough to get the result and move further away from the relegation zone.”