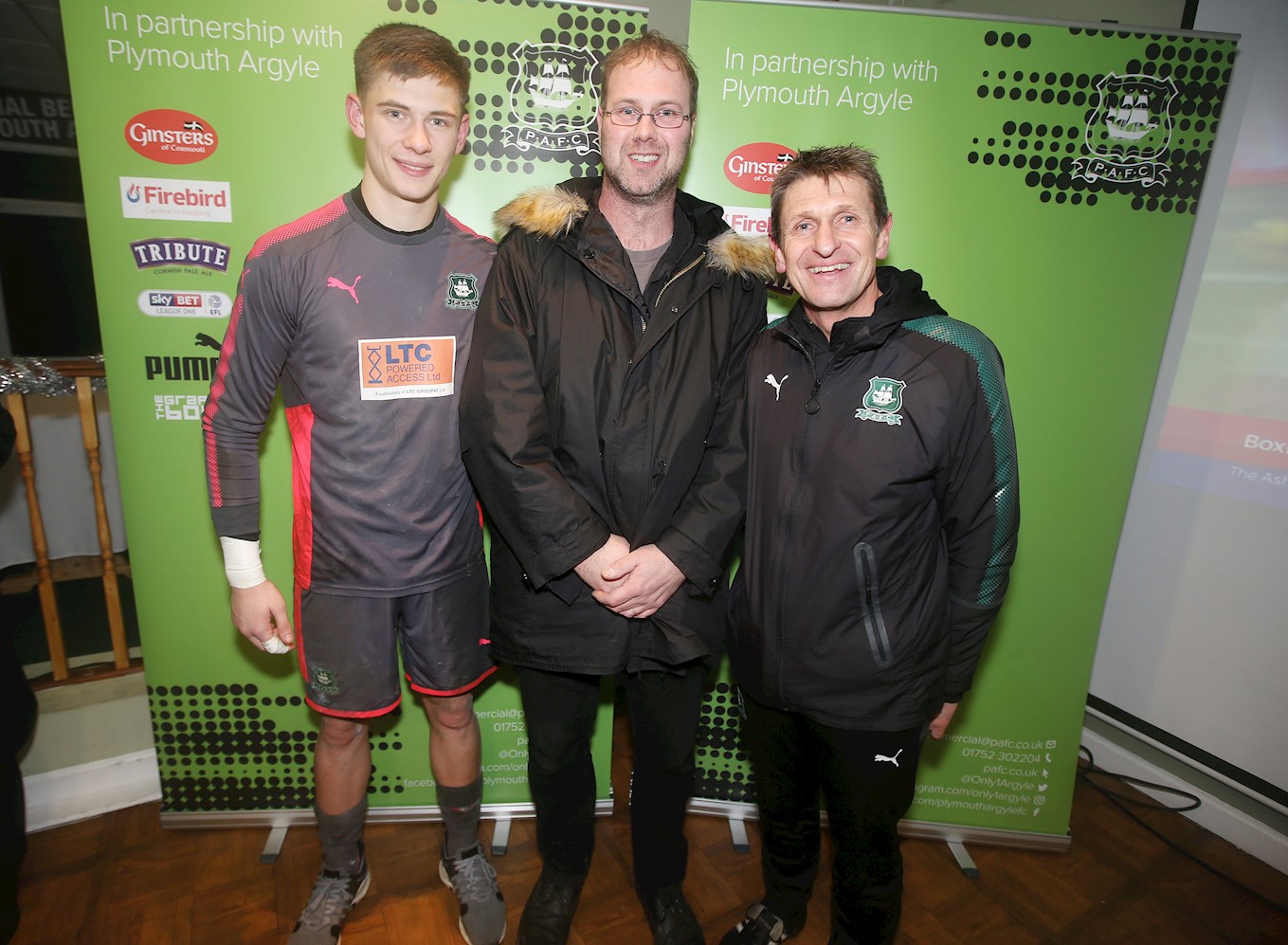 IT was a very nice early Christmas present for Mr Keith Greening from Plymstock, as he picked up the top prize of £12,000 in our Grand Annual Draw for the Big Green Lottery.

A lifelong Argyle fan, Keith joined us at Home Park for the historic FA Youth Cup win over Manchester City as one of the ten finalists in the Grand Draw.

All 10 finalists were randomly assigned a player from Argyle starting outfield team and the winner of the £12,000 was the finalist who had the scorer of Argyle’s first goal. As it transpired, the game finished 0-0 and we won a dramatic penalty shoot-out.

It all led to a very simple drawing of one envelope from the 10 finalists and a shell-shocked Keith Greening took away the prize.

“It didn’t actually register with me at first,” said Keith. “I saw my name on the paper as the winner but it certainly took a few seconds to sink in.

“I am planning on treating myself with the money. My girlfriend and I are celebrating our 25th anniversary in May, so we’re looking to do something special.

“I joined the Big Green Lottery when it started as the Argyle Foundation. I have always been an Argyle fan, I live in Plymstock and have always followed the club.

“I started watching Argyle with my Uncle in the 1980s.It was around the time Tommy Tynan had returned to Home Park from Rotherham and he promised we would see some goals with Tommy in the team. I’ve been going to Home Park ever since.

“The win over Manchester City was incredible and yet very strange to watch a football match when you want only one person to score. It was a great night and they did so well to get the result.

“It did surprise me the quality and level of football from these youngsters. It worked nicely for the Big Green Lottery draw fitting into a Youth game, as the scheme is all about raising money for the Academy.”

If you would like to be in with a chance of winning £12,000 next year, now is the time to join, as every week of being a member gives you a greater chance of being in the final 10. BGL members can also win £500 in our monthly draws, the £100 weekly rollover and benefit from big match ticket priority and money can’t buy prizes.