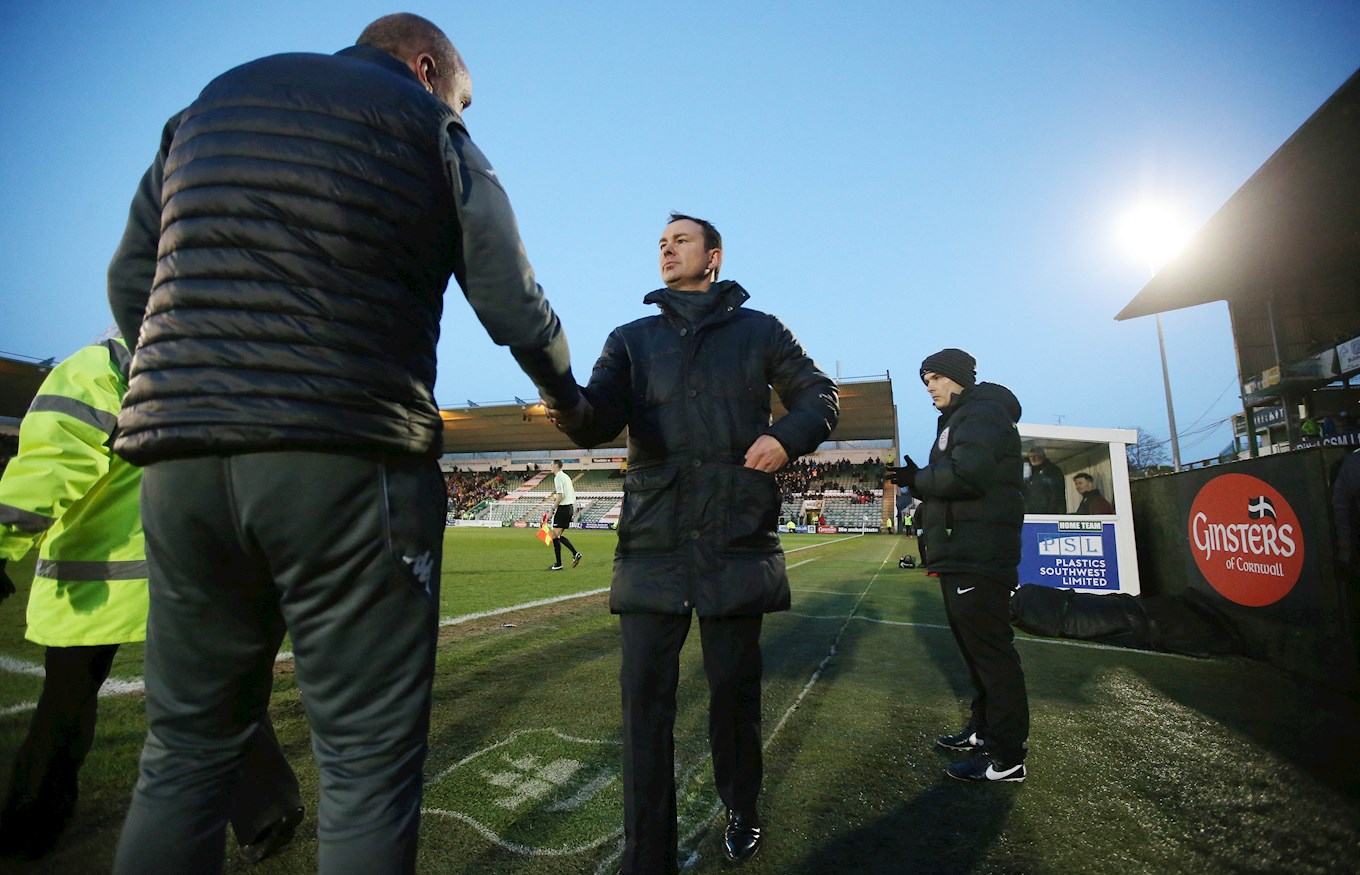 TWO new Argyle arrivals made their debut in the 3-1 defeat to Wigan Athletic, and manager Derek Adams is buoyed by the quality and depth that Zak Vyner and Simon Church bring to his squad.

Bristol City loanee Vyner started at centre back against the Latics, whilst Church was a second-half substitute. Neither were able to prevent the Pilgrims from falling just short against the league leaders, as goals from Will Grigg, Gavin Massey and Dan Burn nullified another excellent Argyle performance.

Despite the loss, both players took their chance to show what they will offer to Argyle’s remaining 17 games of the season, with Vyner quickly slotting in nicely to Derek’s defensive ranks.

“I thought he was very good today,” said Adams on Zak. “His reading of the game was good. I thought his passing was excellent at times and he was composed. It’s not easy coming into your first game, after training with us on Thursday and Friday, and put in a very good performance.

“It looked like he had been playing quite often today. I think the understanding, the way he passed the ball into midfield, the way he knocked the ball into the strikers with the accuracy at times that he did; it’s beneficial. He’s got good pace and he reads the game well.”

Church’s physicality and experience made sure he was a handful for Wigan defenders in the latter stages of the game. He came on later in the game, shortly before Ryan Taylor was taken off as a precaution after picking up a slight ankle injury.

“I think he did in the first half,” said Derek on Taylor’s knock. “He went over it, so he was just playing with in the second half. He just needed to settle it down again and hopefully he’ll be okay.

“He’s the type of striker we like to take in,” said Adams on his new striker. “He links up play – a similar role to Ryan Taylor – and gives us an advantage with 17 games to go of having two strikers who play in a similar mode to the rest of the team. We can see when we play that way that it’s advantageous to the game.

“We’re delighted. He’s got 38 caps for Wales, he’s 29 years of age, and he is looking to kick-start his career again because of injury. He wants to do well between now and the end of the season. From my point of view, it’s a win-win situation.

“We’ve got competition for places, and it’s important we have that.”