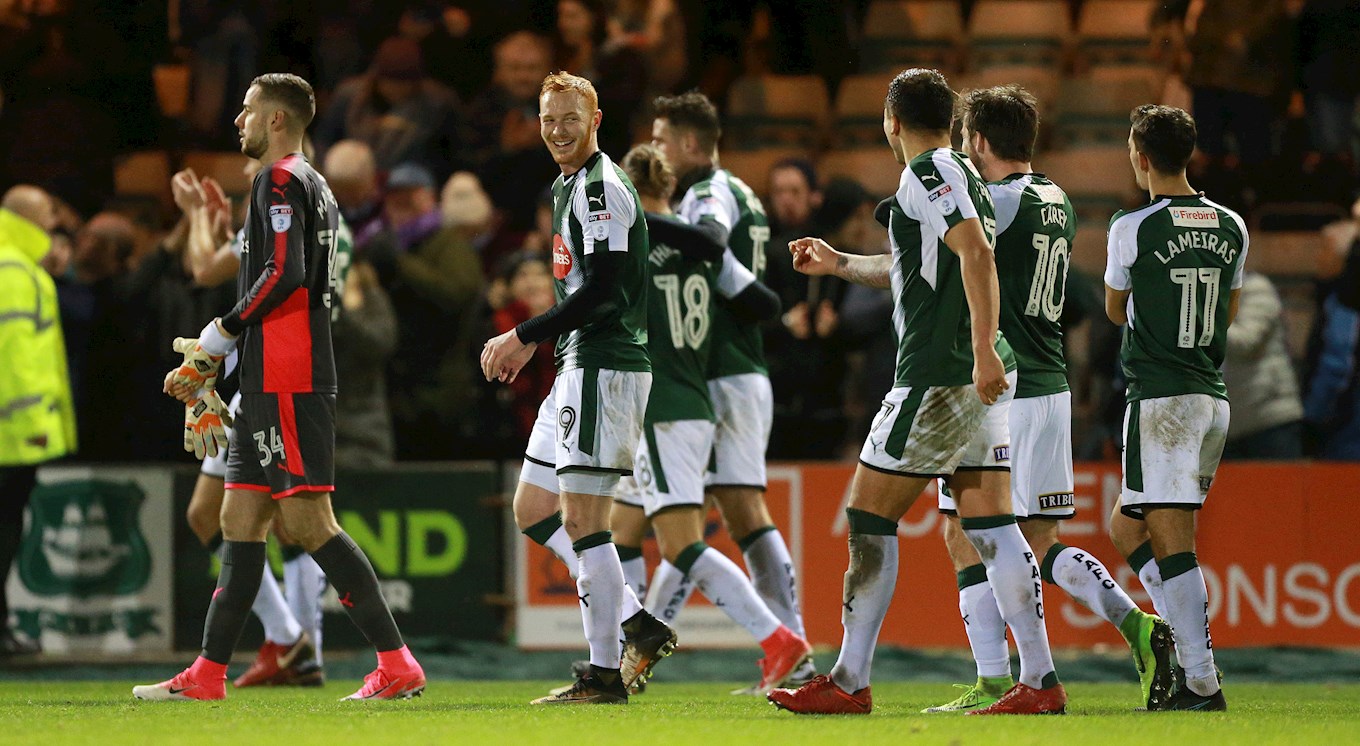 THE growing confidence at Argyle means that the Pilgrims are no longer looking over their shoulder.

Monday’s 1-0 home victory over Walsall lifted Argyle to 16th in Sky Bet League One, five short weeks after defeat at Portsmouth had left them bottom of the division.

After four victories and two draws – both in matches when the Pilgrims were leading entering stoppage time – the collective focus is on higher things going into Saturday’s home match against struggling Bury, according to match-winning goalscorer Ryan Taylor.

“Now we are looking up the league,” he said. “We’re dragging other teams into it, slowly but surely, and there is not much of a gap between us and the teams above. So we will be ready to push on, come Saturday.

“There is a lot of confidence in the players at the minute and I think it’s showing on the pitch. When everyone is confident, things start to look good and come together nicely.

“There are loads of teams creeping into our vicinity now. We have just got to keep that confidence there.”

The victory, achieved through Ryan’s 68th-minute strike at the Barn Park end, came after the frustration 48 hours previously, of conceding a late equaliser at Blackpool –a replica of a similar earlier result in Yorkshire.

Ryan said; “Even the Rotherham game before that – we were disappointed that we chucked two points away there – but it shows we have come a long way, to be disappointed with draws when were bottom of the league, rock bottom, a couple of months ago.

“It’s a massive three points for us and we hung on very well. The team spirit showed there.”