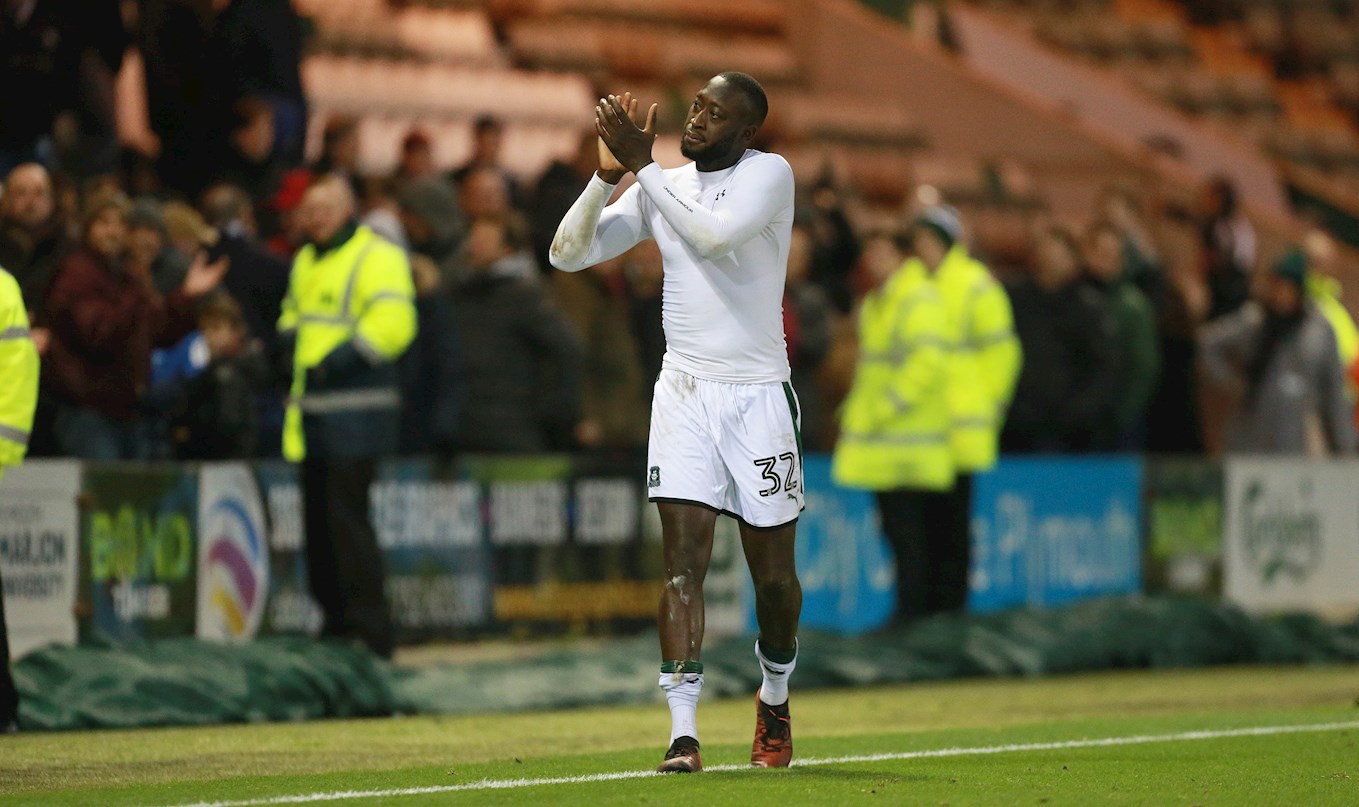 With the Frenchman’s deal at Home Park ending after the win over the Shakers, it was rather fitting that he would head in the opening goal on 14 minutes, with Graham Carey and Antoni Sarcevic rounding off the result.

At full time, Diagouraga offered his shirt to the Green Army and took time to applaud them. The writing appeared to be on the wall and, shortly after, his boss would confirm the belief that Toums is heading for pastures new – and north. Derek also reaffirmed his intentions of bolstering his squad to cover for the midfielder’s departure.

“It looks like he’s played our last game for us and he’s moving on,” said Adams.

“He’s done well for us. I’m delighted with the contribution he’s made to the football club. In the games that he’s played, he’s done exceptionally well. We’d have liked to keep him. Unfortunately, he’s chosen to move further north.

“We’ll look within the club and also out [for a replacement]. We’ll try to strengthen the position. Toums has done exceptionally well. He’s scored three goals since he’s been here and been a big part of why we’ve been successful.”

Sarcevic, who has also excelled in the middle of the park in recent weeks, also took time to thank and compliment Toums for his contribution towards Argyle’s upturn in form.

“Like you’ve seen with the results when he is in the team, it’s such an unbelievable record,” said Antoni. “He is such a good lad. He has come in and settled really well and he has given us all a little boost.

“You can tell he has been at a higher level and he has helped a lot of lads out, including myself, so it’s only good for players like myself to play with him and take things off him. We all wish him the best in the future and hope he doesn’t do too well at his next club!

“It’s not a one-man team and we can’t dwell on that. Hopefully the gaffer, the board or whoever can bring in a replacement and hopefully they can settle in to what we have going on at the minute, because it’s good.”