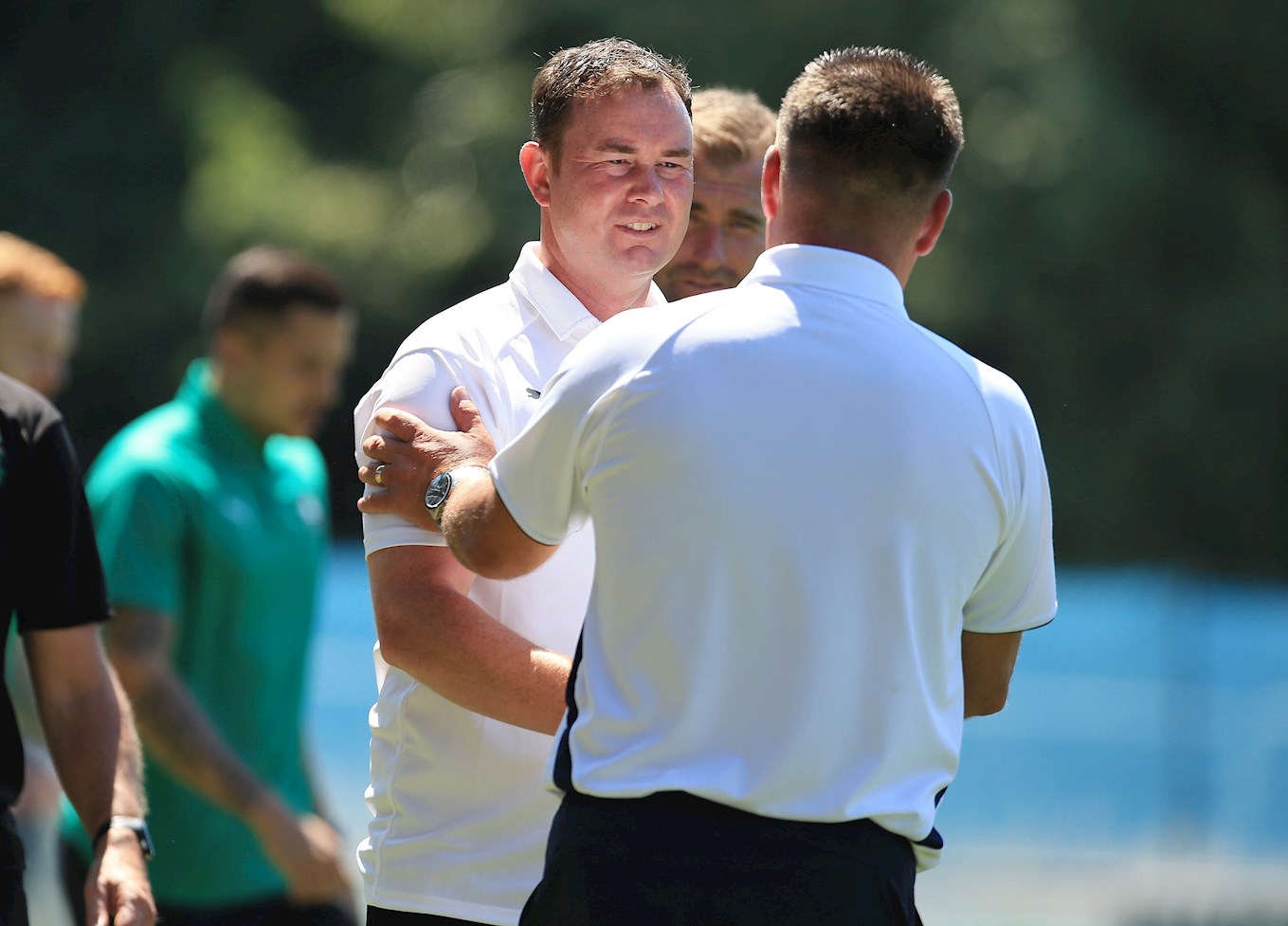 ARGYLE manager Derek Adams declared himself delighted after the Pilgrims began their pre-season fixtures with a victory but underlined there was still plenty of work to be done before the Sky Bet League One season kicks off next month.

Twenty-two of the first-team squad enjoyed 45 minutes game-time each in the 4-2 local derby victory at Plymouth Parkway, including all ten summer signings. The starting line-up sent the Pilgrims into half-time with a 2-0 lead thanks to goals from Gary Sawyer and Conor Grant; honours were shared 2-2 after half-time, with Joel Grant and Ryan Edwards scoring.

Derek said: “I was happy with the run-out. We’ve obviously played 11 in the first half and 11 in the second half just to get the legs going and to get a game, and it’s served that purpose.”

The match was played before a healthy four-figure crowd in the mid-day heat, conditions not unlike those which have accompanied daily training since the players reported back on June 28.

“I think we’ve got nearly 2,000 here today, which was good,” said Derek. “For both sides, it was hugely beneficial.”

“[The heat] has not impacted us at all. We have just got on with it and worked very hard, and the players are in very good shape.

“The players have benefited but we have still got a lot of games to play in pre-season and a lot of training to do.”

Kyle Letheren, Antoni Sarcevic and Ryan Taylor were missing from the match, with the latter two still suffering from the rigours of the 2017-18 campaign.

Derek said: “They haven’t recovered from their injuries from last season so we’re just waiting for them to come back. They are still with the physio team.

“We are only a week into pre-season training and they will be ready to play games.”

They might find themselves with another new squad-mate when they are.

Derek said: “We have got one more signing to do that will probably be a central midfield player.

“There is nothing close at this moment in time but we have got players we are speaking to.”