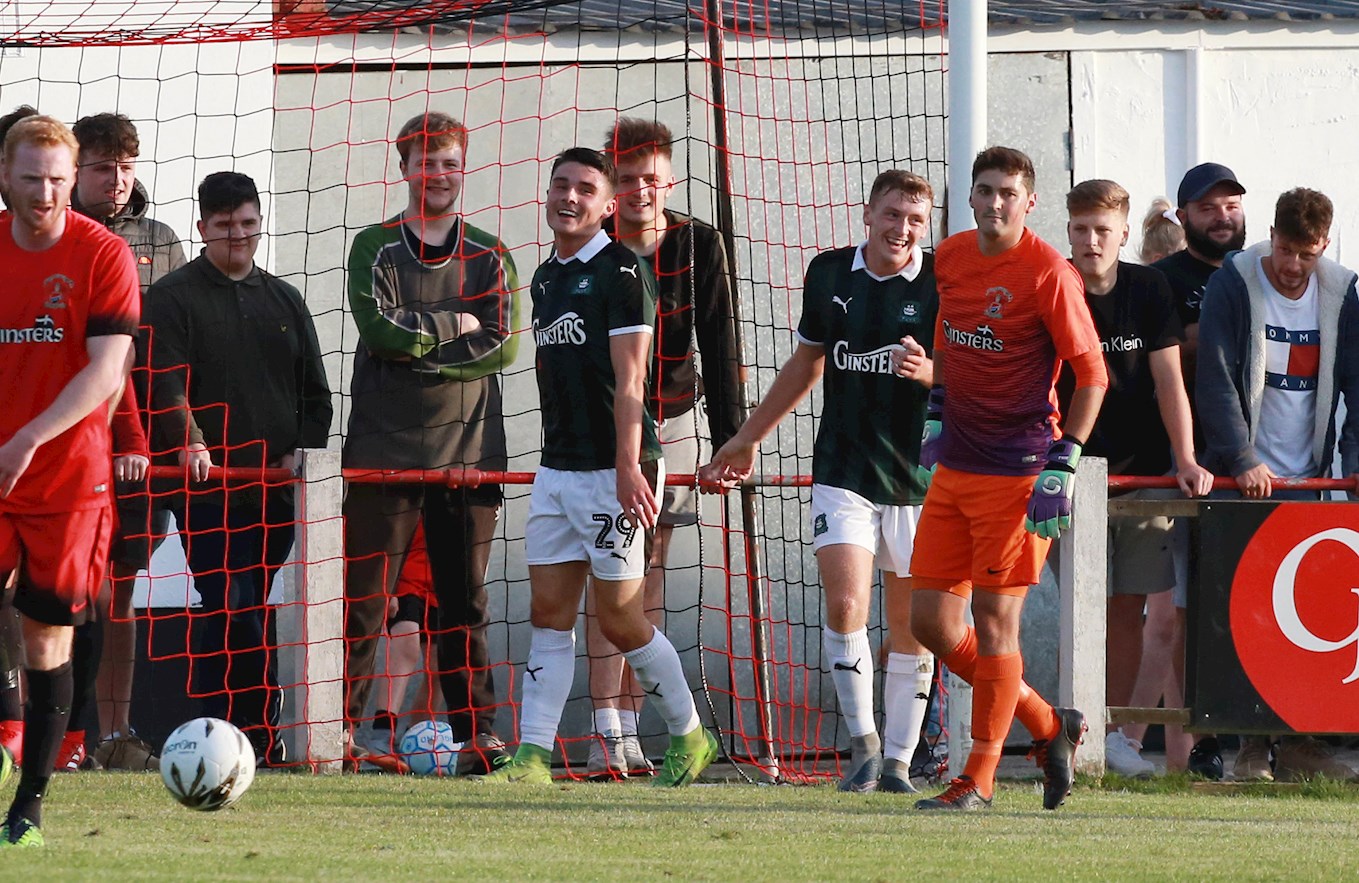 THREE and a half weeks after opening their build-up to the new Sky Bet League One campaign at Plymouth Parkway, Argyle took their final pre-season curtain call with a comfortable victory at Marshfield Parc.

Their South West Peninsula League Premier Division hosts had laid out the green carpet for Derek Adams’ men, and the Cornish venue – close to the home of the Pilgrims’ main sponsors, Ginsters – proved a fine place at where to wind down the preliminaries to the new season.

Argyle’s starting line-up was, as promised, a mixture of Under-18s, reserves and first-team squad members, with Tafari Moore, Joel Grant, Lionel Ainsworth and Peter Grant, who captained the side, representing the latter category.

The result was never in doubt from the moment Jephcott, played in from deep by one of a series of exquisite passes from the skipper, turned swiftly and fired home, but the result was less important than the event.

Fletcher applied a typical volleyed near-post finish to Joel Grant’s cross to extend the lead, before provider Grant also got on the scoresheet with a fine shot. Jephcott tapped home after good work by Fletcher for number four, and Sangster stepped up to convert a penalty as the Pilgrims went nap before half-time.

Fletcher added his second six minutes after the break with a looping header following Ainsworth's cross but it was half-an-hour more before the Pilgrims added to their tally again, substitute Alex Battle completing the scoring for the night with a finisher's strike.

In between times, amid a raft of substitutions from both sides, only the woodwork, some wayward finishing and, mainly, the sheer cussedness of the home defence prevented Argyle from adding more to their total as they maintained a relentless tempo.