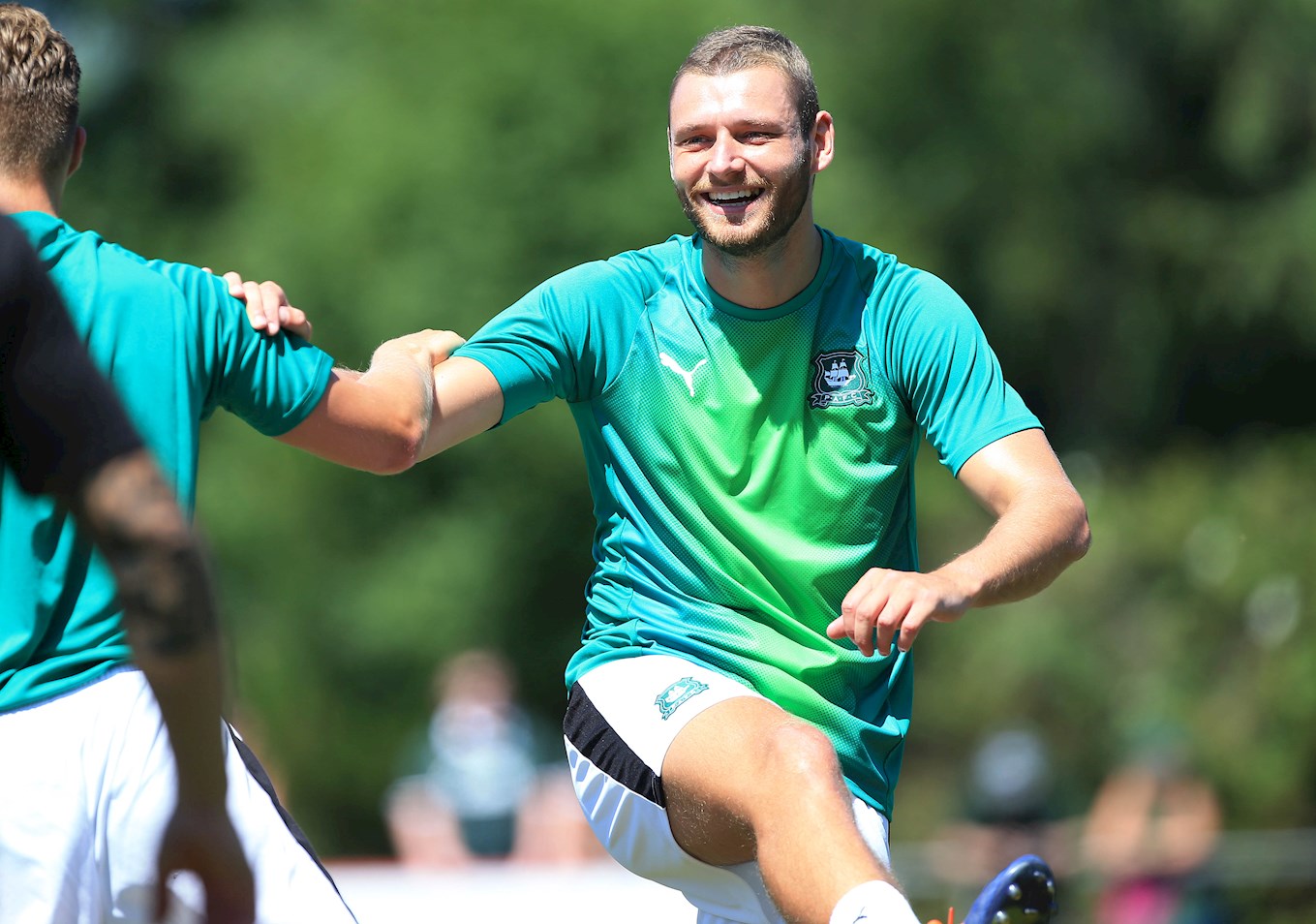 Eddy scored Argyle’s fourth goal in their 4-2 victory at Plymouth Parkway, his first taste of action since mid-January, when he was also on the scoresheet in a Sky Bet League One 1-1 draw at Doncaster Rovers.

Which pairing starts in the season opener at Walsall on the first Saturday in August will be decided over the next three weeks.

Eddy said: “We knew there were going to be changes and what it has done is brought extra competition this year. I think there are two in every position almost and it’s up to you – if you get the shirt, you’ve got to keep it.

“You’ve got to get the shirt first and that’s my aim. It’s not about me coming back from illness and getting straight back into it – I’m not going to get given the shirt; I’ve got to earn it, especially with the lads that have come in. They are all good players and I know I’ve got a fight on my hands.

“What I will say is that I’m ready and I will be ready for August 4, and I’ll do everything I can to get that shirt and then keep it.”

Eddy is just over a week into his second season as a Pilgrim and, with ten new signings since the end of the last campaign, is now a senior member of the home dressing-room.

He said: “We only been in for ten days but it feels like we’ve been together for a month – they’ve settled in really quickly. We’ve got a good bunch of lads and they make people feel welcome, as they did with me last year.

“You need that tightness together. It’s a long season and you need everyone.”