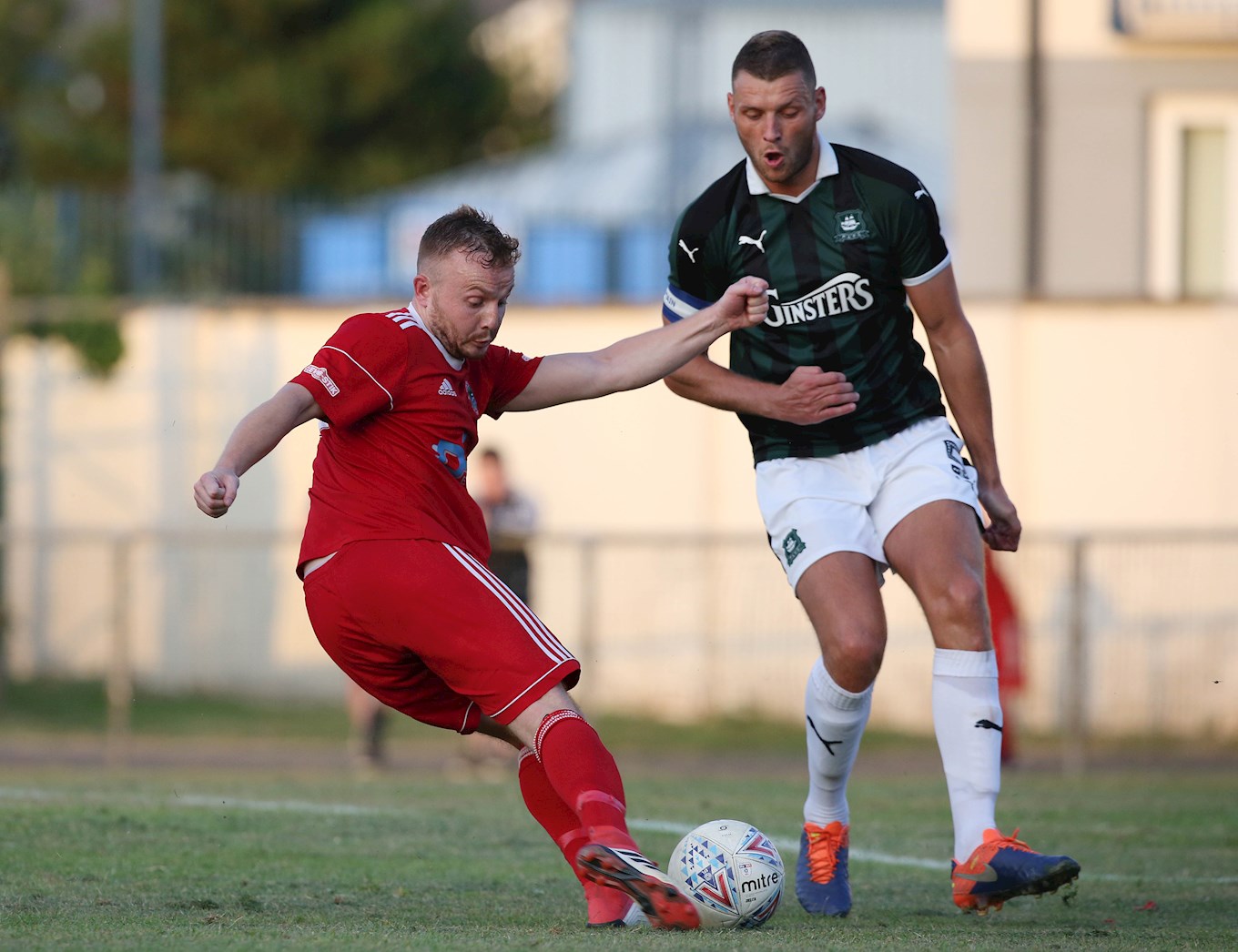 AFTER Ryan Edwards became the first senior Argyle player to complete 90 minutes twice in pre-season, manager Derek Adams was full of praise for his defender.

Edwards was commended on both on the way he has conducted himself since re-joining the squad, following his absence, recovering from testicular cancer, and his determination to get back into the fold.

Derek said: “Ryan Edwards is up there with everybody else; he’s perfectly fine, he’s trained exceptionally well. Fitness in-game doesn’t look a problem and he doesn’t look as if he’s been away. He’s the same person who was here last season.

“That’s testament to him, he’s a strong character, he’s worked ever so hard over the summer, and he’s put himself in a very good position.

“To be in the situation he was in, to be where he is now and not notice any difference, is testimony to him.

“He’s obviously had a great deal to effect himover a number of months; he hasn’t shown that to anyone and that’s great for him.

“He can be a leader; I thought this was a role for him to come back into to say ‘welcome back’. It’s great to have him back.”

Derek re-iterated that at this stage of pre-season the focus is on the players’ fitness levels a 3-0 win at Bideford keeping their 100% pre-season record intact.

“At this stage of the season it’s just about playing 90 minutes and getting that game time in,” said Derek.

“It’s not easy for the players because the pitch is very dry, it’s very difficult to get the ball down, we had been to Torquay last night and you’ve seen how good a pitch that was, so that’s the difficulty.”