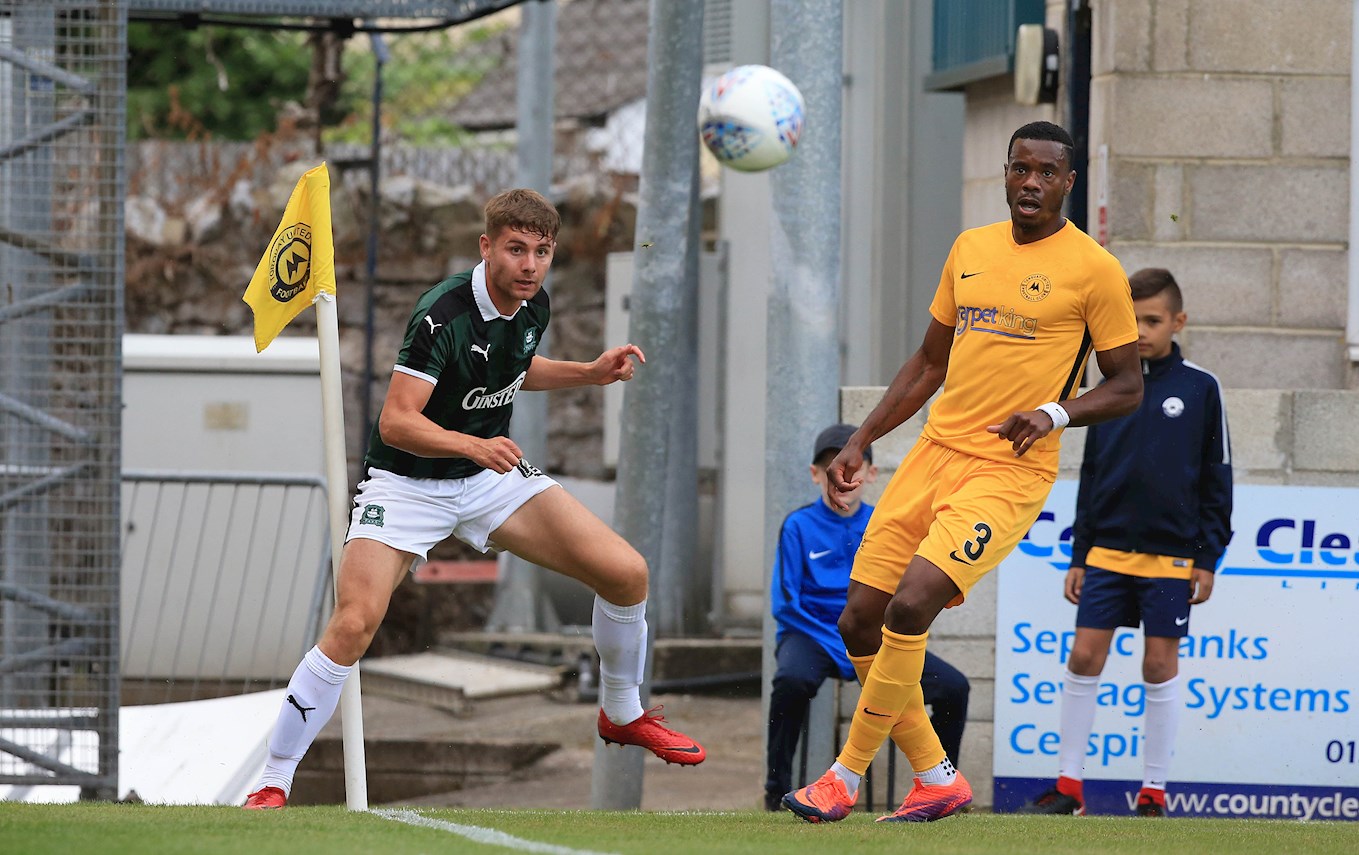 ARGYLE boss Derek Adams says he’s happy with his side’s pre-season progression following Tuesday night’s 1-0 win over Torquay. The gaffer was happy to see his side breakdown a stubborn Gulls outfit, who provided a significant test at Plainmoor.

The only frustration for the Scot was that his Greens did not win more comfortably.

He said: “I thought we were very good tonight, I thought the way we passed the ball and created chances, over the 90 minutes it was a very good performance.

We played exceptionally well at times, we moved the ball, we created numerous opportunities, and we could have scored a lot more.”

It is only fair to allow for some rustiness as we gear up for the season opener against Walsall. It was evident at this stage of proceedings, that there is far more emphasis on the players fitness levels, over the final outcome.

“At this stage of the season it’s going to be that way,” said Derek. “It’s nearly three weeks to go until the first game of the season but I’m happy with the performance because we played the majority of the players for 90 minutes, and that’s important. Torquay obviously changed a good few of their players so we just kept on going.

“That was always the plan (to give the players an extended run) we have two games this week so the rest of them will get game time at Bideford then we’ve got Yeovil on Saturday. It’s important at this stage of the pre-season we got 90 minutes under their belt.”

In terms of action on the park, the boss was happy with what was on show as a gritty Torquay were eventually breached just after the hour by Graham Carey.  He also praised the state of the pitch which he felt was conducive to helping Argyle implement their free-flowing style.

He said: “It suited us, the way we passed the ball and kept possession and opened Torquay up at the times we could because they were very difficult to break down. They went from a three at the back to a five at the back, at times it was difficult to find space. I thought everybody was very good on the ball, its important that we have that in our team because we have got players that can open up opposition defences as we have seen tonight.”