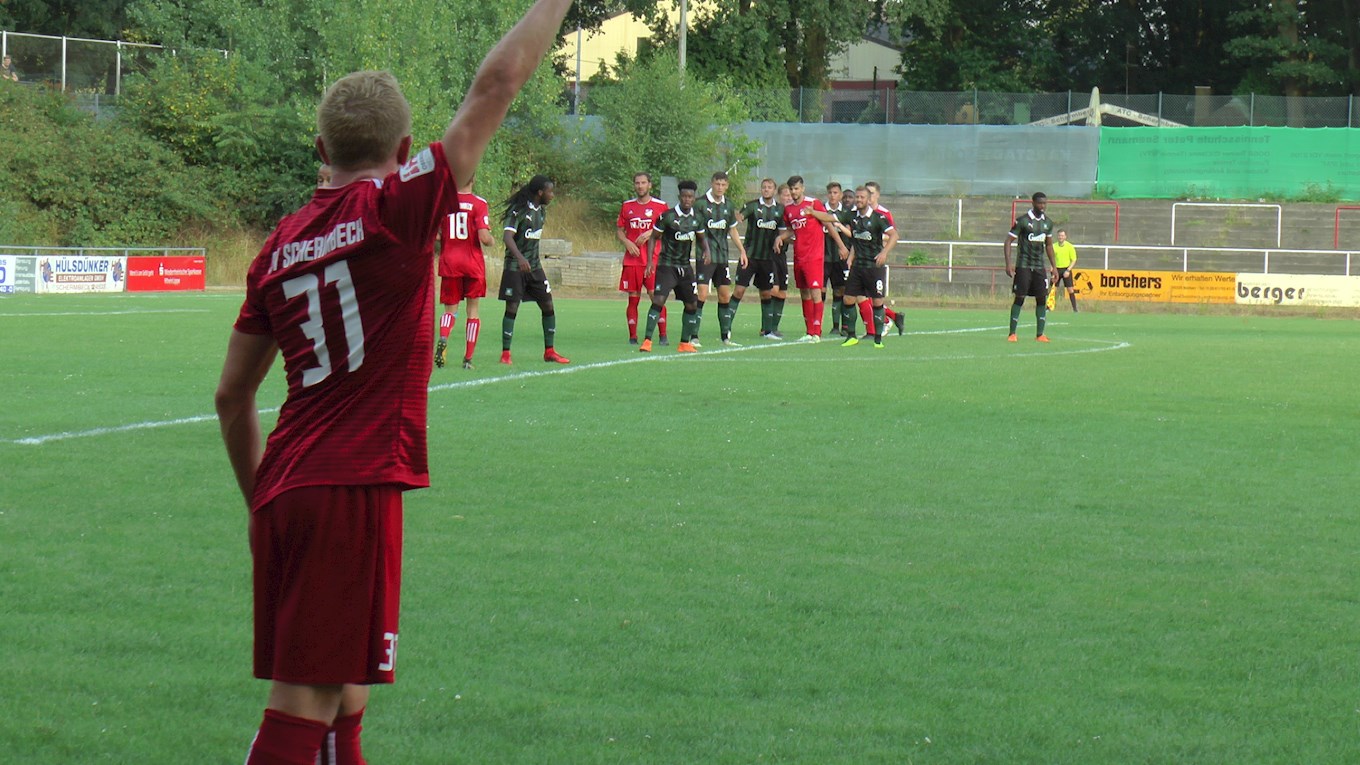 IN a week where some were reminiscing over a friendly with Real Madrid almost exactly a dozen years ago, Argyle's latest sojourn into Europe did not leave such an indelible mark on those in attendance.

Calum Dyson's late goal gave Argyle the victory against SV Scherbeck of Germany, but we will not be rushing out the DVD of this one into the club shop. It was a struggle to watch.

But - and this is an important clause - the work done by the 10 players who played 90 minutes will surely be minutes in the fitness bank to be cashed in later in the season. That is much more important.

It may well have been a 6.30pm evening kick-off in the west German town, but it is hard to imagine that anyone on show will play in greater heat this season - apart from perhaps later this week, of course.

Factor in a truly shocking playing service - sprinkler heads you may expect to see near a Carnoustie green appearing between centre spot and 18-yard box, gravel by the touchlines, ruts aplenty - and this was not an occasion for attractive football, sadly.

That, admittedly, was a shame for a smattering of the Green Army who had made it to the Volksbank-Arena. Fair play to them. You get the feeling that if Argyle played a friendly on the surface of Neptune there would be a few hardy souls in green rocking up. "We 'ad a bit of traffic coming out of the Earth's atmosphere, and we turned left instead of right in the asteroid belt, but we're 'ere now. They got any pasties or nort?" Wonderful people. The best.

There is very little to tell of the game. It was a welcome 90 minutes of action with senior colleagues for Michael Cooper and Cameron Sangster. The latter was asked to play in a couple of different midfield roles, while the former kept a clean sheet, including two quite smart saves that needed quick reactions.

That was a mark of Argyle professionalism on the night. They continued to try to play the right way, treated it as a good exercise in shape and other important basics, and kept at it. Their hosts were full of enthusiasm and vigour, but other than the snapshot and deflected cross that Cooper dealt with, Schermbeck's hustle fizzled as quickly as it ever started.

Argyle struggled to create much, it has to be said, but credit above all to Calum Dyson, who for at least 80 minutes looked the most alienated man in northern Europe. Dyson managed to get a caution in a relatively tame pre-season friendly for a reckless tackle, and in truth he probably deserved it. But while not defending the fact he made a late challenge, one feel obliged to say that it must have been mighty frustrating to be marked by defenders, of whom it seems fair to use the adjective 'robust', while noting that a little fingernail by Dyson on either of his marker's collars would be called a free-kick against the Greens.

In the end, it was a lesson in perseverance, as Dyson kept plugging away, trying to do the right thing, and was rewarded. Sangster had been felled to earn Argyle a free-kick, which Lionel Ainsworth hung up to the far post. Peter Grant's header across goal found a lurking and oh-so-grateful Dyson, who finished the move off, and ended his game on a previously-unlikely up, rather than a downer.