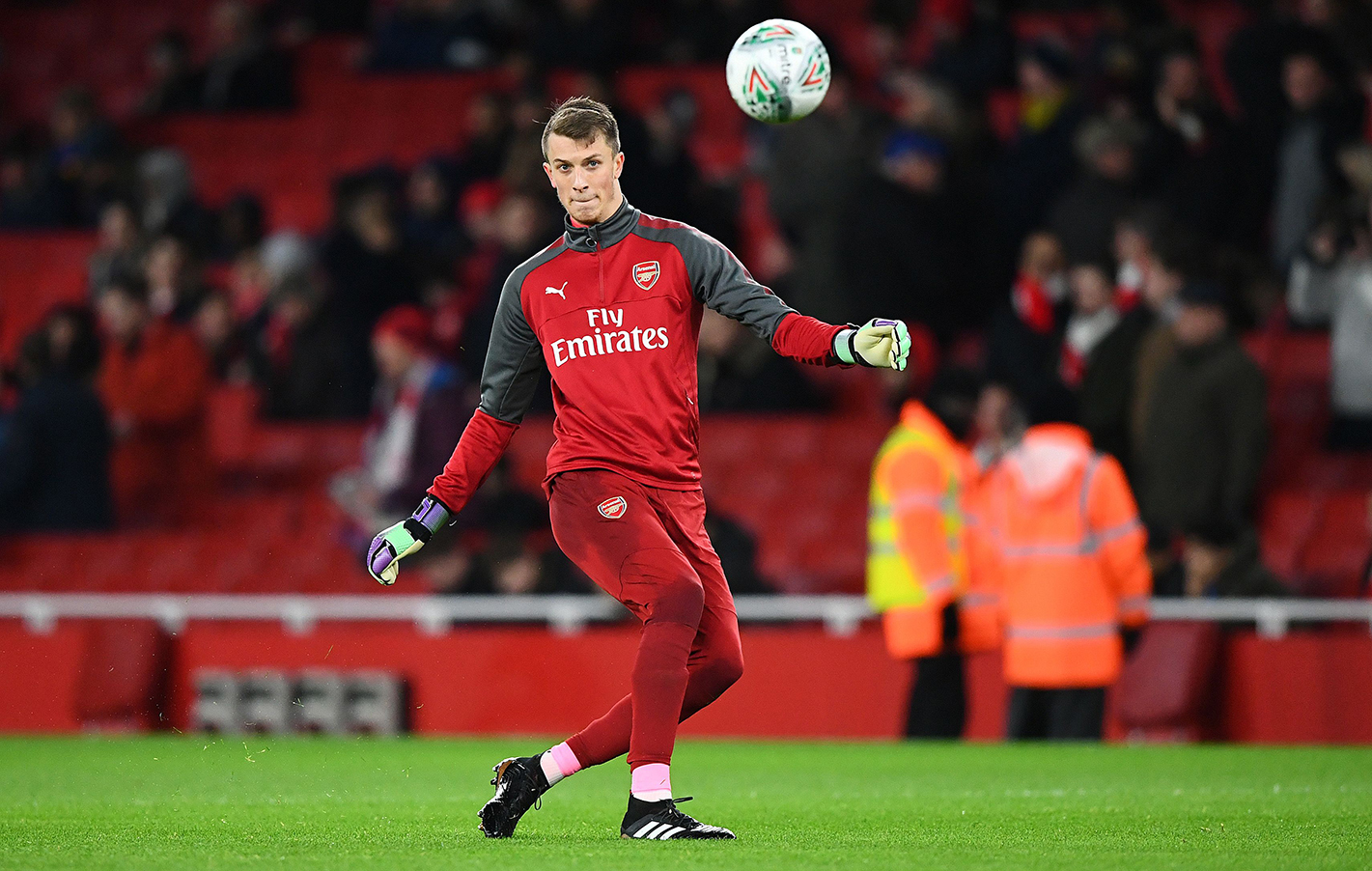 The 23 year-old Westcountryman was hailed by Gunners’ manager Arsene Wenger after helping to keep a clean sheet against Red Star Belgrade at the Emirate.

The high-point of only his second game in the Arsenal first team was a stunning one-handed save that used every inch of his 6ft 6in frame to tip Filip Stojkovic’s looping header on to the bar in the first half of the 0-0 draw.

Wenger said: “He's huge. He's quick. You don't often find combinations of that size and that speed. He's very agile, as well, for a guy who’s tall like that.”

Matt was born in Bath in 1994 and started his career at Bristol Rovers. He signed as a full time scholar at Rovers in 2011 but did not make an appearance at the Memorial Stadium before signing for Arsenal.

After appearing on the Gunners’ first-team bench in the Premier League and cup competitions, he finally made his debut in a fourth-round Carabao Cup tie two weeks before the Red Star match, becoming the first English goalkeeper to represent Arsenal at the Emirates.

"He came late to us, considering normally the goalkeepers come at the age of 16,” said Wenger. “He came at 20 basically. But he's intelligent and very focused and that's why I was pleased to give him a chance. I think he took it already against Norwich and again [against Red Star] he played very well."

Before his Emirates heroics, Matt made his professional debut for Accrington Stanley in the 2014-15 Sky Bet League Two season.

His time with Stanley included four starts immediately prior to a substitute appearance at Home Park in February, when Argyle won 1-0.

Two seasons ago, Matt spent more time in League Two, with Luton Town, featuring for the Hatters 13 times, including their 1-1 home draw with us when he was beaten by Craig Tanner’s equaliser.