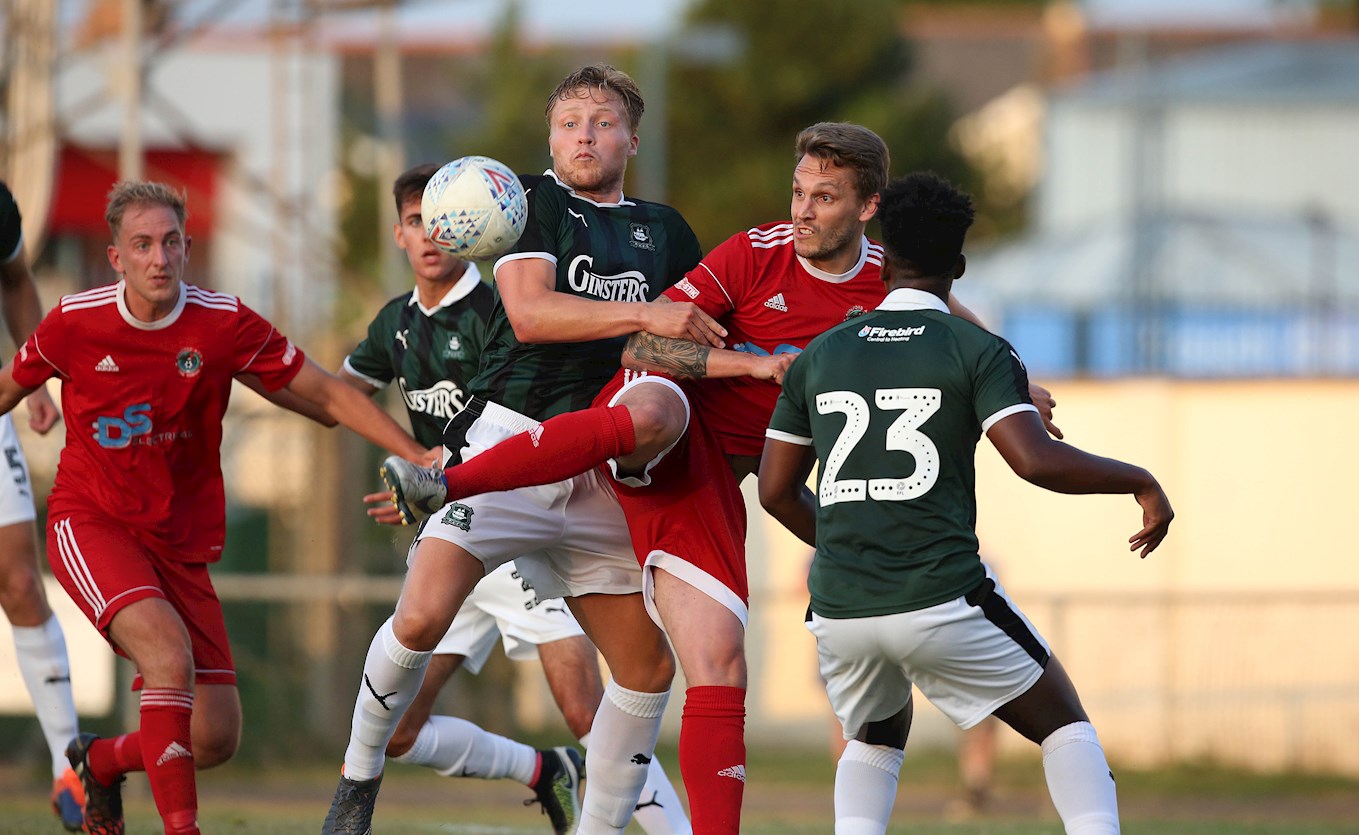 PETER Grant says he and his Argyle team-mates are very much enjoying their training camp in Holland, and are well aware that putting the hard yards in now, before a competitive ball is kicked, is where it counts.

Calum Dyson scored in the dying minutes to sink SV Schermbeck on Tuesday night in the first of three games in four days and Peter can see the benefits of being put through the paces as we gear up for the Sky Bet league One opener in less than two weeks time.

He said” It's been good; it’s been hot. Everybody's really enjoyed it and looking forward to the games coming up, as well.

"The amount of games we have over here will only be beneficial for us and set us in good stead for going back home and get us geared up for the Walsall game.”

As well as getting up to “game speed” and trying to nail down a place in manager Derek Adams' first 11, pre-season trips are crucial to the bonding aspect of the squad. The Scottish defender can see the positives, both from the break away- and on the park

He said: "When you're with each other 24/7, I think that gets the bond of the group a lot tighter and we get to know each other a lot quicker, as well. It's a great time for us to come away; obviously the weather's good as well.

"It's perfect training conditions for us to come out and work on our game-plans and on what the manager and the staff expect from us this season, but everybody's looking forward to getting ourselves geared up for the games.

"Everybody's pulling in the right direction; there's a good team spirit about us here. We want to work hard; we want to do well. We want to be as competitive as we can this season and that comes from putting the hard work in, in pre-season."