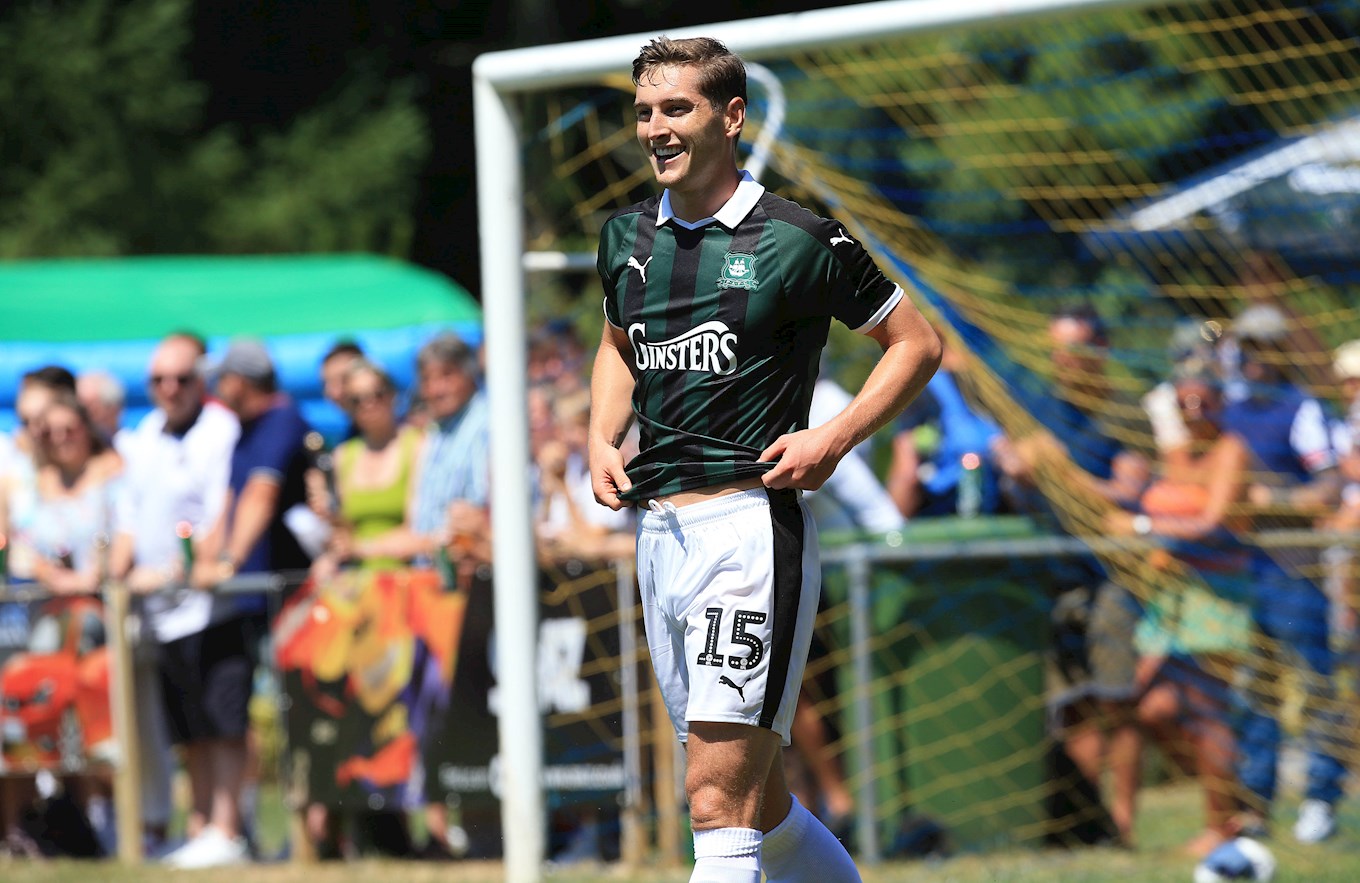 CONOR Grant is feeling good in a tough pre-season after completed his first 90 minutes since March.

The midfielder, who arrived from Everton in the summer, is working hard and it showed against Torquay on Tuesday night as he played the full 90 minutes against the Gulls in the most demanding pre-season match so far this year.

Grant said: “It’s been tough; it’s been very intense so far but that’s what pre-season’s about. We’re all working very hard and you can see good signs on the pitch. That was my first 90 minutes for a long time so I am feeling the effects.”

After cruising through lower league clubs in Devon and Cornwall, this year’s pre-season took a step up turn as competition from Torquay made for a tricky first half.

However the game changed after Graham Carey’s goal in the 63rd minute, the only goal of the match, firmly asserting Argyle’s dominance, despite their resilient hosts. Nevertheless what the game lacked in goals it made up for in skill with some excellent link ups.

Grant said: “Even at half time we were saying that the link up play was great but sometimes we were trying to score the perfect goal. If it comes off it is wonderful and everyone applauds; at times we should have been a bit more selfish and had more shots. I am sure we will do more of that in the future.”

Two players who were instrumental to the success of Argyle last season were Carey and Ruben Lameiras; two players with whom Grant is enjoying closely training and playing with.

When asked about Carey and Lameiras, Grant said: “Superb, very, very, very talented players and the players that I want to be playing with in terms of being on the same wavelength and linking up. I feel that we have developed quite a good standard already and as I said before I think that I will continue and get stronger.”