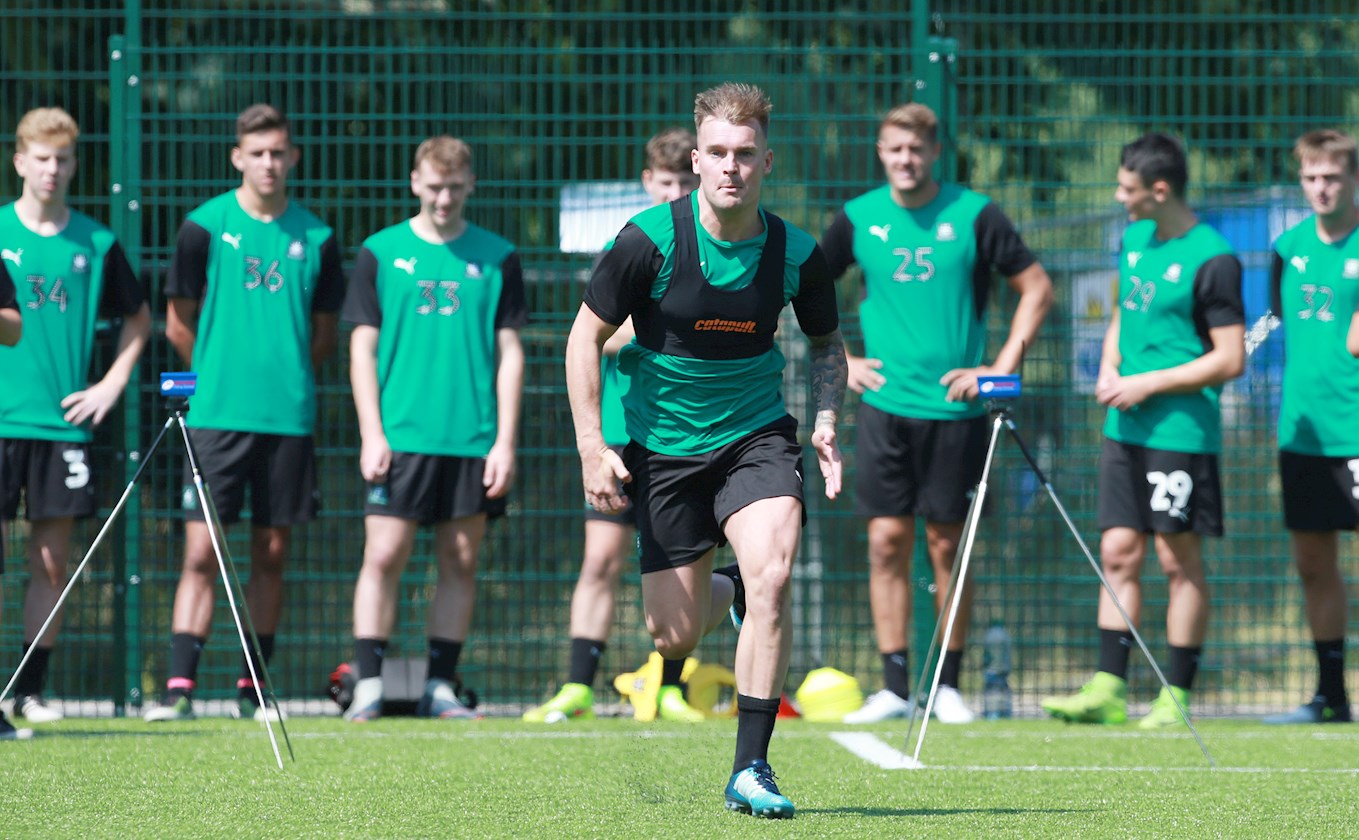 IN his third season of pre-season under Derek Adams, Gregg Wylde knows by now what to expect.

Adams has become renowned for tough pre-seasons, but his record suggests that the early hard work garners results down the line.

Gregg, who has scored twice in pre-season so far, is fan of Derek's early schedule, and feels it gets the best out of him.

Gregg said: "The manager loves our long-distance running. We have done 1200s, 800s, 600s and it has been beneficial to me because I like long distance running. I've enjoyed every single minute of it"

Gregg has been in Scotland over the break and on loan to Morecambe last season; he has kept himself fit all year round in Glasgow on a running track with his dad. He said: "In Glasgow I did a lot of running, not touching the ball much and I was on the track with my dad a little bit as I like to keep my fitness up. Then I had a break and I was on holiday with my fiancé, then came back did a bit with my dad, then I came in and worked hard."

Gregg wants to show Derek he can play in the first team and wants to shine in his second spell at Argyle. Two goals at Torpoint on Tuesday will have helped his cause: "I think I just need to go running so I can get back to what I'm good at," said Gregg. "Get your legs up and down with a little bit of pace and it makes my game up as well."

Wylde has hopes for The Greens this season if they put the hard work in now with Derek. He said: "I think we can be up there; maybe being the fittest team in our league as we saw last year because we did really well. I think if we keep doing what we are doing we will be fine."