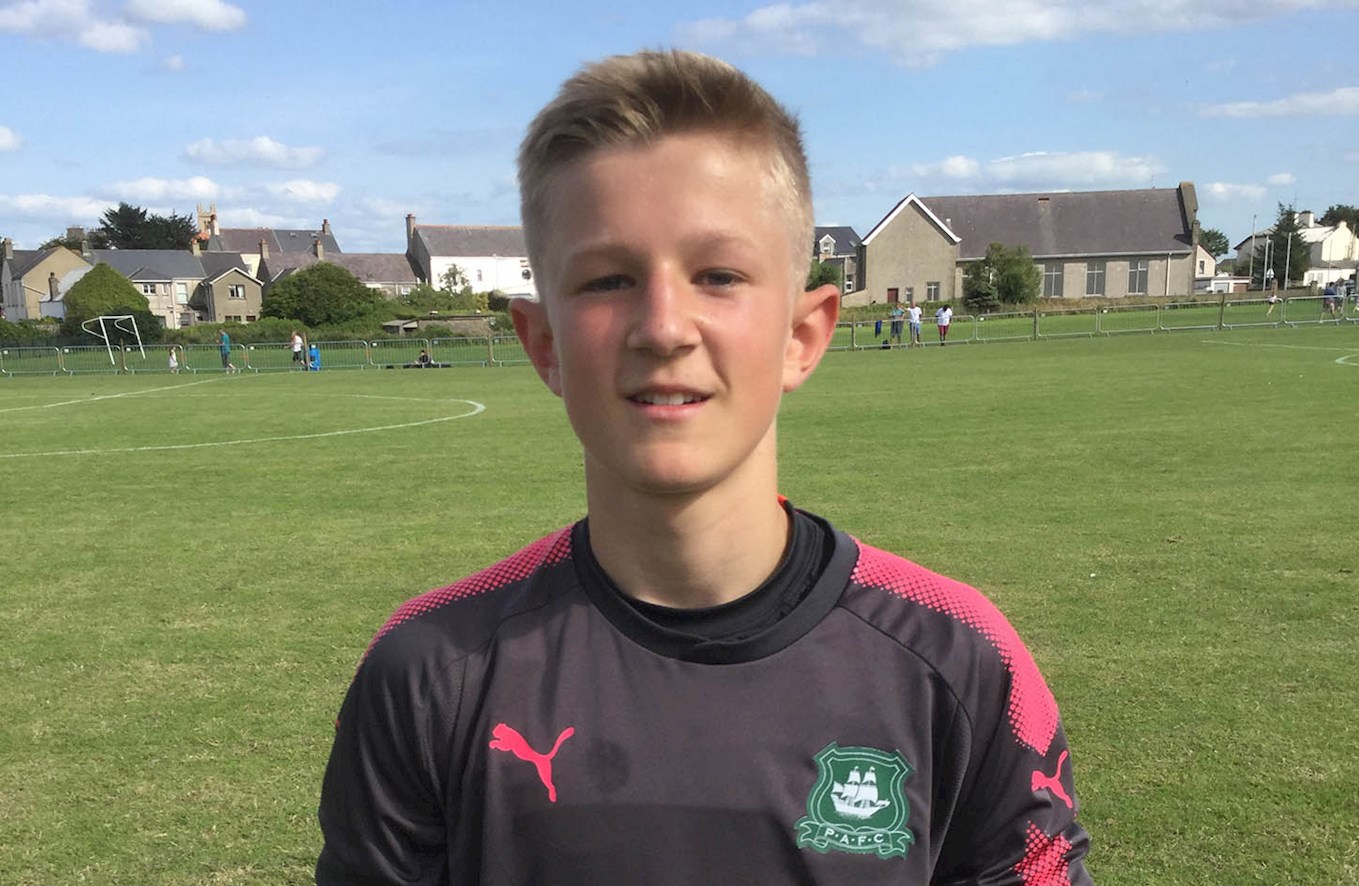 A goal-less draw against the reigning Super Cup Junior Section champions confirmed that Argyle are a hard side to dispose of as they finished unbeaten in their group with five points from their three games.

As a result, the Young Pilgrims can count themselves very unlucky not to be competing in this season's finals.

Unbeaten Argyle finished in ninth place out of 24 teams, missing out on the Super Cup on goal difference and the Globe (the second competition) by just one place.

We will now play Charlton Athletic, in semi-final of the Vase competition, at Clough on Thursday, with a noon kick-off. The winners will play either County Down or Chivas Guadalajara in Friday's final.

Northern Ireland side County Down will be hard pushed to get past the Mexicans who Argyle have already beaten 1-0 in a group match.

Wednesday was made more difficult for a very young Argyle side as the Super Cup committee decided to play two games at Castlerock, a ground with only two changing-rooms.

A late kick-off and a broken leg in the previous game between Charlton and Cherry Orchard meant that the changing-rooms were not free until gone 3pm and the game eventually kicked-off 35 minutes late.

Both teams went into the game on four points and were aware that Mexican side Chivas had already finished their group games with a thumping 6-0 victory over County Fermanagh which meant that Argyle or Antrim would slip to third in the group if they lost.

This did not stop either side going for victory and it was a more experienced Antrim side that took the honours in the first quarter.

Antrim forced three consecutive corners before Argyle finally cleared their area but back came the Irish side and only a fine save from the impressive Lewis Moyle (pictured) diverted Ross McCausland's goalbound drive around the far post.

Another McKinnon cross was headed down to Cadby but his shot was deflected over the bar for a corner, from which a good training-ground move ended with Alfie Wotton heading over the bar at the far post.

The second half began with Sean McAllister volleying a good chance high and wide at the far post before Massey latched on to a long ball only to see his angled drive fly over the bar.

The game was end to end and another good reaction save from Moyle kept out Sean Stewart's close-range header but Argyle finished strongly and were unlucky not to snatch a late winner.

Sam Wickins' 25-yard drive was deflected wide before the best chance of the game fell to impressive striker Massey but, for once, his deadly accuracy deserted him and his shot on the run bounced just wide of the upright.

Under-14s Lead Coach Lee Britchford rightly praised his players after the final whistle, saying:  "It was a fairly tight encounter with both sides creating chances, which meant the game could have gone either way.

"We defended really well again, keeping possession well and then making some great challenges when required to do so. We fashioned a couple of good chances that, on another day, would have gone in, and then a chance in the last minute to win the game.

"There are absolute positives to take from the performance as the lads are still unbeaten and they gave everything they had for the club, so we have to be really pleased with them."

When asked if he would have accepted five points from the opening group games , prior to the tournament, he said: "With the magnitude of the group we were placed in, which included last season's winners and Chivas who are a very good side, the boys have done unbelievably well to remain unbeaten and all credit must go to them.

"We now have to get their heads up because they are disappointed that they have not beaten last year's winners, but they have conceded just one goal in 180 minutes and been hard to break down, as well as creating some good chances.

"We will go back tonight and view the match and identify any areas that we need to improve on before going again tomorrow."