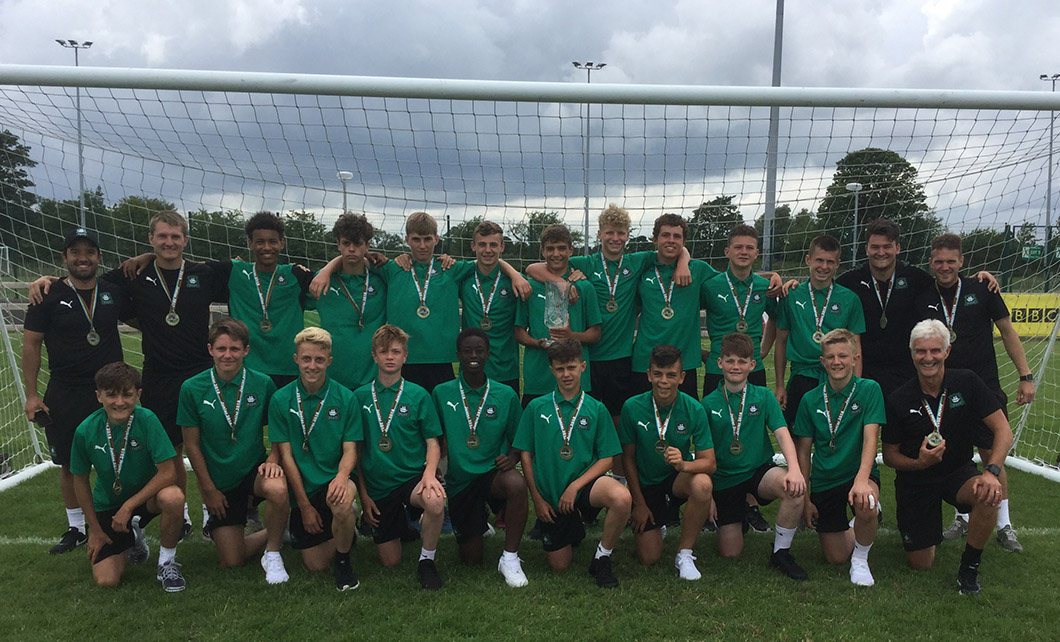 EXPECTATIONS for Argyle going into this year's Super Cup were not high as the squad was the youngest that the Pilgrims had ever sent to Northern Ireland, but they had a point to prove - and prove it they did.

This is the first time that an Argyle team has returned across the Irish Sea with a trophy and medals to show for their endeavours and there was not a person in the good size crowd that could have denied them their success.

They twice found themselves behind to more physically developed and very skilful opponents, only to come back and then hold their nerve in the penalty shoot-out.

As in the first, group, game against the Mexicans, which Argyle won 1-0, the youngsters found themselves under heavy pressure in the early stages of the match.

Chivas were restricted to long-distance shooting, after which Pilgrims' top scorer Oscar Massey gave them a reminder of his strength before being bundled over in the box.

The referee ignored Argyle's appeals for a penalty and, to make it worse, play switched to the other end of the pitch, where Fernando Virgen found himself free inside the six yard box to force the ball past Lewis Moyle.

Moyle then did well to turn an Andre Puertos drive around the far post to maintain the scoreline at the break.

Argyle required just two minutes of the second half to get back on terms and, once again, it was Massey who took a long ball out of defence before shrugging off his marker and firing a great shot home from the angle of the box.

A minute later, Argyle were caught in possession and, when the ball came over, was Virgen found himself free at the far post to head past Moyle.

Heads did not drop and the character of this team was apparent as they stormed back at Chivas and the ever-dangerous Massey twice had efforts blocked by last ditch tackles.

They were rewarded, 12 minutes from time, when a training-ground move saw Rudi McKinnon's free-kick send Matt Bartlett down the left, and his driven cross was turned home by Oscar Halls.

This ensured that the final would be decided on penalties with Chivas going first and scoring with their first four spot-kicks.

Bartlett, Brandon Pursall and Alfie Wotton all converted their efforts before Angel Waruih saw his effort saved to make it 4-3 in Chivas's favour.

However, their joy was short-lived as Moyle superbly saved the next penalty, and Massey and McKinnon scored to take it to 5-5.

Chivas fired their next penalty over to leave the super cool Finley Craske to confidently send the 'keeper the wrong way before being mobbed by his 17 team-mates.

All the players and staff were presented with medals before Craske lofted the imposing Vase about his head to spark more celebrations and nobody could deny them their joy.

Experienced coach Chris Harrison said: "'Our four values of honesty, pride, industry and endeavour were all in abundance out there today.

"They showed a never-say-die spirit as they twice had to come from behind, and congratulations to the lads for doing that and showing their nerve as the standard of penalties was superb."