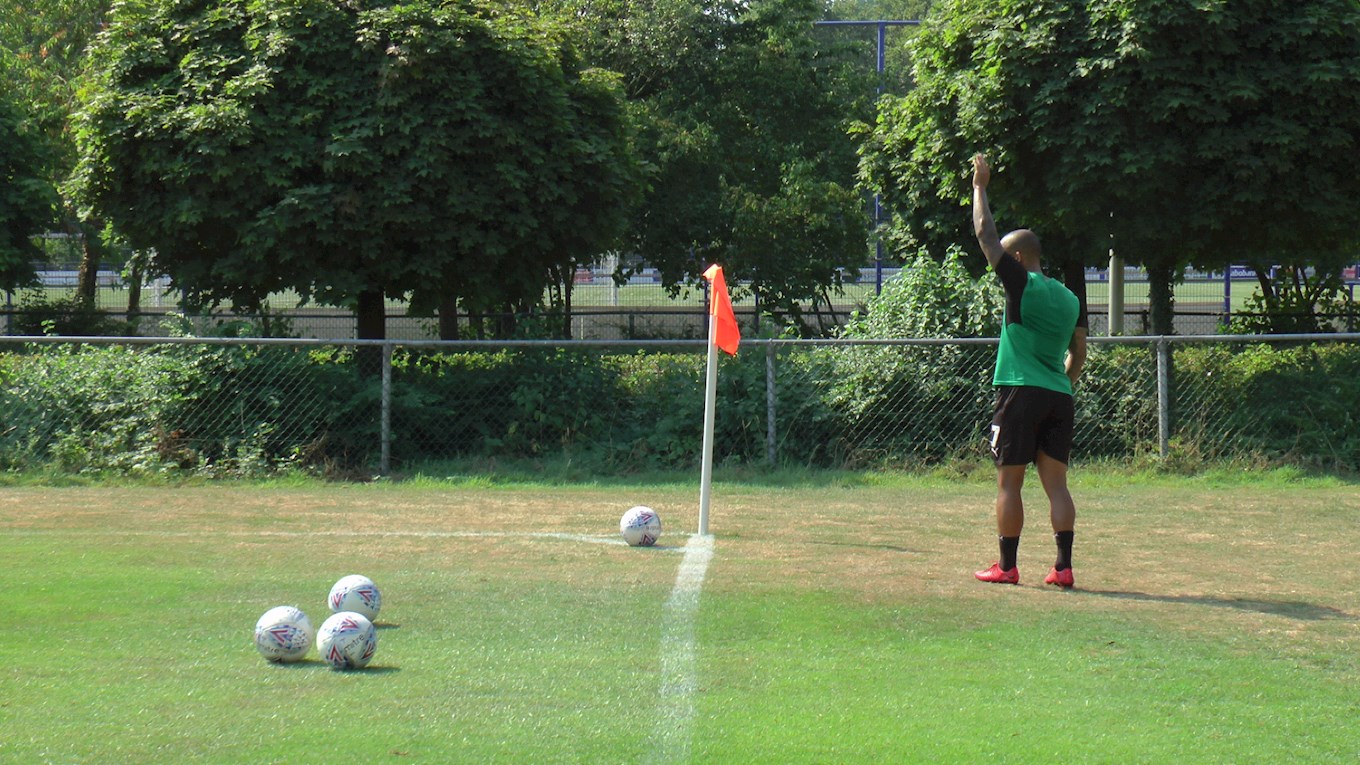 THE ball was placed on the ground, and those around knew exactly what to do.

The free-kick was sent to the far post, where it was headed down and across the area, waiting for the centre forward to pounce - which he did. A great goal.

I saw this happen with my own eyes. It happened on 'Velt 3' at Aparthotel Delden, at about 11.14am this morning.

Now, I should not really share that information. When I am at each of Argyle's training sessions here in Holland, taking photos and videos, there are times when I lower the camera and switch it off. I now know these moments automatically. On year one out here Derek Adams would signal to me. Last year, he would remind me. Now, he does not say anything, because I intuitively know when to shut down.

While it is nice to relay information and footage back home and to our fans around the world, certain info needs to be kept in-house. That restriction includes instructions given to our players for attacking and defending free-kicks, which can be used to spring surprises on opposition teams. I hope you understand - we are keeping it not from you, but from the world, for the good of all in green.

However, I do not mind breaking rank on this occasion, because though I saw the routine once on the training field, I saw it again about eight hours later, when Lionel Ainsworth crossed, Peter Grant squared with a header, and Calum Dyson prodded home.

On this occasion, the goal won a forgettable pre-season friendly. Later in the season, such work could be the difference in a promotion six-pointer. Small margins, and all that.

It should be mentioned, as I say every year, just how well we are looked after at the Aparthotel. The service is superb, the food a treat and the pitches just beg to be played on. We have arrived twice, though, to find a sprinkler taking up part of the pitch. It was on a contractable hose, gradually making its way down the pitch, though the goalmouth, and away.

This confused goalkeeping coach Rhys Wilmot, but given we spent a fair section of the outward journey on Sunday trying explain 'Alexa' to him, we will not bother trying water hoses. Anyhow, that is the wrong emergency service for him. Rhys the fire guy left a while back. (But buy his book here - and no we are not joking)

After a focused but relatively light session, we set off for Germany, and our friendly with SV Schermbeck. It is at this stage I want to discuss the matter of 'excuses'. I do not use the inverted commas lightly. What truly is the difference between a reason and an excuse? Is it simply that a reason is valid and an excuse is something people will not believe?

Sometimes I feel something labeled as an 'excuse' is a perfectly valid defence for something. Exhibit A, m'lud, consider Derek being accused of making excuses when Argyle lost a game, and the gaffer brought up the algae on the pitch. Was that an excuse? All I know is a perfectly decent footballer fell on his 'arris while trying to stop a ball and five seconds later an average Cambridge team had their winner. The pitch was slippy because of the disease on the pitch - it made a man slip over. Those are the facts - so is that an excuse?

All this is on my mind, twofold. One because when at Schermbeck it took me a short epoch to get my phone to accept German 4g, then discovered there was no power to speak of, so had to be sparing with ailing equipment which may not have lasted the distance otherwise. Thus, my match report was late going up and I am now writing this blog in the early hours of Wednesday.

Secondly, I know for a fact that any attempt at suggesting a terrible playing surface and stifling heat might hinder a performance gets some people agitated, suggesting we are looking for 'excuses' for not stuffing a team in the German fifth tier.

Listen, I'm a facts man. If we had won 8-0 I would still be telling you the pitch was garbage and the heat unbearable. As it was, we did not win 8-0, we won 1-0, and I suspect a big reason why was that our superior footballers found it hard to pass on a rutted field of long grass, and are not used to playing in such hot conditions.

More importantly, and above all else, the runaround will have done them good in the long run, and that is what we are here for.

I close by updating you all on what I know you are really here for - the next instalment of McNichol v Neil, the head tennis saga gripping the nation.

I should inform you that since the last blog - which you can read and remind yourself of, here  - there have two further games on the hallowed court, which have resulted in 2-0 and 2-1 wins for McNichol, R. That would be 2-1 in matches, for the week, then. Game four is anticpated soon, but hopefully will be unlike games two and three, which heard Neil, M remark, at various times, of having a sore foot, having the sun in his eye, and not having much for dinner.