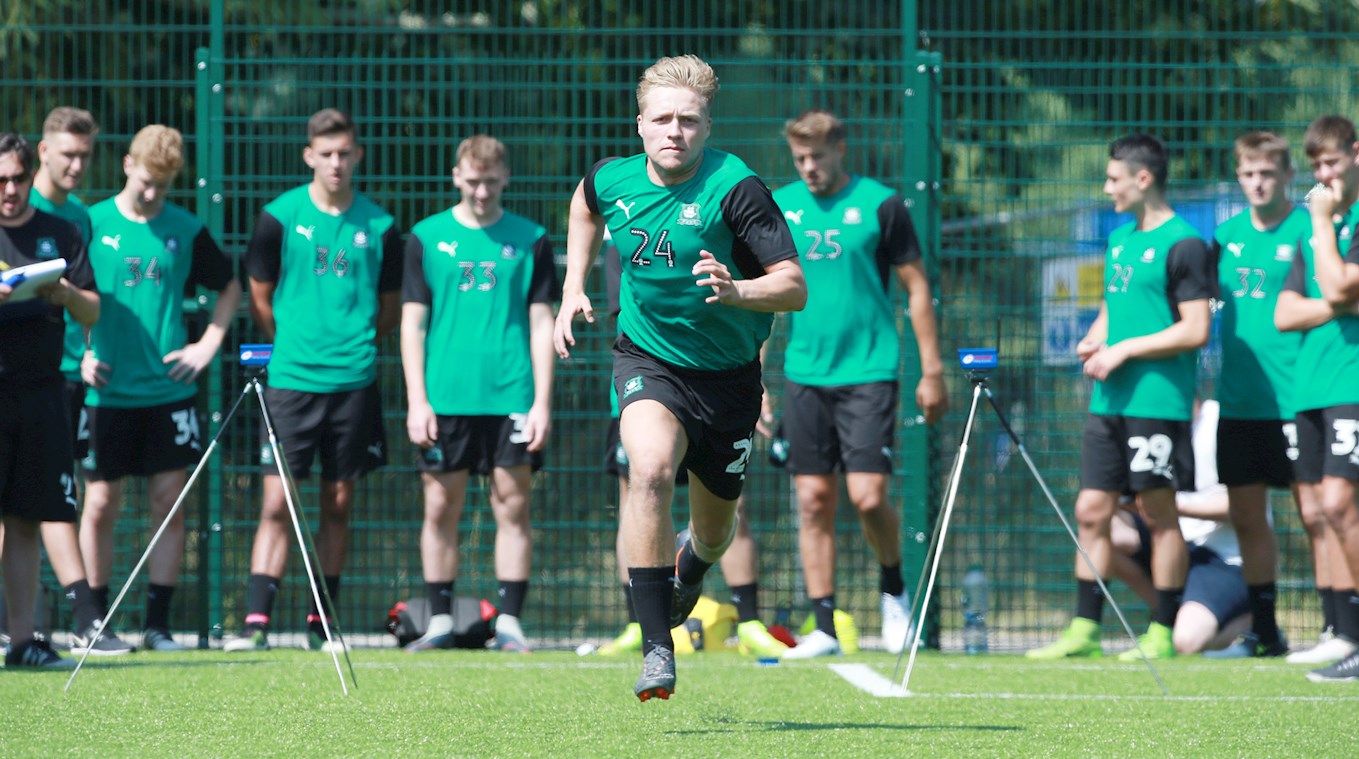 There's Only One Peter Grant

PETER GRANT says he does not want to entertain comparisons between himself and his Celtic hero dad - insisting that their careers are completely separate as he joins Argyle.

That said, Peter Junior says he frequently taps into the resource of having a father that played 400 times for Celtic, was a Scottish international, has experience of high-level English football and who is an experienced manager and coach.

For a son to follow a father into the same profession is one thing. To do so with the exact same name is trickier still. Peter – Our Peter – understands both sides.

“I want to do well for the manager, for my teammates and for the fans. Hopefully all that together can add to the group and I hope all in all it brings success come this time next year.

“Me and my dad are completely different players and positions; my dad was a competitive midfielder. I can’t remember watching him live, as I was so young but from watching the videos I can tell how much it meant to him to play for Celtic.

“Obviously, he’s achieved so much in his footballing and coaching career and to have someone like that to bounce off of and get advice from, especially with me becoming a footballer it is massive.

“To have someone like that to show you the ropes from such a young age; to show you how to go about things right from the start, trying to live your life the best you can to give yourself the best opportunity.

“My dad has had a massive influence on me and he’s always guided me in the right way. If I could emulate the career he’s had, and just I general then I would be very happy.”

The 24 year-old has been on somewhat of a pilgrimage of his own as he joins his new teammates. From Peterborough to Falkirk, he has moments he will cherish north of the border, and is confident has what is necessary to deal with the rigorous demands of League One. He feels he is in the best place possible to develop.

“From a personal point of view, to know that I’ve scored in a Scottish cup final is something I will always cherish,” said Peter. “It’s an amazing achievement, but it’s a bittersweet day, losing the game in the end.

“I’m well prepared I’ve played in big games: Rangers, Hearts, Hibs, and Cup Finals, so I feel I’m well equipped to put my stamp on the league down here. I’m looking forward to producing in big games but first and foremost my aim is to get in the team, stay there, and hopefully get this club back to where I feel it belongs.

“I’ve got that temperament that I want to try and improve all the time and I want to make myself the best footballer I can. That talent is from my dad and that is one of my attributes to help me succeed.”