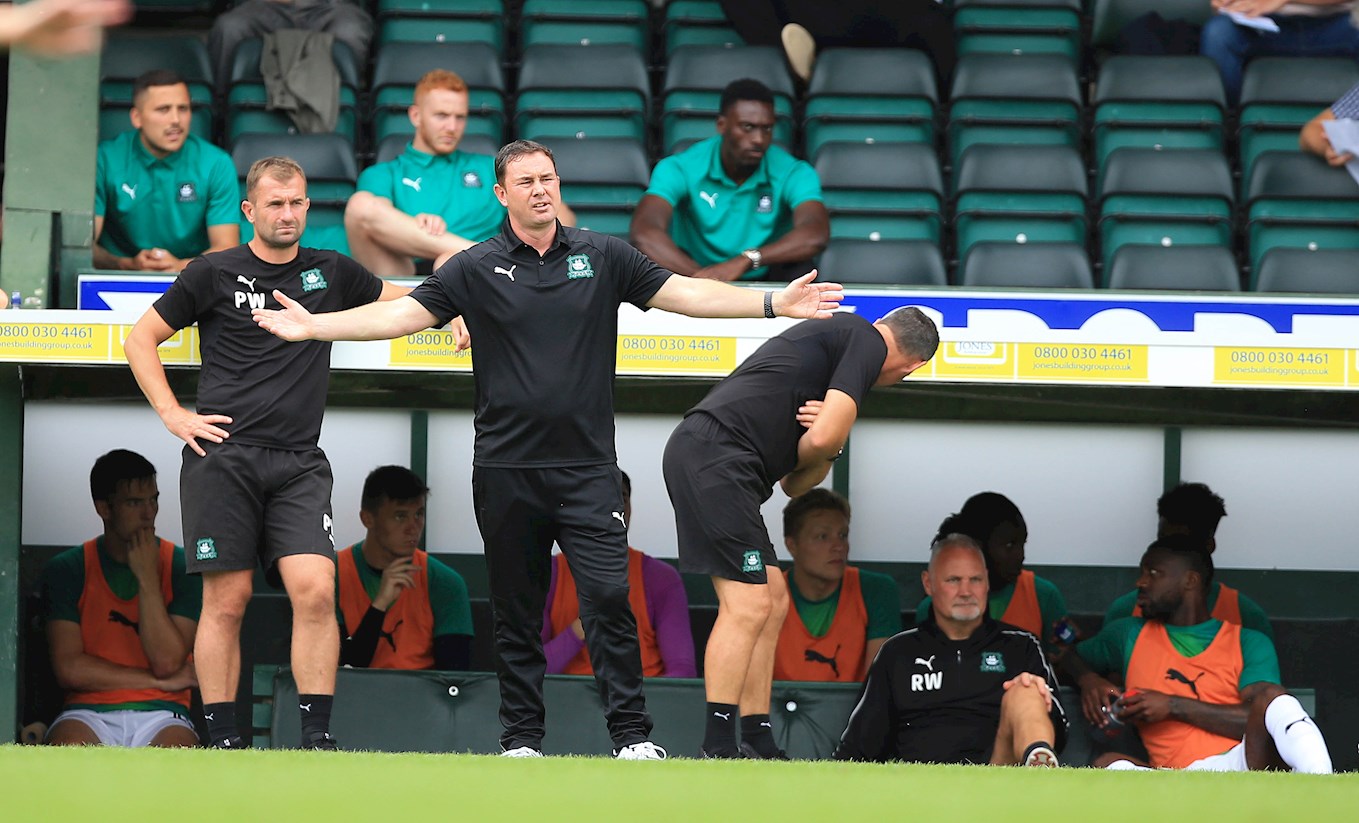 Argyle were behind from the third minute when Diallang Jaiyesimi converted the first of three eyebrow-raising long-range strikes that brought to mind Lee Johnson’s EFL Cup hat-trick at the same venue more than a decade earlier.

The next two Yeovil goals were from Rhys Browne, both from the edge of the area and the second a volley that was nothing short of world class, either side of a purple patch from the Greens which culminated with a goal from Joel Grant.

A raft of half-time substitutions by Argyle failed to right the listing ship, and home substitute Alex Fisher scored twice in eight minutes after the interval, leaving the Pilgrims four behind with still half an hour to play.

Otherwise, the initial 11 was close to the one that had been fielded 24 hours before the visit to the Sports Ground, at National League South Torquay United: David Fox, who came on as a substitute for Yann Songo’o at Plainmoor stayed in, with Songo’o dropping to a bench that also included Niall Canavan, in Edwards’ stead. Grant replaced the absent Freddie Ladapo.

As friendly a club as Yeovil is, they gave the Pilgrims a rude introduction, scoring twice before Argyle had settled into their stride.

Diallang Jaiyesimi opened affairs after just three minutes, cutting inside Scott Wootton before curling a shot from the edge of the penalty area around Kyle Letheren in the Argyle goal.

Argyle, watched by a sizeable phalanx of the Green Army, probably decided they should jolly well do something about matters and came storming back.

Graham Carey riffled the side netting before Jamie Ness missed out on a two-minute hat-trick. First, his shot was tipped around the post by goalkeeper Stuart Nelson, who then spectacularly volleyed the Scottish midfielder’s header from the subsequent corner off the line after being wrong-footed. When Ness did finally bypass the custodian, his shot struck the foot of the post.

The Pilgrims’ breakthrough final came through former Glover Grant, who continued his notable run of goalscoring in pre-season when he broke into the box and slid the ball under Nelson.

A leveller looked more likely than another home goal but that discounted Yeovil’s propensity to pull something spectacular out of their bag of tricks.

For a second time in less than 20 minutes, Brown beat Letheren from distance, this time after controlling the ball on his chest and then leathering it into the net on the volley, sending the official Yeovil Town Twitter feed into exclamation-mark overload.

Argyle switched things around at the break, bring on six of their eight substitutes, and quickly came within inches of reducing the deficit when Carey struck the inside of a post with a free-kick.

However, the changes did not change the momentum of the game, with Yeovil extending their lead through one of their half-time replacements, Fisher, who tapped home a cross by one of four nameless trialists in the home side’s squad.

When Carey had another excellent free-kick palmed over, it was not to fanciful to suppose that Argyle, with just a modicum of fortune, might have had five goals themselves on another day.

They did not and the Pilgrims now fly out to Holland for a week’s intensive training and a few games which will complete their pre-season work in advance of the Sky Bet League One season opener at Walsall on August 4.