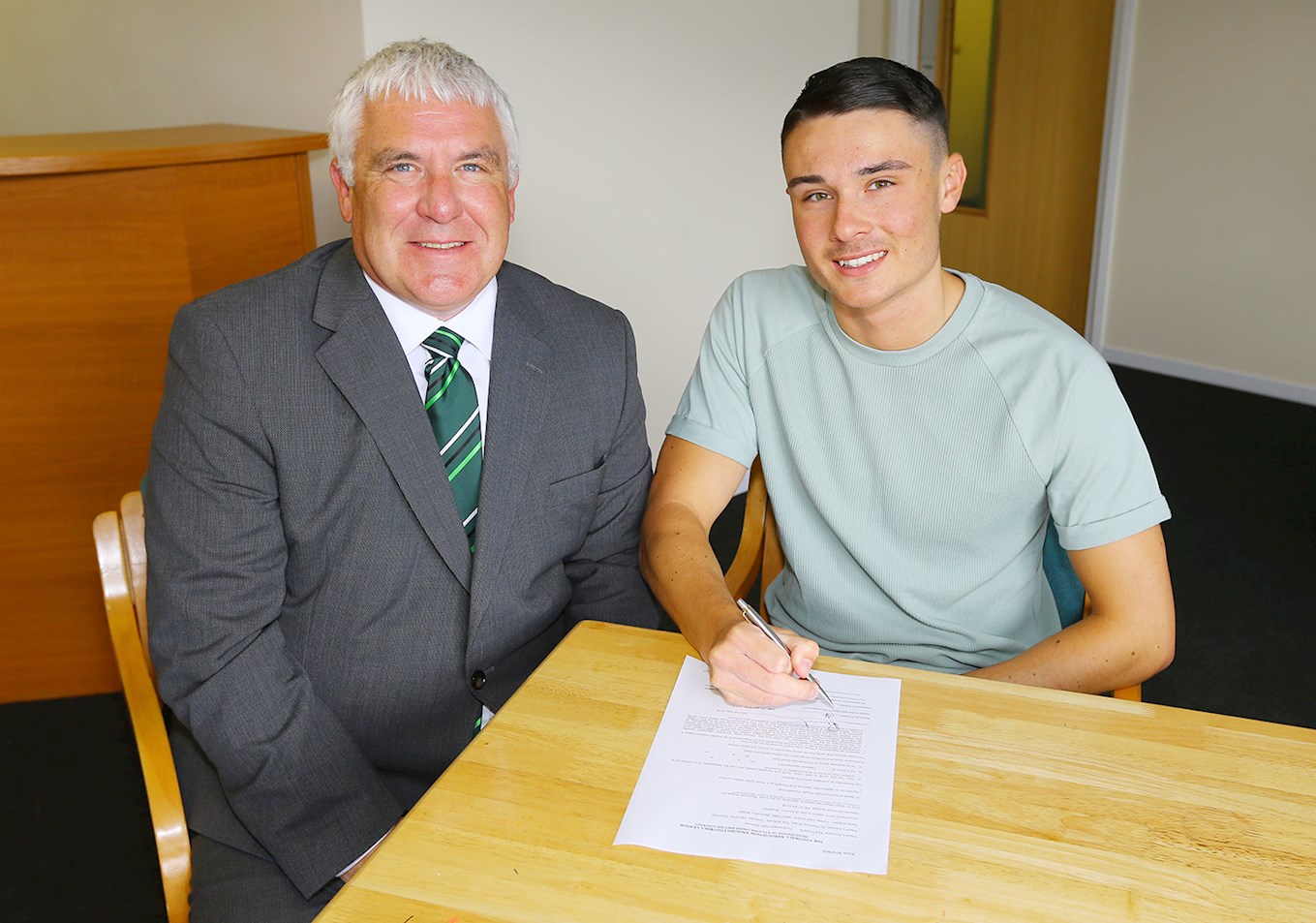 ALEX Fletcher is looking to build on a successful first year as an Argyle professional, even if it means having to leave Home Park to do that.

Fletch, 19, made 16 appearances for the Pilgrims in 2017-18, including five starts, and has been rewarded with a new deal for the upcoming campaign.

“I’m really looking forward to the season,” he said. “Last season was a bonus for me in terms of how it went, appearance-wise. I learnt a hell of a lot last year and if I can keep on next season as I did last season, I will be really happy.”

The Newton Abbot-born Academy graduate, who made his Argyle debut as a 17 year-old in 2017, also had a spell at loan to National League side Torquay United and accepts that his growth as a young pro could be aided by a similar move in the forthcoming season.

He said: “I’ve had chats with the gaffer about going out on loan and I’m sure we’ll look into that, but, this time last season I was probably in the same boat – thinking I was going to go out on loan at the beginning of the season – and I ended up being more an integral part of the first-team than I ever could have dreamed of.

“I think you have just got to be open-minded. At the beginning of a new season, everyone is on a new page; it’s a fresh chapter for everyone.

“Hopefully, I get a few more appearances and continue to be more of a regular goalscorer at the highest level I can, whether that be here, which would be great, or on loan, which is probably the main option for me.

“To get the continuity of playing and scoring every week – as a striker, that’s what I need.”

Fletch represented Torbay Schools before, in 2008, joining Argyle's Academy system aged nine. In November 2016, he won praise for his four goals for the Under-18s in the FA Youth Cup and, a month later, was rewarded with his first-team debut as a 79th-minute substitute in the FA Cup second-round tie at home to Newport County.

In January 2017, Fletcher was an unused substitute in the FA Cup third-round replay against Premier League Liverpool and, six months later, he signed his first professional contract with the club.

He exploded into 2017-18 by scoring two late goals to earn a 2-2 draw against Chelsea Under-21s in the Checkatrade Trophy – and netted one of the five successful spot-kicks in the shoot-out victory – before claiming his first EFL goal after coming on as a substitute against Fleetwood Town at Home Park.