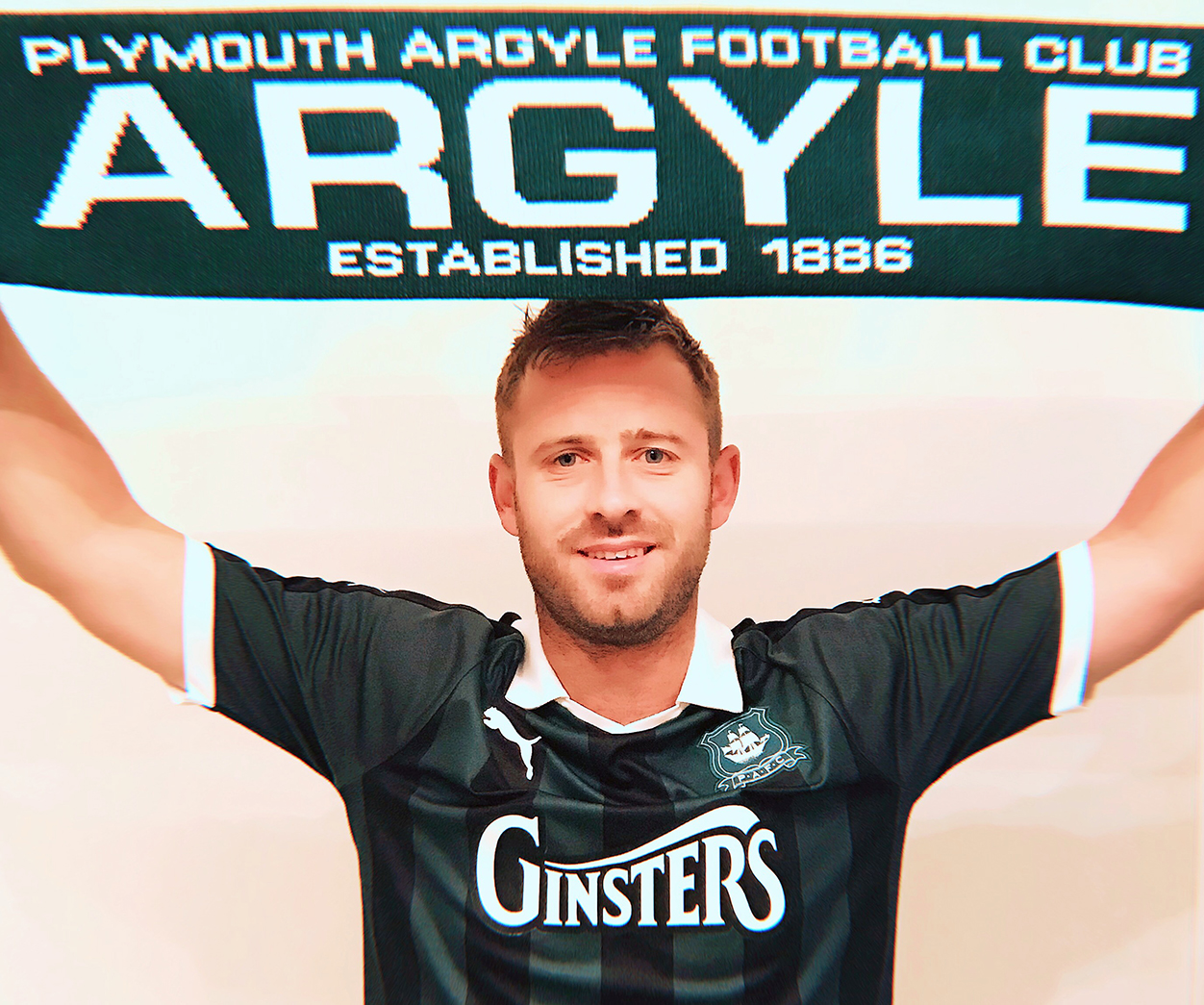 DAVID FOX has signed a new deal with the Pilgrims to stay at Home Park for the 2018-19 season.

The 34 year-old midfielder, whose choice to remain at Argyle for a third season will delight the Green Army, says he is enjoying his football and has made “the right decision” to remain a Pilgrim.

Foxy has made 95 appearances in the Green since joining from Crewe Alexandra in 2016, scoring twice, and he said: “I have loved my two years here.

“I have really enjoyed the football; enjoyed working with the staff and players; and enjoyed the passion from the fans. That had a lot to do with it.

“When you get towards the end of your career, to be somewhere where you feel you are enjoying your football is important.

“When I came here two years ago, I didn't think I would end up playing as many games as I have and the challenge now is to keep my place in the side.

“It will not be easy, but it is a challenge I am looking forward to.”

David started his footballing education at our rivals, Exeter City before several standout displays in the Grecians’ Academy prompted Manchester United to swoop for him in 2000.

He captained United’s reserves to the Premier League B title in 2006, and spent time on loan at Shrewsbury Town and Royal Antwerp.

He joined Blackpool in 2006, making 108 appearances over three years for the Seasiders, and then spent a year at Colchester United before helping guide Norwich City back to the promised land of the Premier League.

After turning out 76 times at Carrow Road, Foxy re-joined Colchester, for whom he was a mainstay in 2014-15.

Following a season at Crewe, he then returned to Devon to join Argyle, initially on a trial basis, and impressed manager Derek Adams enough to be offered terms.

David admits that he had a hard call to make between continuing in the southwest or relocating to be with his family in the northwest.

He said: “It was a tough decision and one that I didn't take lightly, but I think it is the right one.

“I am very lucky. I have got a very supportive family, and not just my wife and children – my wife, my in-laws; they all chip in and help.”