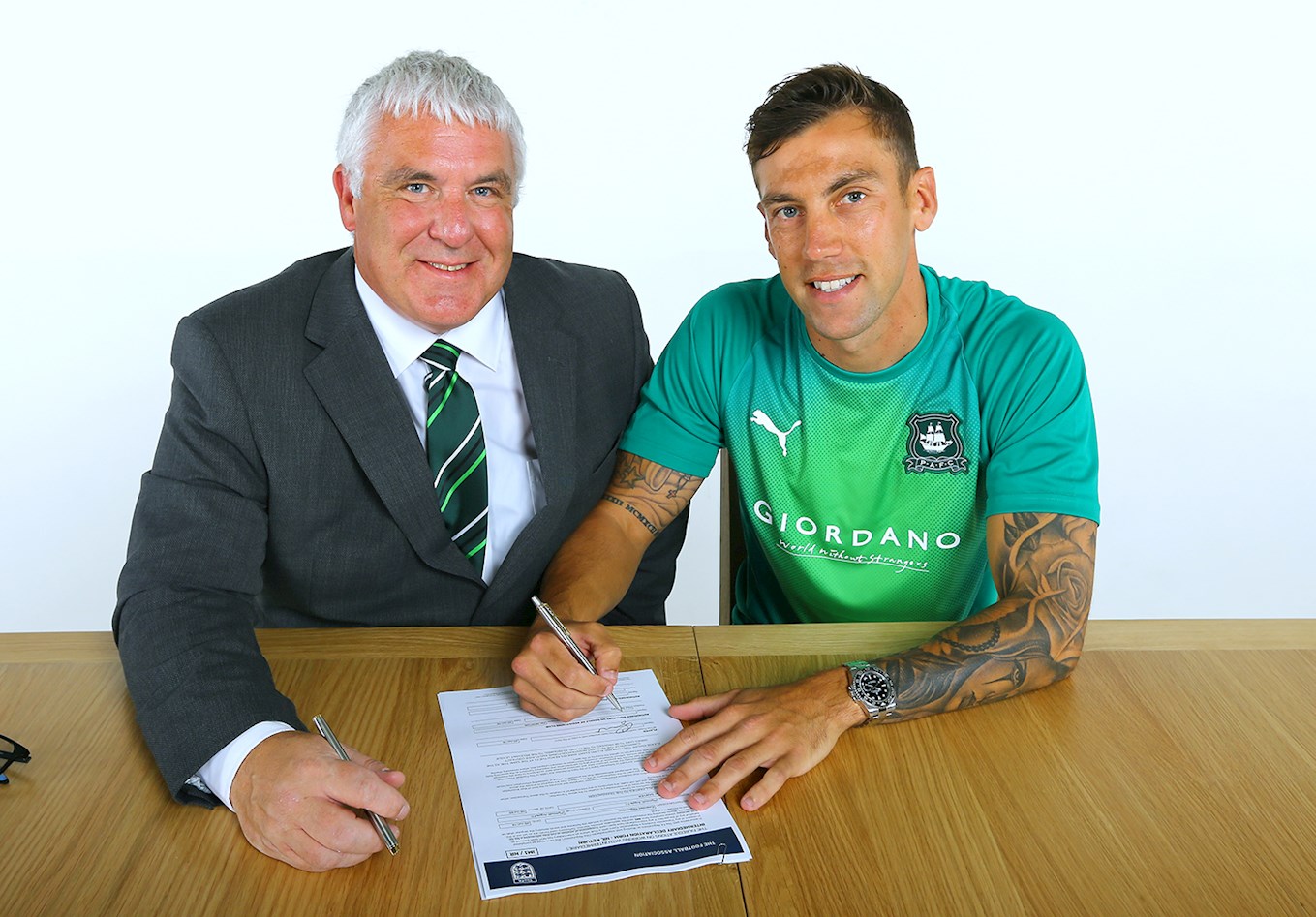 GARY SAWYER has penned a new one-year extension to a Home Park career that began 16 years ago.

The Bideford-based left-sided defender, who progressed through the ranks at Home Park and made his debut as a 17 year-old in 2002, said: “It’s something I worked towards last year - I wanted to be here and, luckily enough, the gaffer’s given me another chance to have another year.”

Gary has played 227 times for the Pilgrims, ranked 58th in the list of Argyle appearances, and scored six goals. Last season, in the absence of injured club captain Luke McCormick, he skippered the side for much of the campaign, making 49 appearances.

He said: “It’s a tough year to adjust when you go up a division and we didn’t have a great start. But we had a great finish so – fingers-crossed – that will lead us into a good season this year.

“I captained the youth team; I captained the reserve team; and to get a chance to do it for the first team was a massive honour for me. I grew up here, supported the club as a kid, and all my friends support the club.”

Gary originally left in 2010 and turned out for both Bristol clubs as well as Leyton Orient, before returning to his boyhood club as Derek Adams’ first capture of 2015 and settled back into his familiar position.

“The club is heading in the right direction,” said Gaz. “When I was first here, we were a Championship side – and a good Championship side. Unfortunately, the club went the way it did but it’s in great hands now.

“The gaffer’s running a tight ship and it looks like everyone’s pulling in the same direction.

Before making his first Argyle start, he went out on loan to rivals Exeter City, then a non-league side, and made 62 appearances for the Grecians. He impressed in both legs of their FA Cup-tie against Manchester United, which paved the way for Pilgrims’ manager Ian Holloway to make him a regular in 2006.