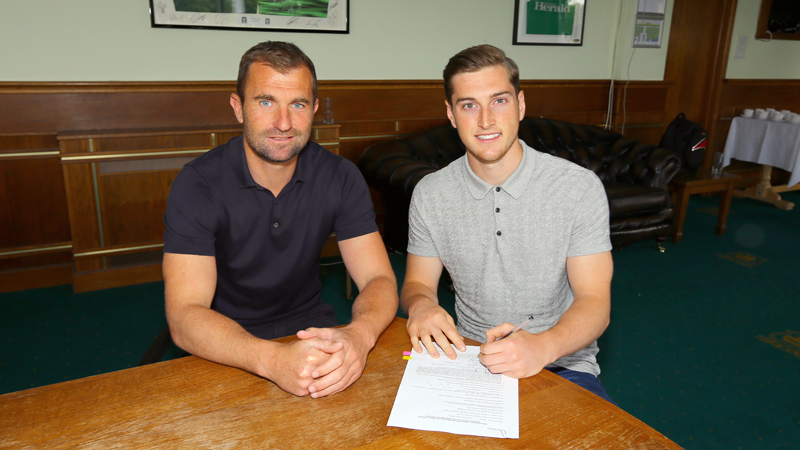 The midfielder was set to join Argyle on loan from Everton in January, but fell foul to a rule stipulating that he could not play for more than two clubs in one season.

Derek Adams, though, has played a waiting game, and now that Everton are willing to let Grant go, Adams can make Conor, 23, a permanent Pilgrim.

Liverpudlian Grant joined hometown side Everton as a 13-year-old, signing professional forms five years later. Shortly after, he made the bench in Everton’s Europa League match against Krasnodar of Russia.

Conor moved on loan to Motherwell, where he made his professional debut, and then the following season was spent at Doncaster Rovers. He was due to spend 2016-17 at Ipswich, but his time there was cut short, and so Grant returned to Doncaster for a second spell, in January.

Before heading for Crewe for 18 games last season, Conor had played one game for Everton in the Checkatrade Trophy, rendering his potential move to Home Park invalid.

Now, though, Derek Adams has his man.