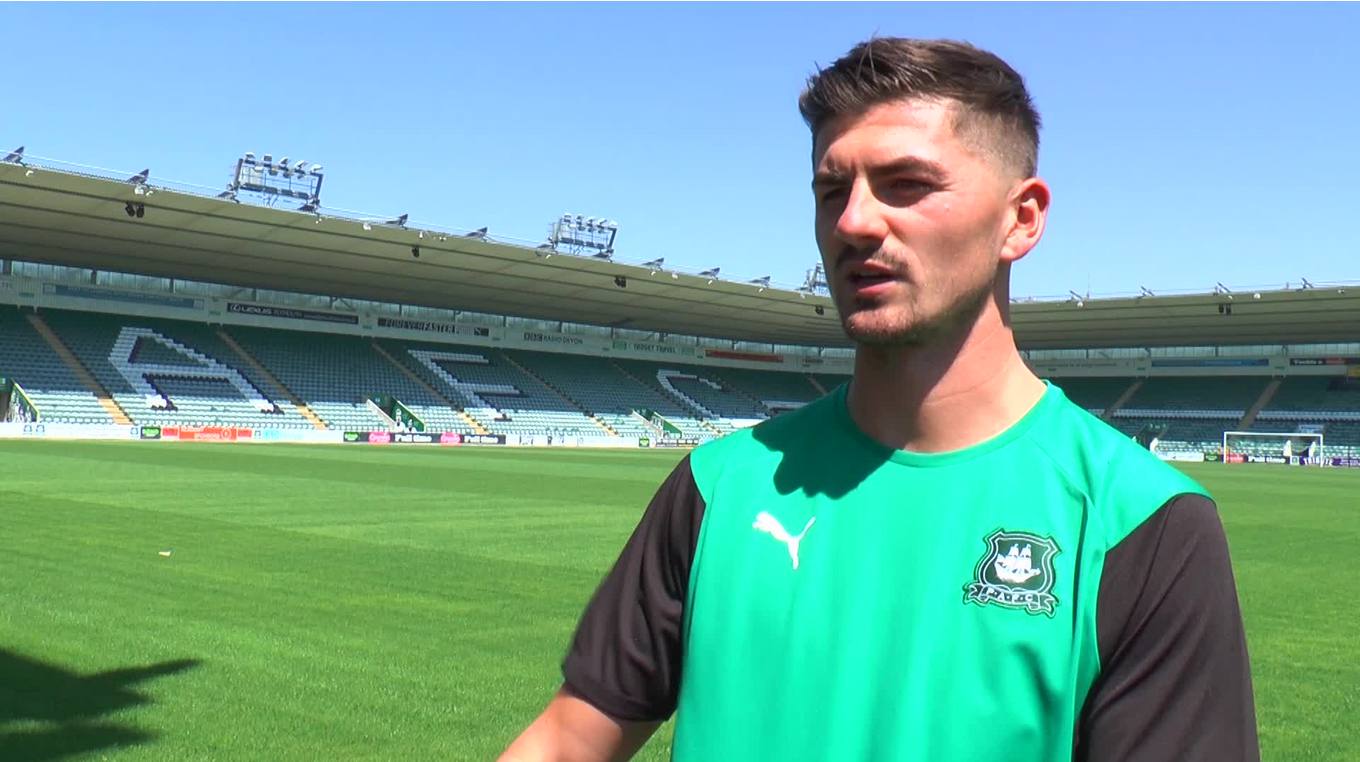 HARRY Burgoyne has his eyes on the Sky Bet Championship – and his desire to help Argyle get there has been fuelled by an old favourite.

Plymothian Joe Mason, now on loan with MLS side Colorado Rapids, is still a Wolverhampton Wanderers player, and during his time at Molineux became pals with promising goalkeeper Harry.

Before embarking on a Home Park loan season, Burgoyne sought the advice of his mate Joe, who gave Argyle the seal of approval – and gave a crash course in local lingo.

“I’m looking to get started and get the Janners back in the Championship,” Harry told us.

“Joe used to play down here. He’s a bit of a fan favourite, and he gave me a bit of advice that I can take into the season.

“The key is to keep trying to get picked in the first team in the net every week, to try to improve the team and myself.

“I want to get some game time, some experience and to help Argyle.”

Harry, 21, has a second goal. He received his first international call-up, to England’s under-21 setup, last season, and is keep to replicate that feat. He knows, though, that performing for his new club is the route to Three Lions acknowledgment.

“It was great to get a call up to represent my country last season,” he said. “It’s all about this season now, looking to the future, to hopefully get in the England under-21s again, and keep playing well for Plymouth.”