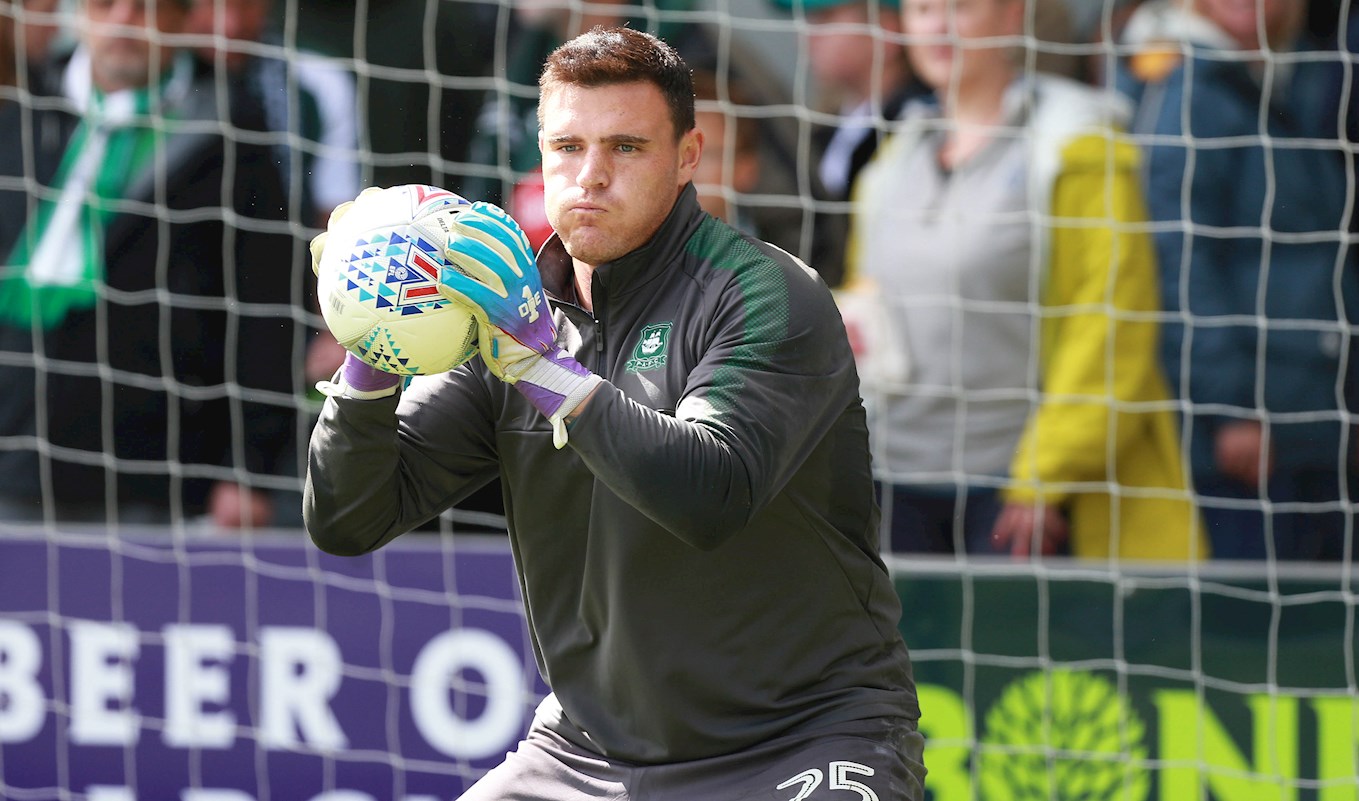 Kyle Back on Board

The goalkeeper was among several out-of-contract players to whom we offered a new deal, and he has indicated his willingness to stay by signing on the dotted line.

Kyle became a Pilgrim for the second time - following a four-month gameless spell as a back-up goalkeeper in 2009-10 - in September 2017, signing as a free agent. He soon got a chance to play, with Luke McCormick injured, and made his belated debut in a battling 1-0 defeat at eventual champions Wigan.

Letheren saved a penalty in a winning shoot-out against Exeter in the Checkatrade Trophy, but in his sixth game, against Blackburn Rovers, he was withdrawn because of injury.

Kyle returned, following a long spell out, to the Argyle bench in February, then deputised for an injured Remi Matthews in a win against Peterborough and a clean-sheet draw against Portsmouth.

"I'm delighted to have agreed a new deal," said Kyle. "I feel I was just getting settled in the team before my injury last season, and feel like I still have unfinished business at Argyle.

"After the success of last season, staying was a simple decision for me. I just want now to stay injury-free and fight for the number one spot."