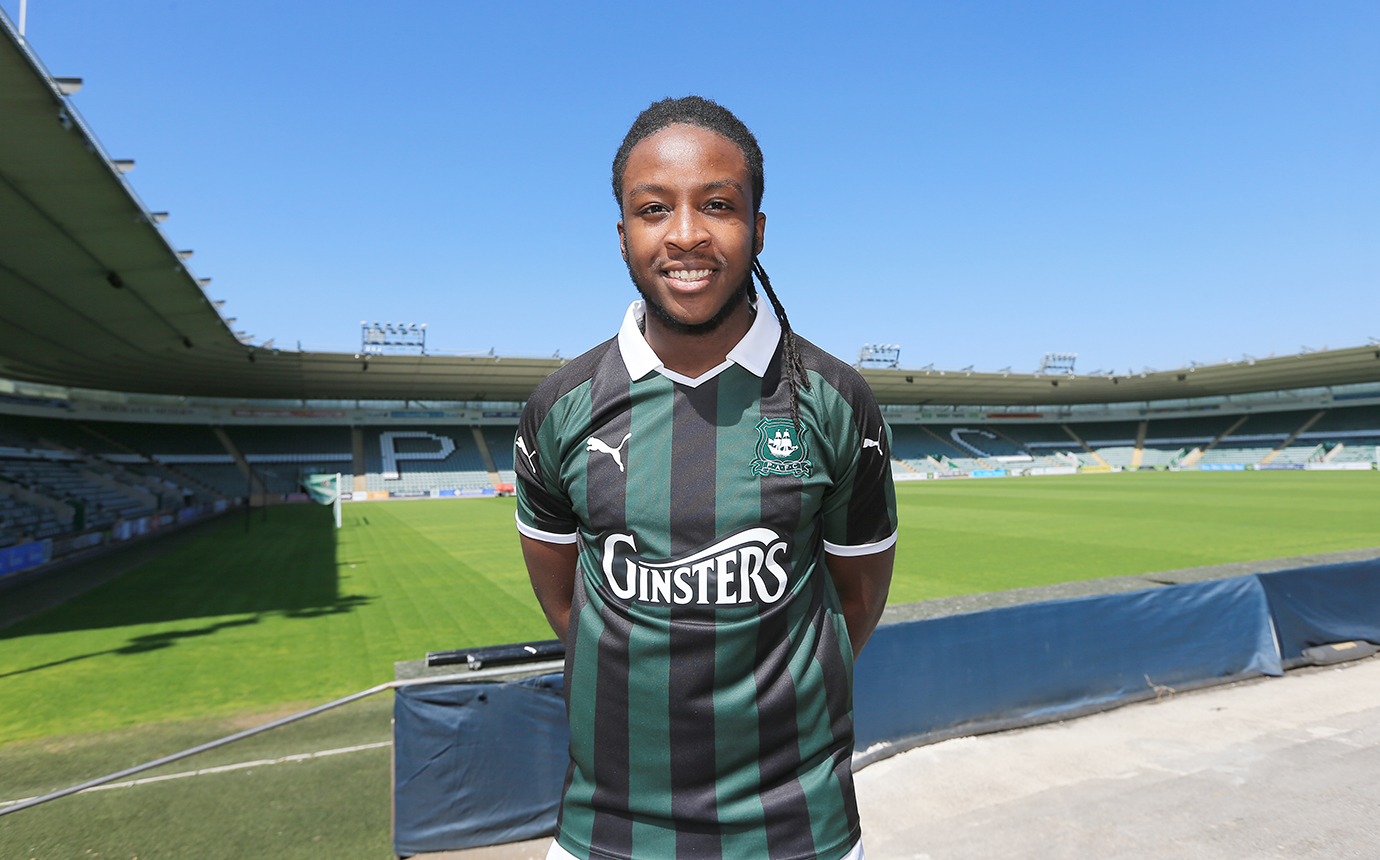 TAFARI Moore’s move to Home Park has been a year in the making.

The former Arsenal and England youth international right-back was told 12 months ago that his contract at the Emirates would not be renewed, and had been plotting his next move since.

That planning has ended with his arrival at the Theatre of Greens – via a loan spell at Sky Bet League Two Wycombe Wanderers – when he became manager Derek Adams’ 10th close-season signing.

On his first day at Home Park, he said: “It’s amazing to be here. I’m really happy. I’ve been looking around and it looks amazing. I just can’t wait to start pre-season.

“At the start of [last] pre-season, I knew what was going to happen so, in that time, I was trying to make certain moves to help me get my next move, and I ended up going out on loan which was the platform to showcase myself.

“This move came about a few weeks ago. I spoke to the gaffer and he told me how the team plays, what they want, that he likes me as a player. That was pretty much it.”

After eight years with Arsenal, the stint at Adams’ Park came as an eye-opener for 20 year-old Taf.

He said: “I was at QPR from Under-9s to Under-12s and then I moved to Arsenal. When I was 12 and had to make the decision, I knew Arsenal’s philosophy and the way they played and I just knew it would be great for my development. I learnt a lot while I was there.

“To be honest, it wasn’t until I went to League Two that the other side of the game started – I had to see how I could deal with it. Before, everything would just be on the ground; when I went to League Two, a lot of it was in the air and there were areas of my game where I thought ‘I really have to work on that.’

“I’m glad that I’ve got that experience.”

Tafari adds options to a back line which has lost several players from last season, and may well be catching the eye of the Green Army before too long.

He said: “Sometimes, I may be too energetic. I’ve learnt to make the right decisions when to go forward but I do like to go forward when I can.”