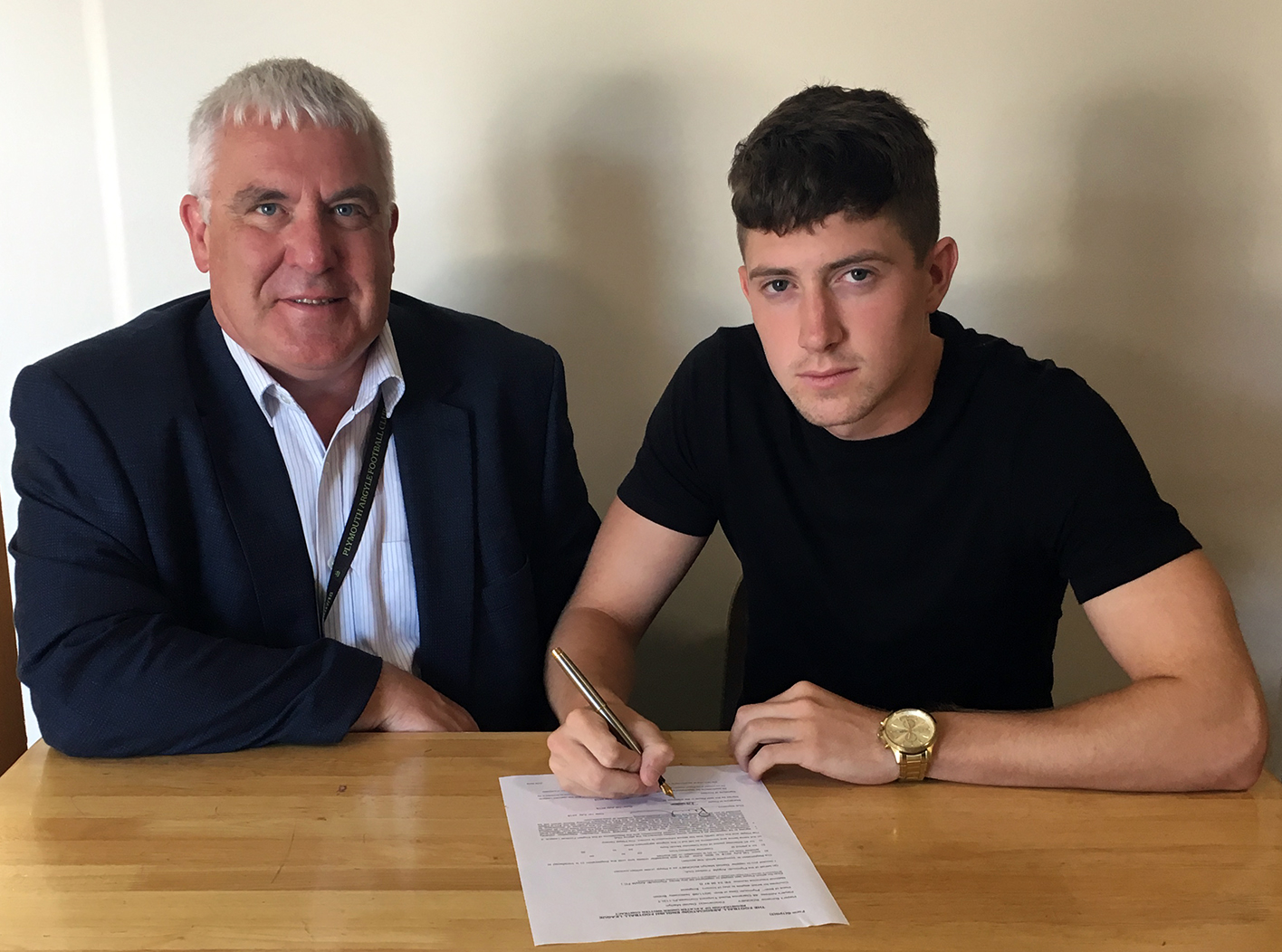 YOUNG midfielder Dan Rooney has signed a contract extension for the 2018-19 season.

Nineteen year-old Daniel was given a professional contract for the 2017-18 season after completing his apprenticeship and he continued to impress in holding and attacking midfield positions.

Next on the agenda for Dan is regular first-team football, and that could mean a spell away from Home Park.

"I am going to try my hardest to get out on loan, to get myself out there a bit more," he said. "I think going out on loan is important for a young player so we can get used to a physical environment

"I have had a chat with the manager about going out on loan. He says it's fine for the young players to do that. Obviously, I'd rather be playing for a team where I can get my name out there and work my way up and prove myself to this first team."

Dan, brother of former Argyle first-teamer Louis, originally signed up with the Argyle Academy in 2007 and made his breakthrough into the Under-18s side in 2014-15.

The following year, he played a vital role in the Carlsberg South West Peninsula League side's promotion to the Premier Division.

As a result of confident displays in the middle of the park in the Peninsula League and Youth Alliance Merit League, he was given a pro deal after completing his two-year apprenticeship.

The youngster has also represented Northern Ireland at various age groups and is currently in their Under-19 squad.

He said: "It has been a good experience, but completely different. You are playing with people that you have never played with before - players from top clubs - and playing against international teams. You can compare yourself and what you're doing with what's out there."