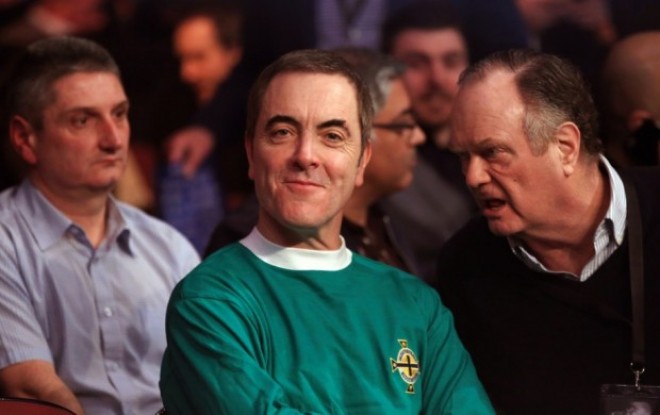 ARGYLE'S young Pilgrims heading to Northern Ireland for the SuperCupNI in July now know the dates, times and locations of their opening games.

Our boys will kick-off the tournament, at noon on Monday, July 23, at the same time as another Group C match, when we take on County Fermanagh in Broughshane. Broughshane is a village near to Ballymena, in County Antrim, where actor James Nesbitt grew up. Nesbitt opened the 2016 tournament.

After overcoming any opening day Cold Feet, Argyle will meet Chivas Guadalajara on day two of the competition, again playing at noon. This time the game will be at Clough, County Down, around 60 miles to the south of the opening fixture. We do not know of any link with the actor James Nesbitt, although he has worked with director Chris Clough on several projects.

Day three, Wednesday, July 25, sees Argyle head to the north coast, to County Coleraine, and Castlerock, which sounds a bit Game of Thrones-y, but it's all about football. Although, if you are following the boys, the neighbouring town of Portstewart does boast the Game of Thrones guesthouse, if sharing accomodation with dragons is your thing.

Our game at Castlerock is against County Antrim, and kicks-off at 3pm. Incidentally, the actor James Nesbitt lived in Castlerock as a teenager.

At this point, the team's performance over the opening three games will determine the next set of fixtures. All 20 participating teams will be ranked, with the top four competing for the highest prize, teams 5-8 in their own mini tournament, and so forth.

We will keep everyone abreast of the young Pilgrims and their journey through this year's SuperCupNI here on pafc.co.uk.