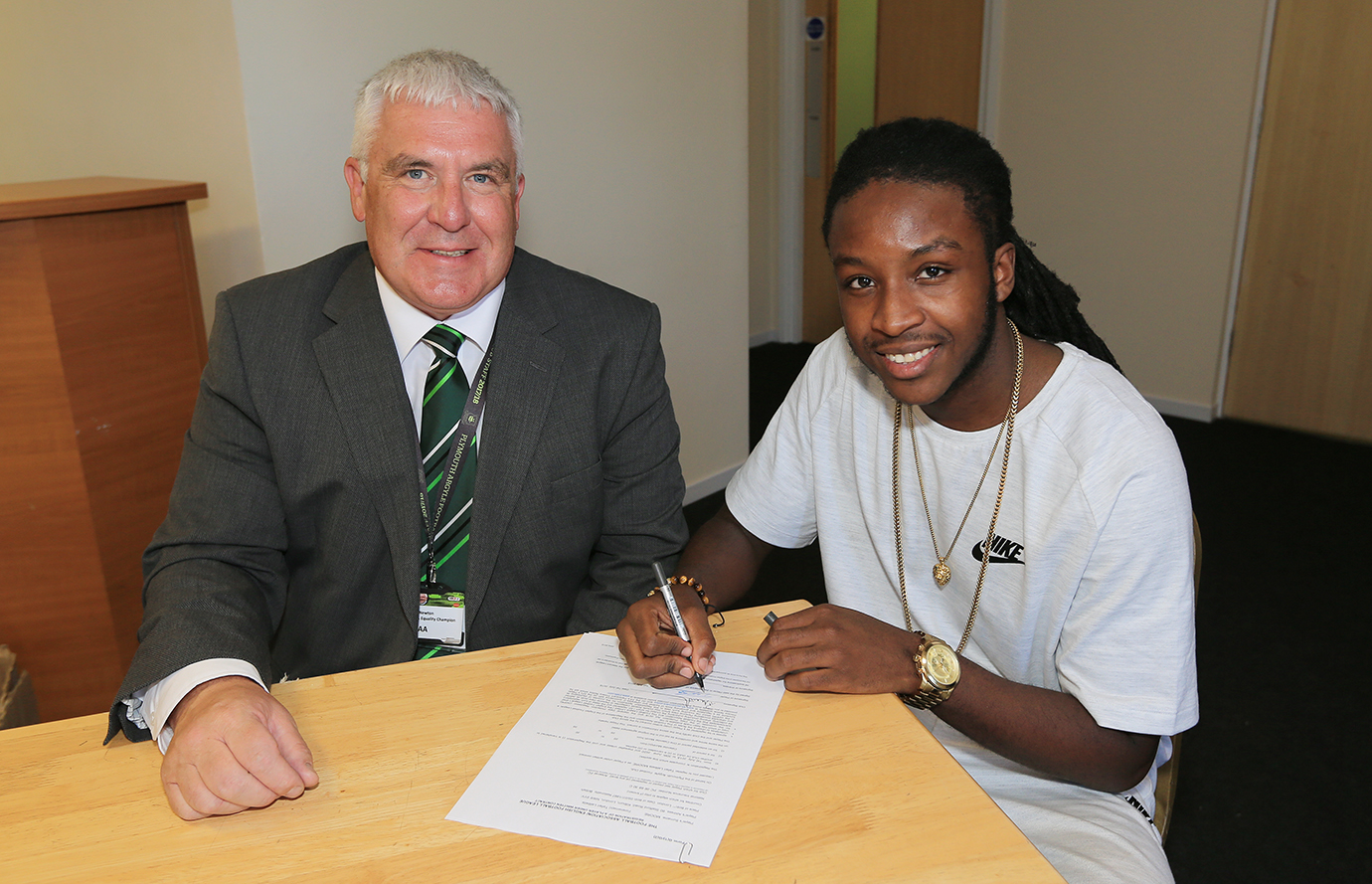 TAFARI Moore checks in at Home Park after growing up at Arsenal.

The 20 year-old defender, who was born in Brent, started his career with Queens Park Rangers in 2005 as an Under-9. He spent four years at the R’s before joining the Gunners in 2009.

After moving to the Emirates, he became a regular at all levels up to Under-21, emerging as a real prospect on the right-hand side of defence as a pacy, energetic, attacking full-back.

He signed his first professional deal at Arsenal on his 17th birthday in July 2014 but failed to break into the senior first-team.

In order to gain some experience, Tafari joined FC Utrecht on a development loan in August 2016. He featured mostly for their reserve team, who play in the second tier, and made one appearance for the senior side.

Last season, he spent time at Wycombe Wanderers, who will be new to Sky Bet League One this year, making 13 appearances, the last of which came at the end of March.

Tafari has represented England at every age group from Under-16s to Under-20s. In September 2016, he was called up form the Under-20s to train with the senior England squad by then boss Sam Allardyce to cover for injured Manchester United defender Luke Shaw before Big Sam’s only game in charge against Slovakia.