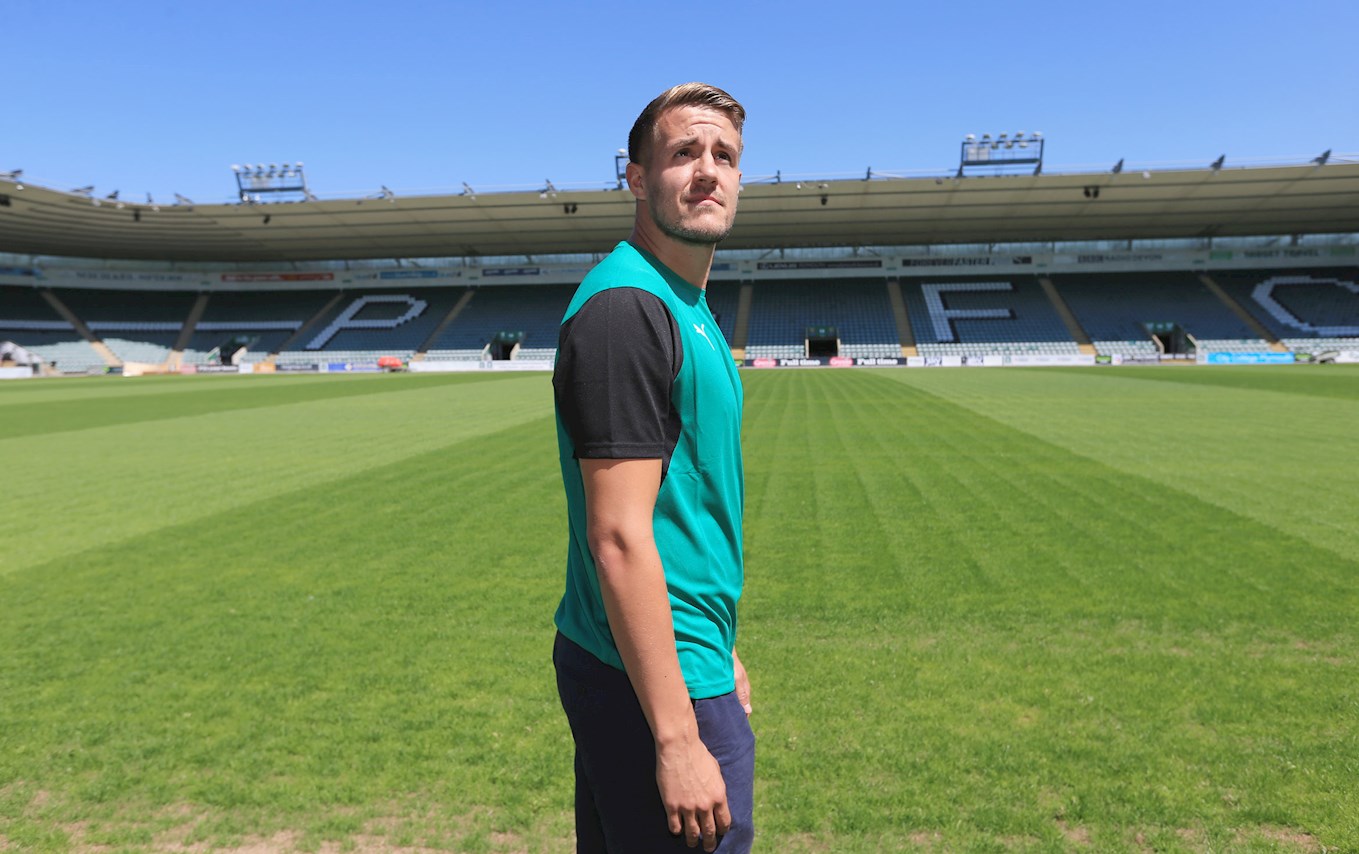 Wootton on the Pitch

ARGYLE’S latest piece of summer business is a central defender who once cost £1m and has Champions League experience on his CV.

Scott Wootton, 26, is the latest to join the Pilgrims, and comes with impeccable grounding at some of England's biggest clubs.

His career started with Tranmere Rovers before joining Liverpool at 13. He made his under-18s debut for the Reds at just 14. He then swapped the red of Merseyside for the that of Manchester, signing for United in 2007.

Scott became captain of the United Academy side in 09-10, and was promoted to the reserve team the following year. In September of 2010 he re-joined boyhood club Tranmere on an initial one-month loan. He made his debut and scored in a 1-1 draw with Brighton.

Wootton made his first unofficial appearance for Manchester United when he featured in Gary Neville’s testimonial game in 2011. In July, he made a loan switch to Peterborough United and made 11 appearances for them - including a 7-1 debut win over Ipswich - before having his deal cut short in the last week of January.

He then went to the City Ground, Nottingham, and played 13 times for Forest over the course of that season. In September 2012, he made his Manchester United first team debut in a League Cup tie at home to Newcastle.

A week later it got even better for the defender as he made his Champions League debut in a 2-1 win over CFR Cluj when he replaced Jonny Evans in the second half.

In August 2013, Scott joined Championship side Leeds United for a million pound fee. A year later he joined Rotherham in another loan deal, but an impressive run of form for the Millers prompted him to be re-instated at Elland Road.

After 74 games for Leeds, Scott joined Milton Keynes Dons in 2016. Last season he made 47 appearances for them, scoring the latest of his three career goals.