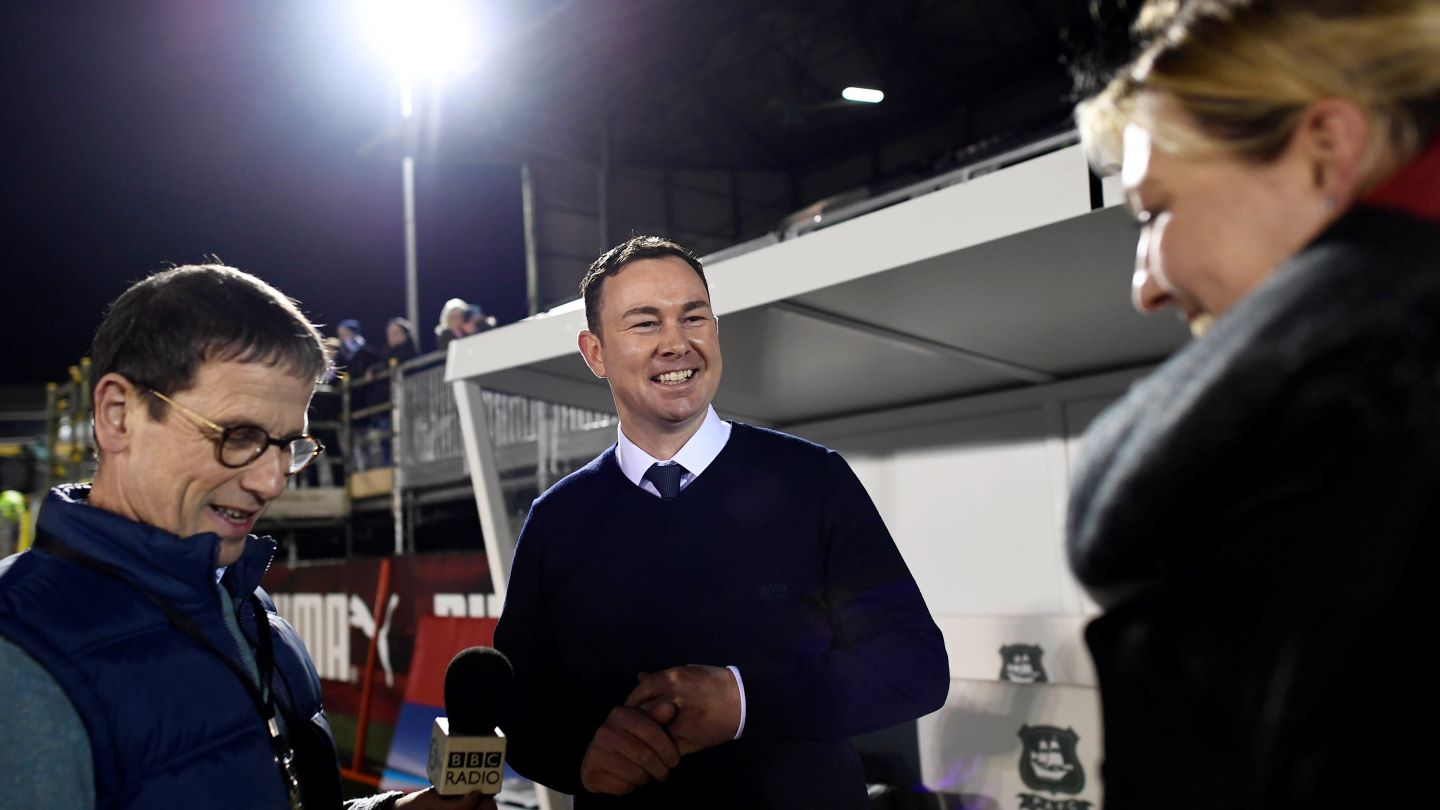 He admits that he did not necessarily focus on the play-offs as a goal for Argyle this season – especially when the Pilgrims found themselves bottom of Sky Bet League One in December – but always believed his side would improve, and now says the target for the side has been amended.

“At this moment in time, our goal has changed,” he said. “The position that we find ourselves in, being sixth, one point behind Scunthorpe with a game in hand, and we’ve still to play them, we’ve got to try to push on into the play-off positions. We’ve got to talk in a really positive way because we have put ourselves in this position. We’ve got nine games to go – let’s see where it takes us.

“It does annoy me, because people want to put a downer on things, and we have to show them they are wrong. We prove people wrong on a daily basis.

“Everybody last year didn’t think we could close the gap between us and Doncaster; didn’t think we would take the title to the last game of the season. You shouldn’t stop believing in things. We believe we can finish in the play-off positions because that’s where we are. It’s a fantastic season so far. We want to make it even better.”

Better for the club, but better for the city. Since moving to Plymouth in June 2015, when he took over as manager, Derek has clearly developed an affection and affinity for the place, and wants any Argyle success, and indeed that of other local sporting sides, to drive passions in Britain’s Ocean City.

“We want a positive vibe in our sporting environment. I don’t see enough of these teams, sports in the city. I walk through the city all the time and I don’t see it. I don’t see banners, positive publicity. The city is a thriving city, it’s going forward, redeveloping and is going to be an exciting place in a number of years. We need to promote our sporting teams across the city.”