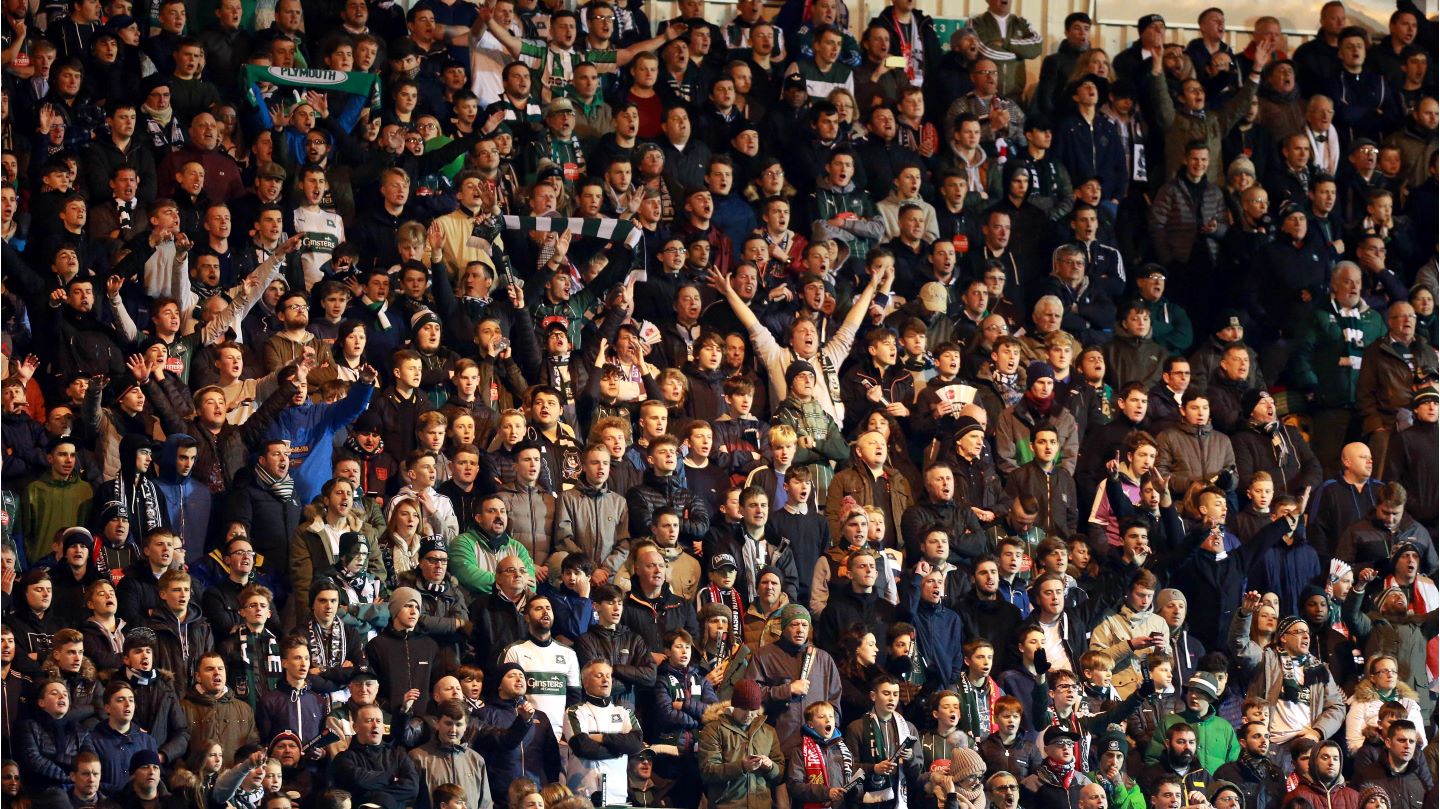 SINCE Derek Adams arrived as Argyle manager, those tracking his progress have got used to noting records.

Phrases that begin along the lines of ‘the longest’ or ‘the best’ or ‘the most’ shortly followed by a qualifier of ‘since...’ or ‘ever’ have not been unusual.

Now, though, it time for the Green Army to take their turn. The number of supporters in the away end when Argyle meet Charlton Athletic this Saturday at the Valley will number very close to 3,000.

This will be the largest gathering of Pilgrims on the road in a league match since...well, it is tough to be sure. Putting aside the latest play-off final, and FA Cup ties at Anfield and the Emirates, it seems as though there has not been such a gathering of the green since Plymouth Argyle was a Championship club.

In fact, regrettably, we cannot give you a specific game in the record books which would be the last time the travelling Green Army totalled more than 3,000. That, though, says something in itself. It means that the last time more than 3,000 Argyle fans mobilised in the league, the EFL was not even counting away attendances.

Whispers of 4,000+ in the away end at the Madjeski Stadium, Reading, on the opening day of the 2005-06 season rings some bells. If not that day, then maybe the show of support at Meadow Lane after Paul Sturrock’s departure, to back Kevin Summerfield and the team.

Ultimately, the number of bodies in an away end matters not a jot in the record books. However, what it is symptomatic of is a flood of support for the current manager, his team, and the regime. Being an Argyle fan is rather de rigueur right now.

During a Thursday press conference in which Derek Adams made an impassioned speech about belief, the manager then juxtaposed this motif beautifully.

“It’s unbelievable,” Derek said, of the near-3,000 forecast. “We know we travel in huge numbers. When this football club has been successful, the more supporters come and watch us. It’s great that we have so many travelling with us such a long way.

“They definitely help. There’s going to be 3,000 supporters with us, and it’s going to feel like an FA Cup game, because we are taking so many. We’ll fill the away end, and they will be vocal from start to finish.

“We’ve got 3,000 going with us on Saturday, and we will concentrate on what we can do, and what trouble we can cause Charlton at the weekend.”

Charlton may be causing themselves the trouble right now. Manager Karl Robinson left for Oxford United during the week, with assistant Lee Bowyer set for his first match as number one. Rumours of takeovers abound amid fan unrest. Derek, though, remains unmoved about the activities of any team besides the one he leads.

“From our point of view, we’re in a rich vein of form just now,” said Adams, in a line akin to saying that the Cairngorms are a trifle hilly. “We’d like to continue that. Charlton have changed manager, and Lee Bowyer’s going to be in charge. They’re changing, but that doesn’t affect us. We go into the same game with the same mentality, and the same players for Charlton.

“We’ve got 18 men in the squad for Saturday, as we did for Bristol Rovers. The rest are not able to participate.