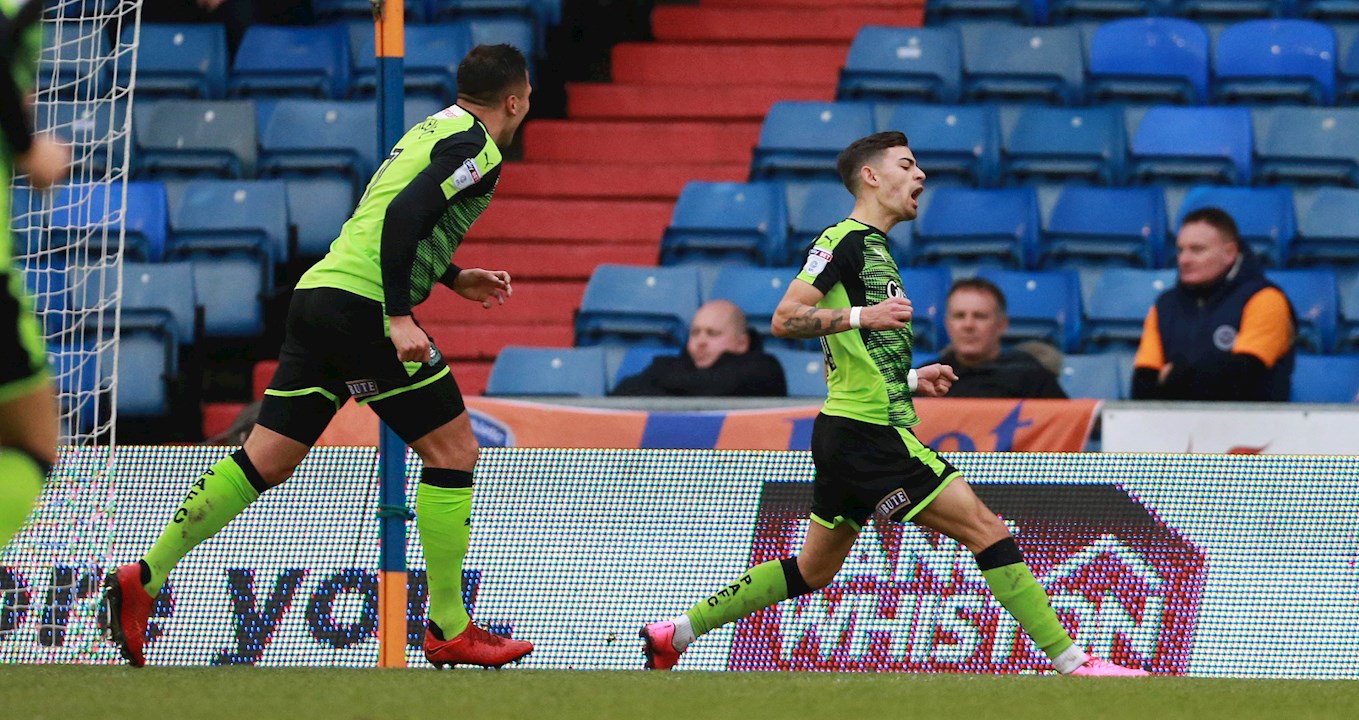 ARGYLE attacker Ruben Lameiras believes there is a buzz around Home Park at the moment after their 3-2 victory in front of more than 13,000 at Home Park last Saturday, against Bristol Rovers.

Having come from behind twice in that game, Lameiras believes it shows the character that the Argyle squad has, and the importance of each player sticking to their roles.

“It was good,” said Ruben. “We showed great character coming from behind twice. We knew what the game plan was and it had to be adjusted quickly. I think the boys carried it out really well. We never gave up; we always looked to try and create more chances and score. As soon as we went 3-2 up we were ahead of the game and it makes it very difficult for teams to come back.

“As individuals we all know our jobs in the team. Going 1-0 down we needed to raise the tempo a little bit and try to create more opportunities more quickly. We did that, we had quite a few chances and it went our way and we are happy.”

With the team now having lost only one of their last 17 matches Ruben can feel a real buzz around Home Park since the significant up turn in form.

Ruben said: “It’s always good when the team is doing well. There is a buzz around the place, we are just trying to keep the momentum going and we are not going to let anyone slack off it. In training and in games everyone is still putting their bodies on the line. That is the thing we have to keep doing: keep our standards high and drag everyone else with us, then that will contribute to the winning mentality and generates the buzz around the place.

“You’ve got to enjoy it, even when things aren’t going well you have got think good. It is great; I am enjoying it and I’m playing with a lot of freedom. I’m still not at my best and I think I have a lot more to come and I think that will come with more experience and matches I play.”

Ruben has played at the Valley twice before in his career with both being in difficult circumstances. On one occasion, disgruntled fans threw toy pigs onto the park as a mark of protest.  This weekend’s match also comes at an odd time for Charlton, with Karl Robinson leaving the club by mutual consent on Thursday, and fans protesting about various facets of the club.

He said: “I have played their twice with Cov (Coventry). Last year was a bit mad with the pigs. The year before that they had a few problems so there wasn’t many people there. This year they are doing a little bit better. Speaking to some of their players they think they should be a little bit higher than they are. It plays into our hands a little bit as they are feeling the heat.”