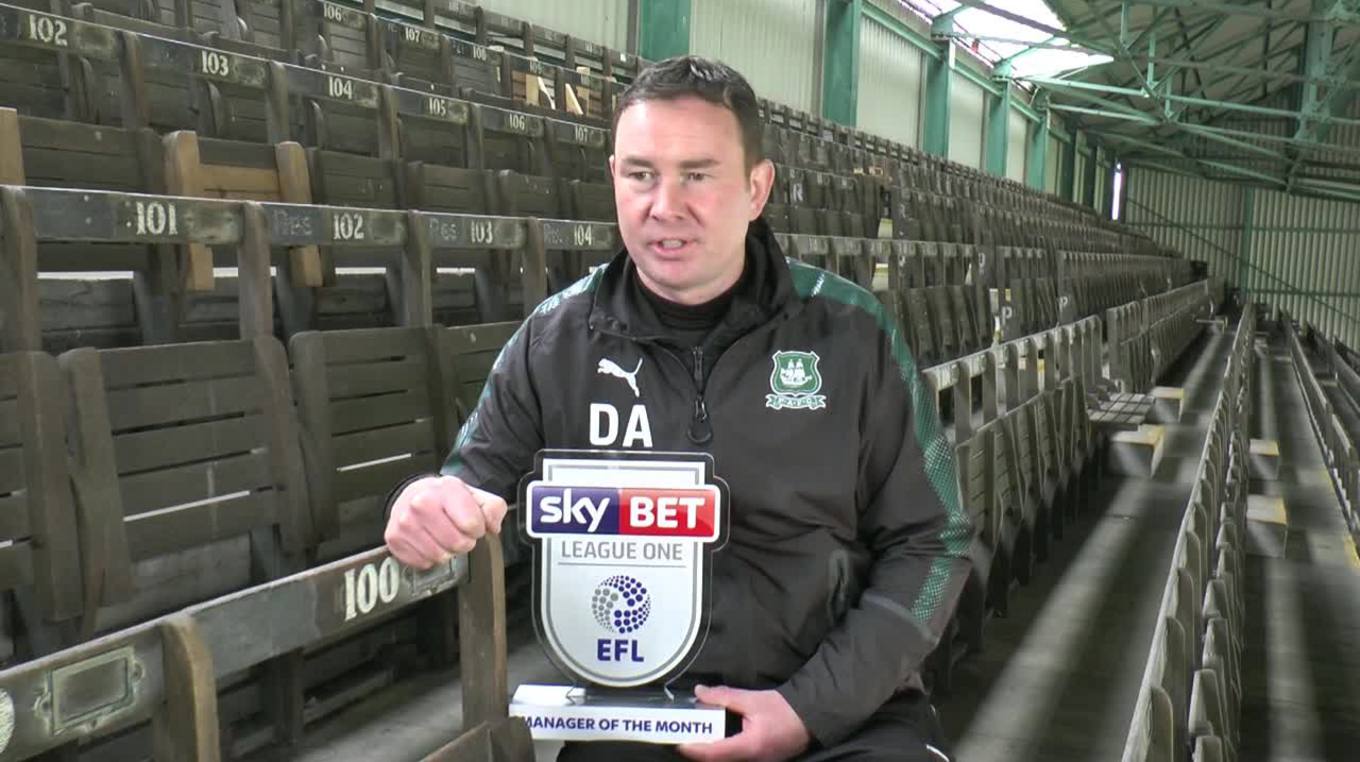 THE month of February saw the Pilgrims climb into the Sky Bet League One top six for the first time this season, and led to Argyle boss Derek Adams scooping the division’s Manager of the Month award.

Derek took the award after his side won all five of their matches in February, including victories against automatic promotion hopefuls Blackburn Rovers and Shrewsbury Town. The Greens scored ten goals and conceded five, which also meant that it was Argyle’s most successful February in their history, surpassing the same month in 1969, when the Greens won four from four.

The only other time the Pilgrims have won five from five in a month was January 1952, scoring 12 goals and conceding just five. That season, the Pilgrims achieved promotion to Division 2 after finishing the season as champions.

Another month where Argyle averaged three points per game was December 2003, when they won all four of their matches, scoring ten goals and conceding just two. Once again, the season ended in success with the Pilgrims winning the Division Two title.

However, based on points gained in a calendar month, the Pilgrims’ best ever month was April 1930 where they picked up 21 points, winning seven games, but also losing one. That again led to promotion as the Pilgrims stormed the Division Three (South) title.

Another interesting stat is that, during the 1985-1986 season, the Pilgrims consecutively recorded the second and third best months in their history, in terms of points gained in a calendar month.

Under the guidance of Dave Smith, the Pilgrims picked up 19 points in both March and April, winning six of their eight games, drawing one and losing the other. Argyle won promotion that season to Division Two, finishing in second place.