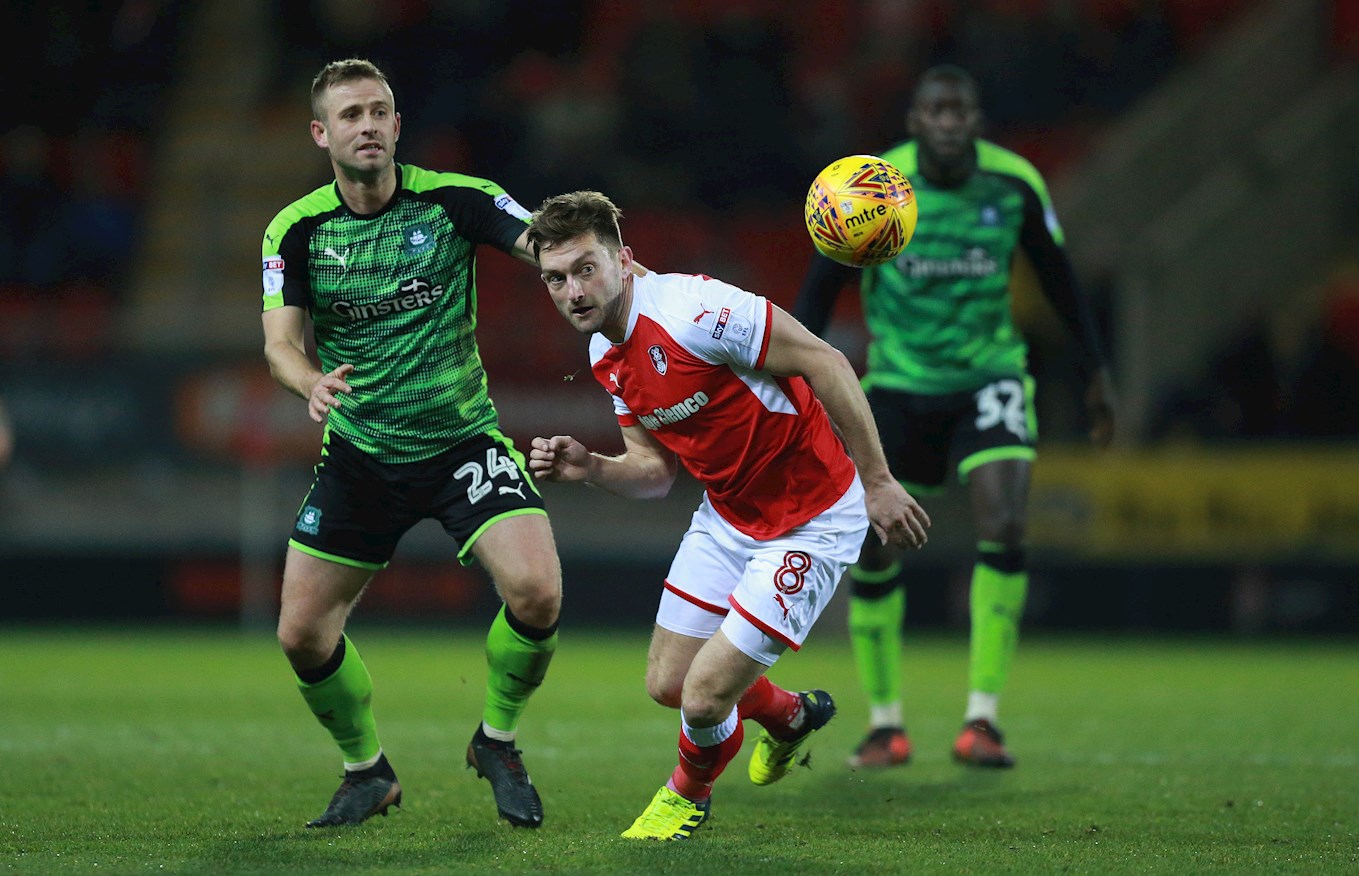 ARGYLE midfielder David Fox is well aware of the threat Fleetwood Town pose on Argyle’s recent run when they lock horns on Saturday.

The Cod Army currently sit 21st in the table, with Argyle sixth. This is role reversal from the last time the teams met, in October, at which time Argyle were bottom of the league, and  Fleetwood occupied tenth.

This time, around, with former Pilgrims boss John Sheridan now at the Fleetwood helm Fox knows it is going to be a difficult challenge.

Fox said: “I’m sure with an experienced manager like John Sheridan they will be looking to turn things around. They have got some good players there and we know that. They brought in a lot of players in January and spent a lot more money than we have, so that’s what we are up against on Saturday.”

Sheridan will not be the only familiar face in Saturday’s fixture. Toumani Diagouraga left Argyle to join Fleetwood in January after a positive spell at Home Park. Fox admitted he is looking forward to playing against him, although he was glad his teammates were able to continue the push up the table following his departure after many had felt Toums’ arrival was the reason for Argyle’s upturn in form.

“I think if you look for one [reason for the upturn in form], you won’t ever find it. There has been a whole host of things that have gone our way in regards to turning it around. I am glad for a lot of people at the club that we have kicked on since Toums left, because it was unfair that some of the boys thought ‘what’s going to happen now?’

“I thought we were going to have to stop the season because things were getting that bad and panicky. I’m glad the boys have stepped up and kept on winning just to prove that it wasn’t one thing that got us going.”