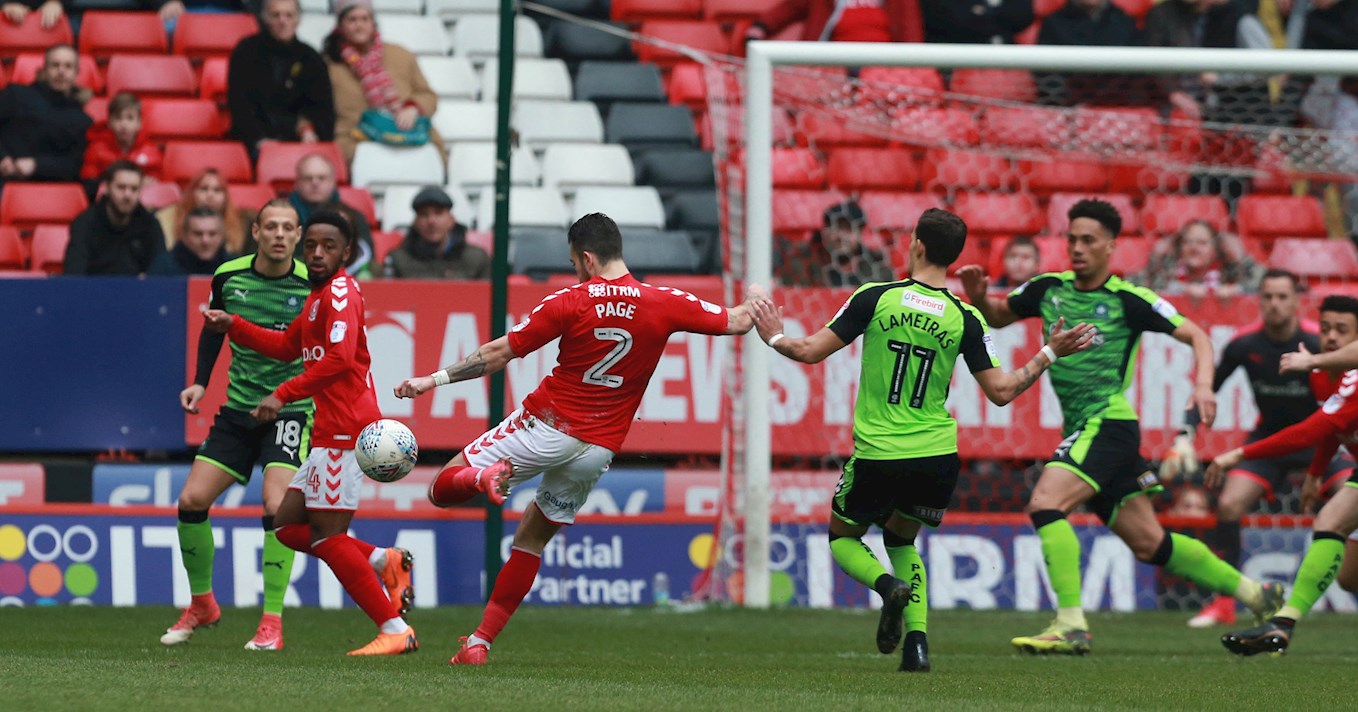 A MERE 119 days since Argyle lost at Fratton Park, Portsmouth, they lost 2-0 to Charlton Athletic.

The significance of the time in between the defeats cannot be overstated. The Pilgrims have risen from nailed-on-for-relegation to play-off contenders in a little under four months, and set Sky Bet League One alight in the process.

This was only the second defeat since the loss to Portsmouth; the first on the road; and the first time they had failed to score since drawing a Fratton blank.

Everything looked in Argyle's favour on this occasion: the form, the league position, Charlton's disarray off the field and Argyle's huge 3,000-strong support off of it.

They had their first chance in the opening minute, with Zyro fluffing his lines when put through. In trying to make a last-ditch tackle, Gary Sawyer looked to have hurt an ankle, but he carried on, relieving Derek Adams of the hassle of having to make a substitution so early.

Soon, though, Athletic led, as after Oscar Threlkeld headed a Charlton cross away from the Pilgrims' area, it fell to Page, who read the play well, breasted the ball down, and hit a textbook volley high into Remi Matthews' net.

Despite the early notch on the scoresheer, Adams probably would not have been too worried about the pattern of play. The Addicks had scored after three minutes, most of which had been filled with treatment to Sawyer. Argyle calmly played their way into the game, and spent plenty of time in possession and probing into the Charlton half.

Ryan Taylor had Argyle's best chance, flicking a low Graham Carey cross seemingly goalwards, but seeing it diverted by the fingertips of home goalkeeper Ben Amos, and away. Amos celebrated like it was a Charlton goal - and it was probably as important.

Soon, Charlton had broken, and Joe Aribo picked up a loose ball on the right flank to cross into the middle. Michal Zyro found space at the near post and placed a facile header into the net.

Argyle would probably have felt very hard done by, given their possession and play, but it has to be said that Charlton looked threatening every time they went forward, and from the second of a brace of corners, Patrick Bauer's strong header brought a good save out of Matthews.

Bauer was booked for a cynical foul on the lively Ruben Lameiras, and there followed a series of free-kicks for Argyle, enraging the Charlton fans, who failed to grasp that continually fouling Ryan Taylor and Graham Carey will lead to free-kicks against.

Argyle tried in vain to make one count. Carey shaped to shoot but instead flipped one into the area, but it fell between Jamie Ness and Yann Songo'o. From the next dead-ball  Carey tried a direct hit, and struck it well, but his radar was slightly off.

Argyle continued to be the side who dictated the pace of the game, but Charlton came closest to the next goal, as Nicky Ajose volleyed on target, only to find Matthews well placed.

Tarique Fosu curled narrowly wide early in the second period, as Charlton looked to turn the screw, and Adams responded with a double substitution on 54 minutes.

Alex Fletcher and Aaron Taylor-Sinclair came on, replacing Lameiras and Songo'o, with Sawyer shifting to central defence, as Argyle lined up in a diamond.

Taylor-Sinclair was quickly into the mix, driving forward and exchanging a one-two, but his cross came after he gone past the dead-ball line.

Try as they might, Argyle could not piece together the move that split Charlton apart. Carey had two more long-rangers - the first a wide speculative effort when he had more time than he realised, the second a well-hit first time effort that Amos was relieved to see go not far over his crossbar - but it was about all they could muster.

In fact, Zyro's late flash across the Argyle goal was the moment most likely to yield the next goal of the game, as Charlton's home support found their voice late on, and saluted caretaker manager Bowyer on his debut win.

The Green Army were no less appreciative, though. It was a shame for the 3,000 that this was not Argyle's day, but it was notable that players and supporters applauded one another.

Broadly speaking, it's still all good - see you Friday.