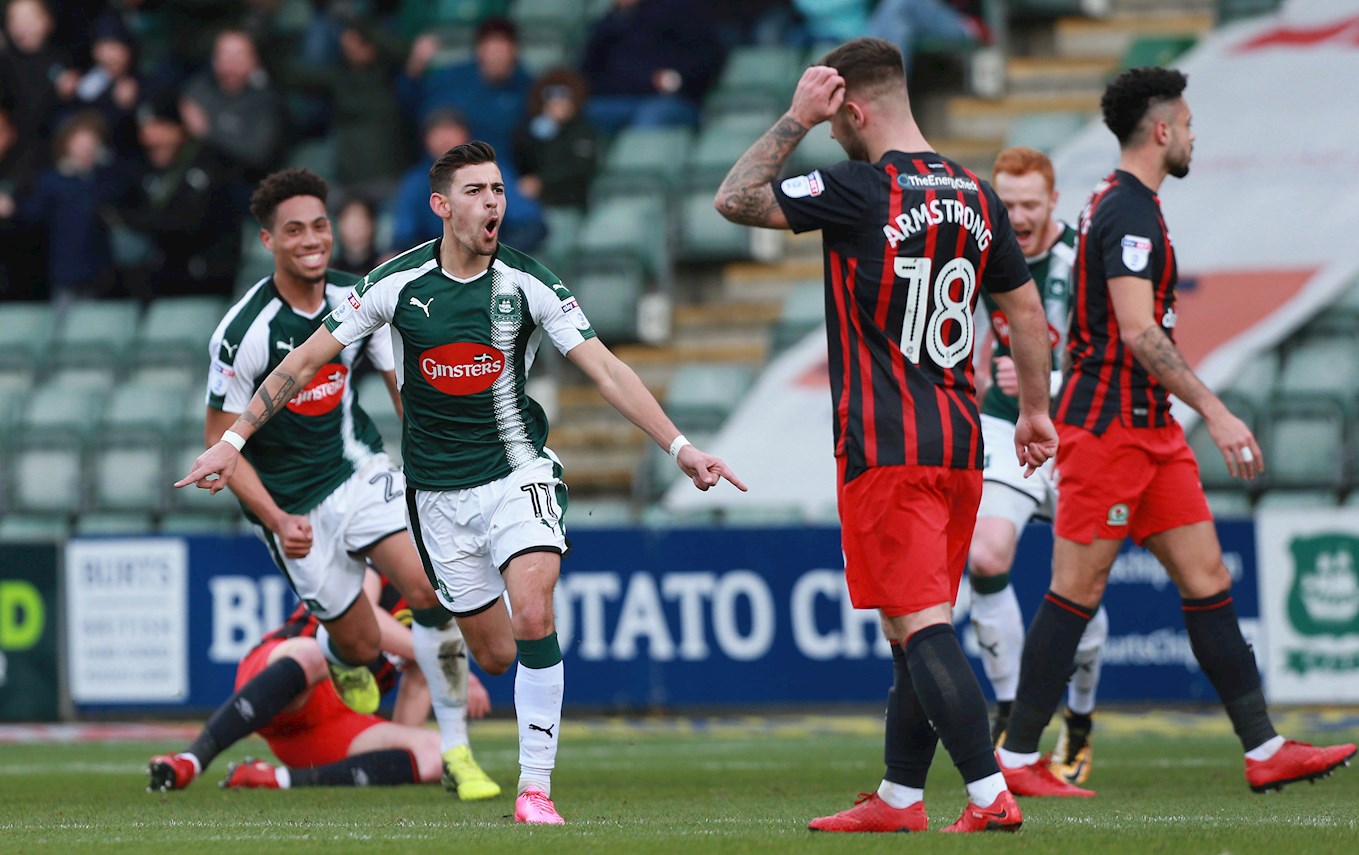 ARGYLE’S Fantastic February – the best month in the club’s history – has been recognised with nominations for manager Derek Adams and midfielder Ruben Lameiras as Sky Bet’s League One Manager and Player of the Month.

The Pilgrims took a tremendous run of form into February, and then topped that with the perfect month – five games, five wins – which saw them surge from 13th in the division to sixth, the final play-off position.

Derek’s citation from Sky Bet reads: “What began as a climb away from the foot of the table in December has blossomed into a full-on tilt at promotion. Maintained his side’s focus superbly, guiding them to five wins out of five, with Blackburn and Shrewsbury among their victims.”

Derek’s rivals for the monthly award are leaders Blackburn Rovers’ Tony Mowbray; new Southend manager Chris Powell (Southend United); and December’s monthly winner Paul Warne, of Rotherham United, who, like the Pilgrims, had a perfect month with an identical record.

Ruben earned a nomination, with Sky Bet noting: “His form this season has mirrored that of his team. Out of form and favour, the Portuguese playmaker came back into the side just before Christmas and has been brilliant since. He scored two goals and made two more in the month.”

Ruben is up against Blackburn striker Adam Armstrong, who contributed four goals and an assist to Rovers’ February achievements cause; Jason Demetriou, the Southend full-back who scored three goals and contributed to two clean sheets in four games; and Rotherham winger Joe Newell, who weighed in with two goals and three assists.

The award winners will be announced on Friday, March 9.