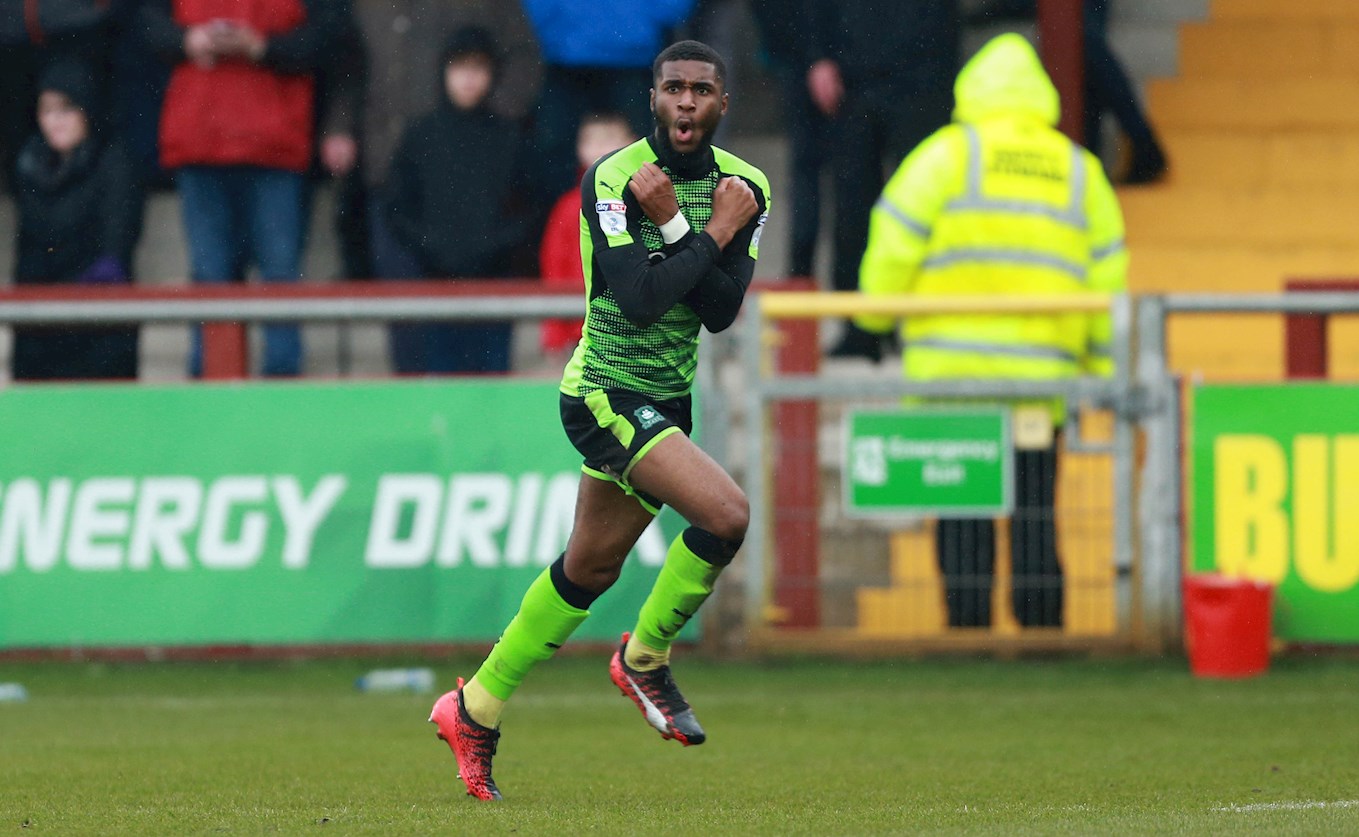 Moses on his Toes

INJURY to Antoni Sarcevic is what created a chance for Moses Makasi – but Moses wants his fellow midfielder to be fit as soon as possible.

Sarcevic, who has been in superb form in 2018, is out with a groin injury, and missed the trip to Fleetwood on Saturday. Not only did Makasi fill in admirably, he scored the game’s opening goal, before Paddy Madden levelled for the Cod Army, sending Argyle back down the M6 with just a point.

However, despite the 22-year-old West Ham loan midfielder finally getting his moment in the limelight, he was soon urging Sarcevic, and fellow missing Pilgrim Sonny Bradley, who is ill, to return to the fold very soon.

Moses said: “Sarce has done really well, and Sonny has been keeping clean sheets, but I thought Yann and I did well enough to keep our shirts. It’s a team game; I hope for the best for Sarce and Sonny, that they’ll be fit soon to make the competition even better. There’s lots of big games coming so we’ve got to keep going.”

Makasi has been made clear on Argyle’s singular ambition for the season: the play-offs. What seemed merely a pipe dream three months ago is very much a reality now. This point keeps Argyle in sixth place, with ten games to go, and a host of fixtures against teams occupying the places surrounding the Pilgrims.

For Moses, looking a chance to prove himself, he is excited at the possibility of taking part in important fixtures following several years of under-23 football.

“It’s game on,” he said. “This is what you want to be involved in. We’re looking for the play-offs, so if we play against the teams near us and beat them, we push ourselves further. The play-offs are there: we need to get there in May.

“It was great support from the fans.  We know how the fans travel in their numbers, and we try to do it for them.

“Credit to Derek and the staff, the team have been on a fantastic run. We just have to keep going.

“It’s good on my CV, to be involved in the play-offs. At the end of the season everyone is watching, it is a big opportunity. That is what you are here for.”

Moses, from the capital, seems to be enjoying his experience in the Westcountry. Argyle cosmopolitan line-up features players from several different countries, and various parts of the UK. Makasi sees his integration among the squad as part of a different, non-footballing, education.

“The lads have been good with me,” he said. “I’m from London, we’ve got boys from up north and from different cultures, but we all come together, that’s what makes football, you meet different people.”