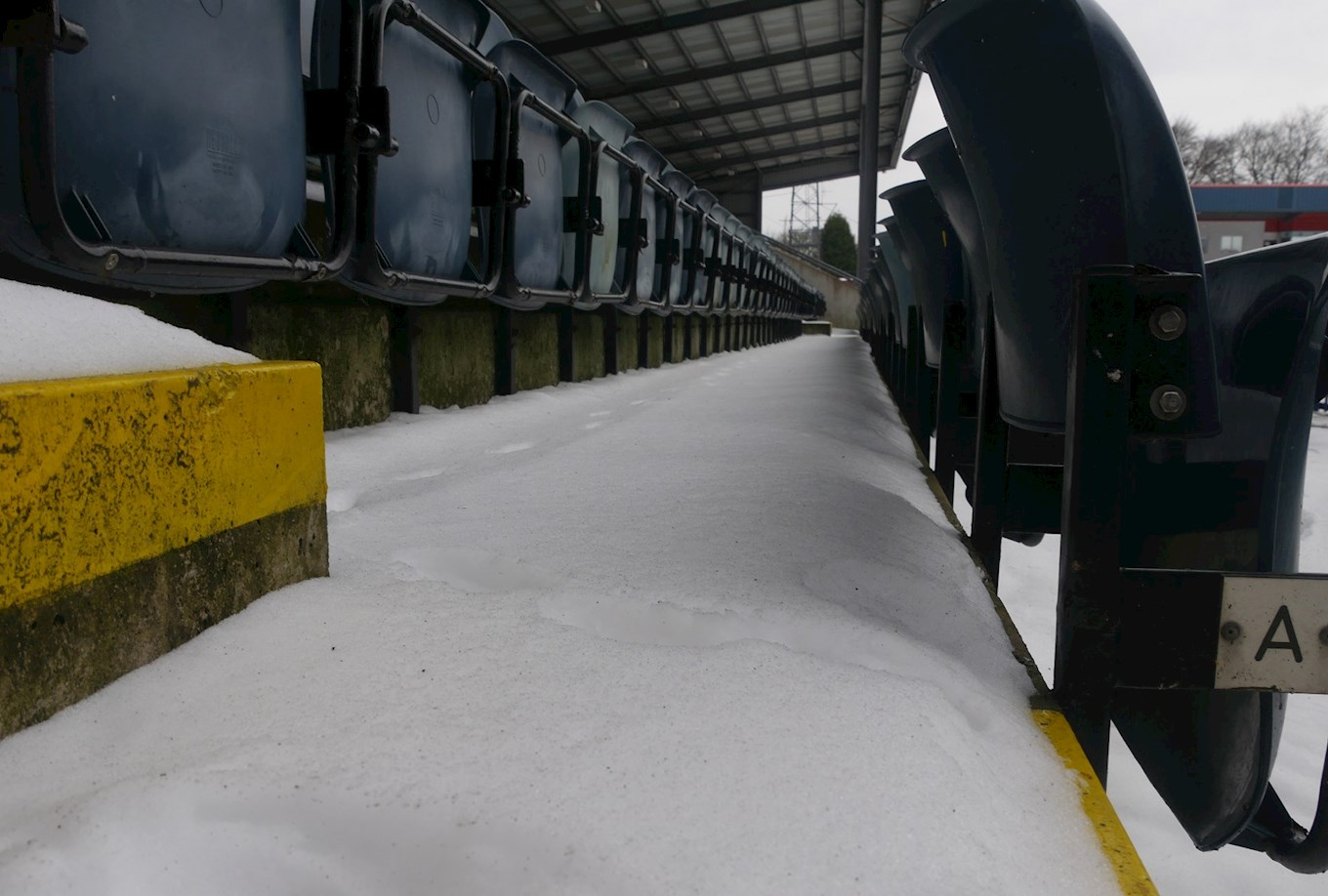 SATURDAY’S Sky Bet League One game at Rochdale has been added to the catalogue of sporting fixtures to have fallen victim to the weather.

The match was officially postponed this morning on safety grounds and to prevent unnecessary travel for the Argyle squad and both sets of supporters.

A red weather-alert, the most serious kind of weather warning that the Met Office can issue, is currently in place for Devon, while Greater Manchester Police are advising against all unnecessary travel.

A prolonged period of snowfall and freezing temperatures have resulted in roads and footpaths in the immediate locality posing a potential danger to all fans, staff and players looking to attend the match.

The immediate locality is still experiencing road closures and, in the case of some side roads and streets, untreated and icy surfaces. This situation is not expected to improve over the next 48 hours.

The pitch at the Crown Oil Arena has been protected by frost covers over the last week and is currently playable, but we agree with Rochdale that it is nonsense to risk the lives of supporters, players and staff.

Any match-tickets for the game will be valid for the re-arranged date later in the season, as will coach-tickets.

Supporters who are unable to make the re-arranged date will be able to claim a refund if they return their ticket to the club.

The call-off has completed an unwanted hat-trick for Pilgrims’ teams.

Our Carlsberg South West Peninsula League Premier Division fixture against Torpoint Athletic at Coach Road, which had been moved from Friday night to Saturday, was postponed earlier in the week.

As a result, we have been obliged to cancel our Live Sport events until further notice.

We hope to re-open the Lounge in plenty of time before our next home game against Bristol Rovers on Saturday, March 17.

However, with the water on the Grandstand side of the ground now temporarily shut off, we will not be re-opening the Argyle Ticket Office and Superstore until Monday, at the earliest.

We apologise for the inconvenience and thank supporters for their understanding.