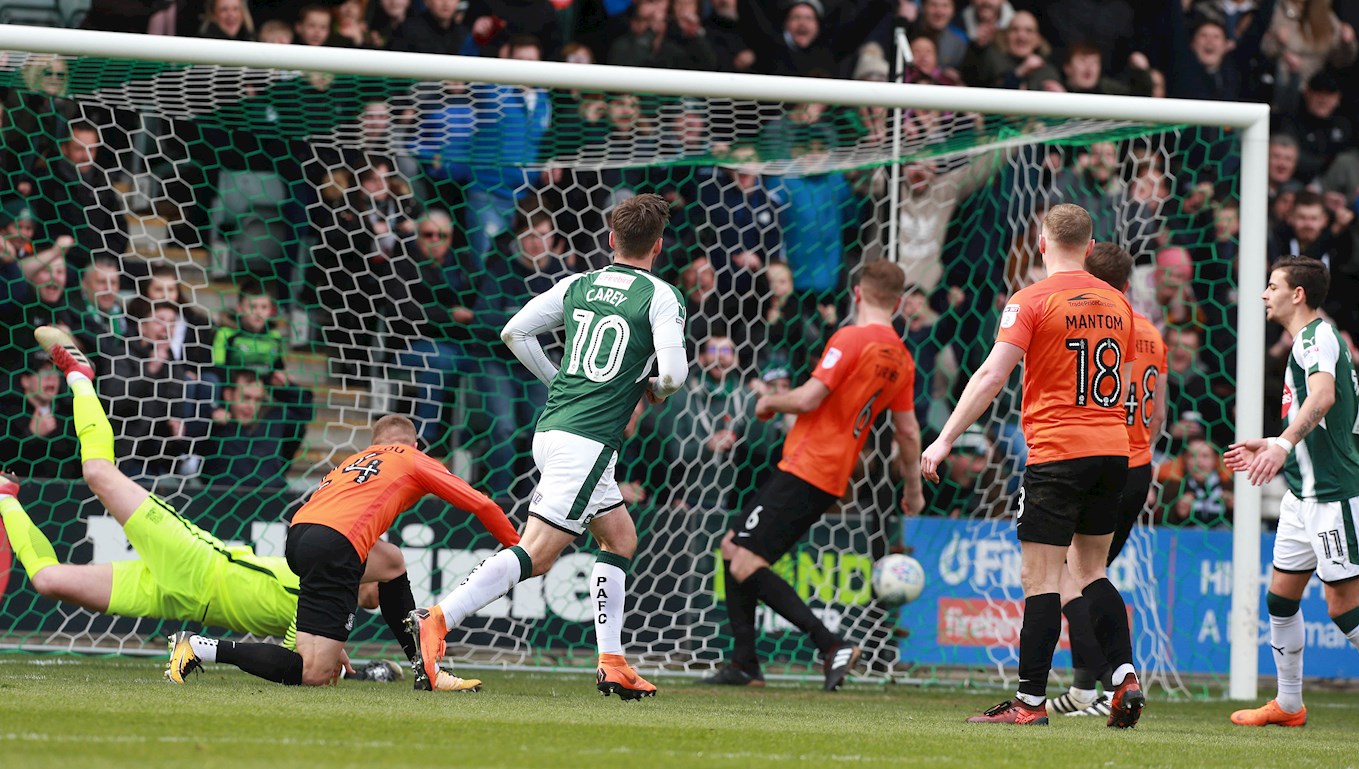 ARGYLE go into Easter Monday’s Sky Bet League One head-to-head against Scunthorpe United with Graham Carey welcoming the challenge from a team that has suddenly become their closest rivals.

The match at Glanford Park pits fifth-placed United against an Argyle side one place lower in the table on the same 60-point mark and lower only on goal difference, but with a game in hand.

That difference decreased by four on Good Friday, when Graham and Ruben Lameiras were each on target twice in a 4-0 home dismantling of Southend, setting up Monday’s mouth-watering clash.

Such a prospect looked unlikely as recently as December, when Scunthorpe were fourth in the table and Argyle bottom.

Graham said: “If we can go there and get a win, it will be big for the season. Where we have come from has been unbelievable, but we are in the position we are now and out main focus is to make the play-offs.

“It’s more enjoyable, obviously, than it was four months ago and we were scratching our heads, thinking ‘What can we do to get out of this?’ but we always knew we were a good team and hopefully we can kick on now.”

As well as playing Scunthorpe, Argyle still have to face several other sides in the play-off frame in their final seven matches of the season, including Peterborough, Portsmouth and Rotherham.

“It’s good to play teams around us, especially when we’re on this kind of form.”