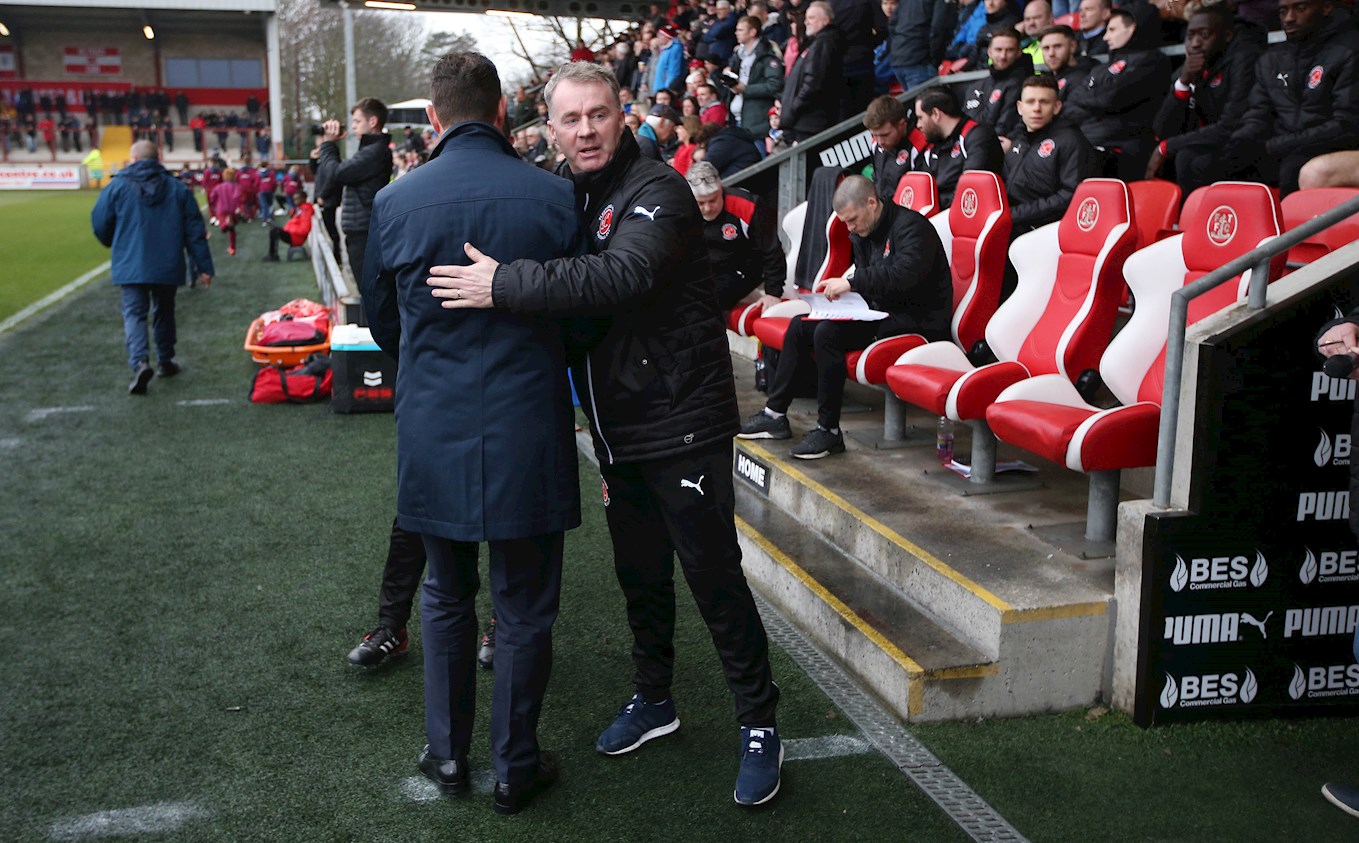 ARGYLE manager Derek Adams was a happy man after his side continued their fairy-tale push for promotion with a 1-1 draw at John Sheridan’s Fleetwood Town.

The point which they brought back from the Fylde coast maintained their place in Sky Bet League One’s play-off zone and stretched their unbeaten run to seven matches.

Moses Makasai’s first EFL goal 16 minutes into his first EFL start gave the Pilgrims a deserved early lead. Even though Paddy Madden cancelled that out 15 minutes after half-time, Derek was content with the afternoon’s – and indeed, the season’s – work, especially given an injury and illness crisis which has deprived him of Sonny Bradley, Simon Church, Ryan Edwards, Luke McCormick, Gary Miller and Antoni Sarcevic, and which may see Jamie Ness and Ruben Lameiras added to that list after suffering problems at Fleetwood.

Derek said: ““I said I was happy with a point before the game. We went for the three points but, when you have gone six wins on the trot and you come away from home and take a point, under the circumstances, I am delighted.

“We’ve got 54 points – we’re happy with that – and we’re 16 points ahead of fourth-bottom place, which is Fleetwood, sitting in sixth position. We’ve done alright today because we’ve come away with a point and teams round about us have lost.

“We have had a tremendous season and I’m delighted to be, with ten games to go, sitting in sixth position. You couldn’t ask for any more. Every Plymouth Argyle fan sitting at home, or at the game today, will be delighted with the position we’re in.”

“It wasn’t going to be an easy game for us: we’re away from home; we’re against a team that is in the bottom four; they’ve changed their manager – their manager is an ex-Argyle manager.”

In an entertaining match, with counter-attack following attack, it was perhaps surprising that no more goals were scored, or, indeed, that neither goalkeeper had too busy an afternoon.

“Both goalkeepers didn’t really have many saves to make in the whole game but there was plenty of action from both sides. It was an open game, probably too open from the way we play but that was because our full-backs were pushing forward and their wide players were cheating a bit – staying up the park and not following the full-back backwards.”

The nearest Fleetwood came to possibly taking all three points was from a couple of late penalty shouts for handball against Yann Songo’o and Aaron Taylor-Sinclair.

Derek, though, was utterly dismissive. “When you’re down the bottom of the league, you always claim for everything, don’t you?” he said.

“That was the nature of the calls today. There was nothing in them. If that’s the best way you want to get a goal, maybe go back to the training-field and look at a better way.”