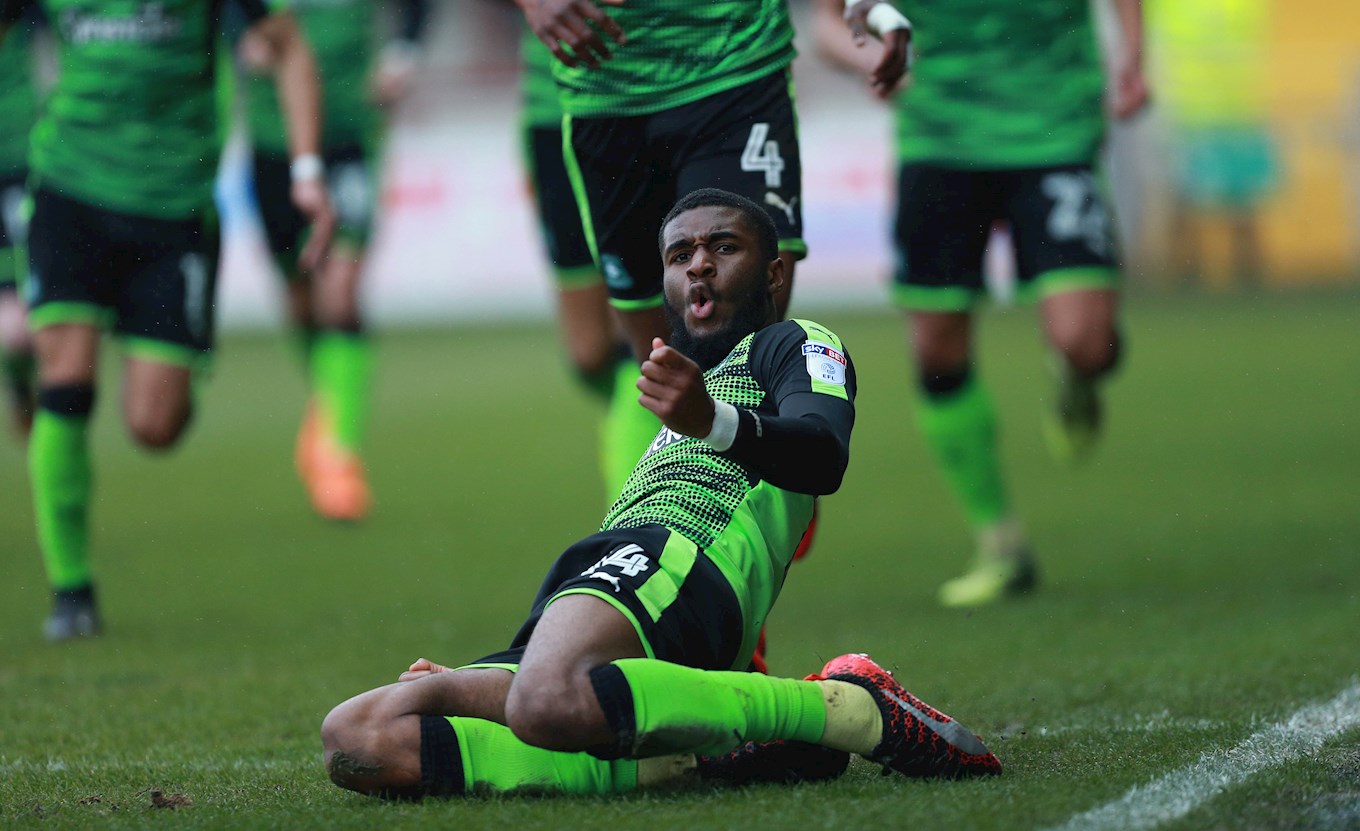 AT 22, Moses Makasi is quite a latecomer to EFL football – but his wait proved well worth it.

The home-grown Hammer signed his first professional contract with West Ham in the summer of 2014, but although he has made the first-team bench and made Checkatrade Trophy appearances, he headed for Argyle on loan to get exposure to some proper football.

His arrival coincided with Argyle’s scintillating 2018 form, so Moses has had to continue to be patient. He played the final quarter of an hour against Wimbledon in a 4-2 win, but at Fleetwood Town, in the absence of Antoni Sarcevic with a groin injury, Moses was handed his chance.

And he grasped it. Latching on to a well-placed pass by Ruben Lameiras, Moses belied his lack of experience by coolly opening his body and placing the ball home.

This opening goal was equalised by Town’s Paddy Madden in the second half, but the point against a battling Fleetwood side was by no means a let down on Moses’ big day.

“It was a great feeling,” said the midfielder. “When Rubes got the ball I thought it was my chance to burst into space and when I got the ball there was only one thing on my mind, and that was to make sure I finished it.

It was a lovely ball from Ruben, he slotted me in. I saw the keeper was moving to his left so I out it in the other corner. Luckily it went in, and I thank God for that.

“It’s a great feeling. I have been waiting for this moment for a long time. I thought ‘this is an opportunity, and I can’t let it slip’. I would have liked a win, but a goal and a draw on my debut is not bad.

"I thought before I came that I would get a bit more game time, but I just had to get my head down, knuckle down and keep patient. My time came, and I think I took it. There’s still a lot more to come from me, and I hope I can show the Argyle fans what I have got."

The goal was no more than Argyle deserved as they tanked through the opening third of the game, playing some glorious, eye-catching football.

Fleetwood, though, led by former Pilgrims boss John Sheridan, roared back into the game, and were worthy of their point, following their early second-half leveller.

“It was hectic,” Moses said. “The first 25 minutes the lads did well. Once we conceded we knew we had to just stick in there. We know they are in a relegation battle, and in the end we dug out what is a good point. We are looking for promotion, so we’ll take the point and move on to Bristol Rovers next week.

“This league is really hard. Every team has got good players. They have some players from big academies. They have just been on a bad run. That can happen in this league.”