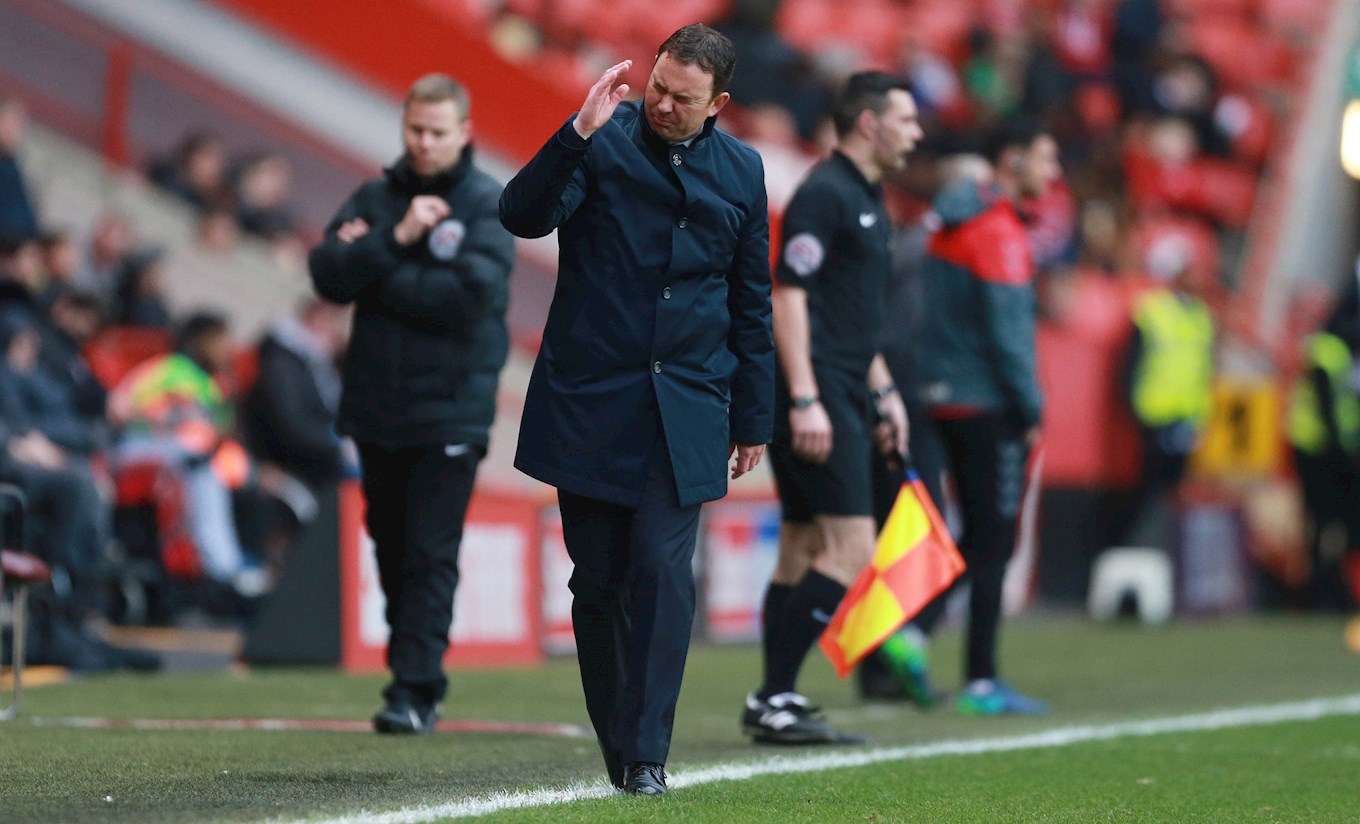 Derek said: “I can’t be too cross about it because we weren’t good enough. I could go through a number of complaints but I won’t, because that would be wrong of me. Over the 90 minutes, Charlton deserved to win the match.

“We didn’t create enough opportunities throughout the 90 minutes. It’s not like us. We usually create umpteen chances.

“We didn’t deserve to win the game. There’s no doubt about that. We didn’t do enough throughout the 90 minutes to deserve that. I just felt that if we had got a goal back, we might be able to get a draw.”

The Pilgrims were on the back foot from two minutes in, when Page made the Valley happy with a stunning drive from outside the penalty area.

“Charlton started the better team,” said Derek. “Credit to them: I thought they started on the front foot, won the second ball, and completed good passes into forward areas that caused us trouble.

“They deserved to get the goal when they did, and it was a fantastic strikefrom outside the area, and that gave them a lot of confidence – it gave the stadium confidence – and they moved forward from there.

“Not long after that, they get the second goal and make it 2-0. It gave them massive confidence to go 2-0 up and they were able to see out the win.

“We knew it was going to be a difficult afternoon in that period. We didn’t start as well as we could have, and to go 1-0 down gave their fans a lift – and it gave their players a lift – with the problems they’ve been having.

“From my point of view, we didn’t really create enough chances in the game. It would’ve been interesting to see if we got a goal at 2-0, either before half-time or just after.”