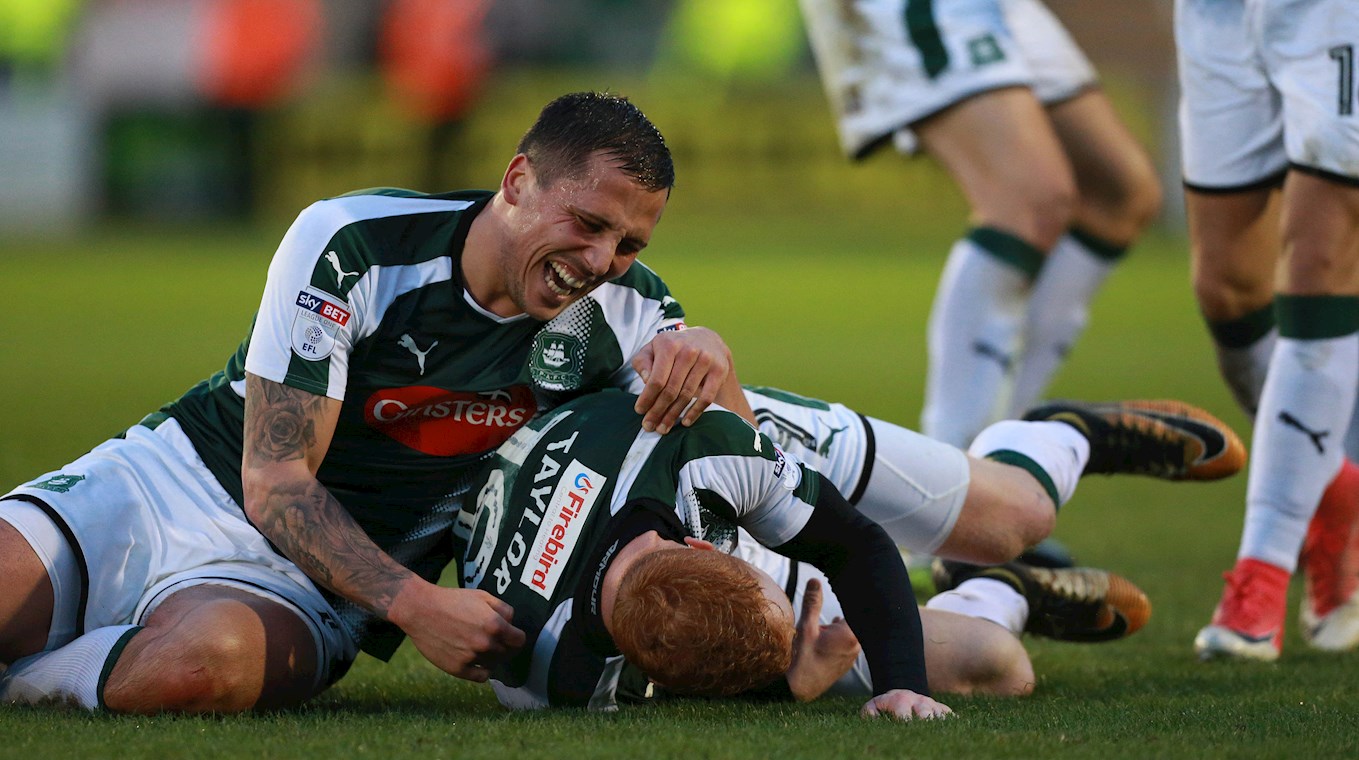 RYAN Taylor and Antoni Sarcevic have agreed new deals to stay at Argyle next season, and beyond.

The club will issue its retained list for the 2018-19 Sky Bet League One season on Wednesday morning, and the names of Pilgrims Ryan and Antoni will both be on it.

The pair agreed new two-year extensions to their contracts during last season's successful campaign in which they helped the club finish seventh in League One.

The Pilgrims' career of forward Ryan and midfielder Antoni continues to follow a similar path. Both joined the club in the January 2017 transfer window and both made their full Argyle debut in a 1-0 win away to Cambridge United the following month before becoming key parts of the successful Sky Bet League Two promotion push.

Last season, Yorkshireman Ryan, who came to Home Park from Oxford United, made 22 appearances in all competitions during an injury-hit campaign, scoring six goals; Mancunian Antoni, formerly with Shrewsbury Town, played 37 times and scored three goals before he, too, was hampered by injury.

Now, as manager Derek Adams begins building for the 2018-19 season, they have both committed their future to Argyle until the summer of 2020.