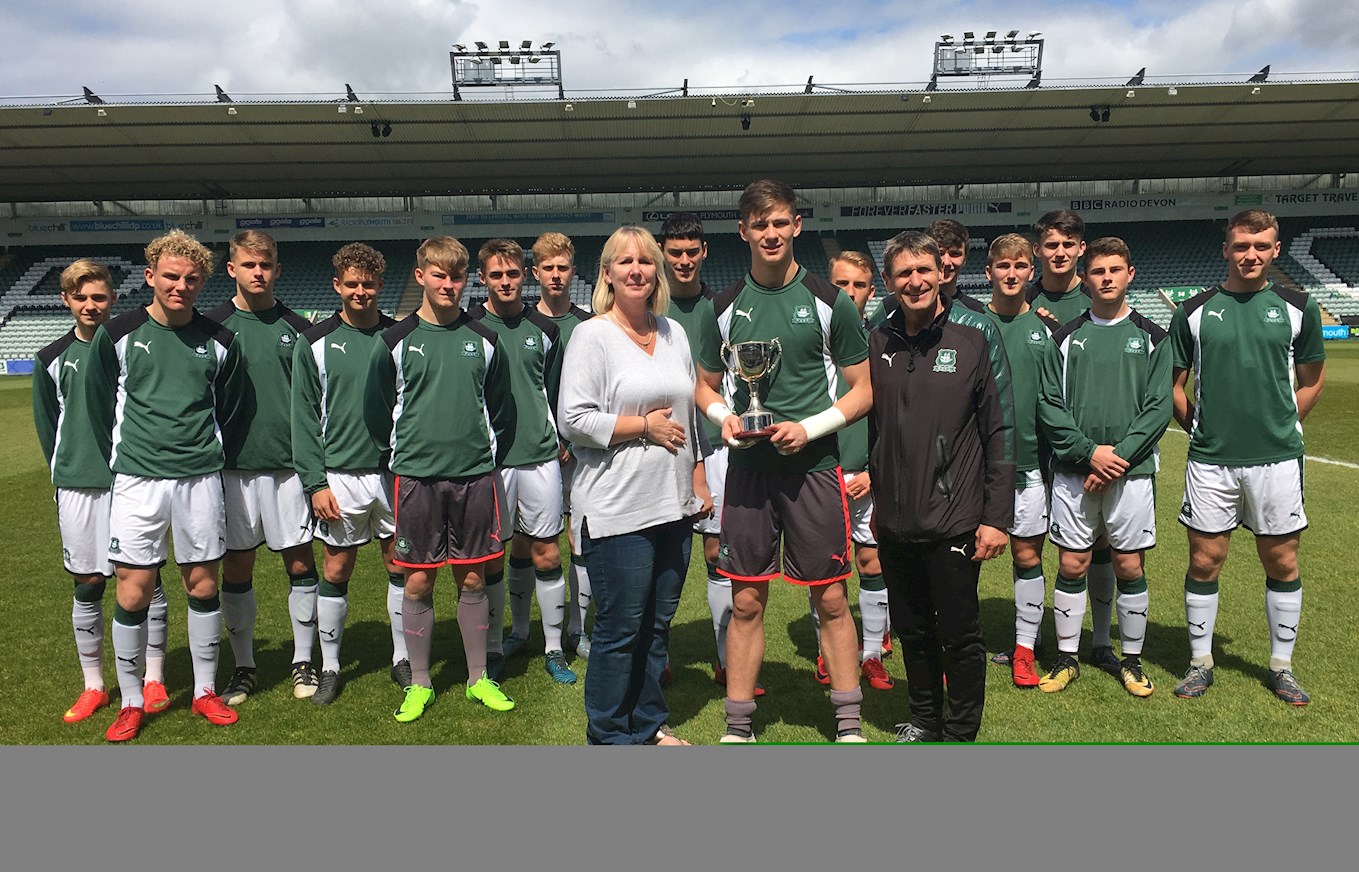 Mike Gets His Hands on Award

MICHAEL Cooper’s memorable season has continued with the award of Richard Phillips Trophy for 2017-18.

The teenage goalkeeper’s superb campaign saw him earn a two-year professional contract after making his first-team debut in a Sky Bet League One game at Blackburn Rovers.

He was also in outstanding form as the Argyle Academy reached the fifth round of the FA Youth Cup, knocking out Premier league Academies Manchester City and Burnley on the way.

The prestigious Richard Phillips Trophy is the gift of the family of Argyle supporter, the late Richard Phillips. It is awarded each year to the player aged under 19 at the beginning of the season whose ability, sportsmanship, work-rate, dedication and improvement are considered to be the best by the club’s Academy staff and Under-18 players.

It was first awarded to Joe Mason at the end of the 2009-10 season and has also been presented to Curtis Nelson, Matt Lecointe, Tyler Harvey, Ben Purrington, Louis Rooney, Jack Calver and, last year, Alex Fletcher.