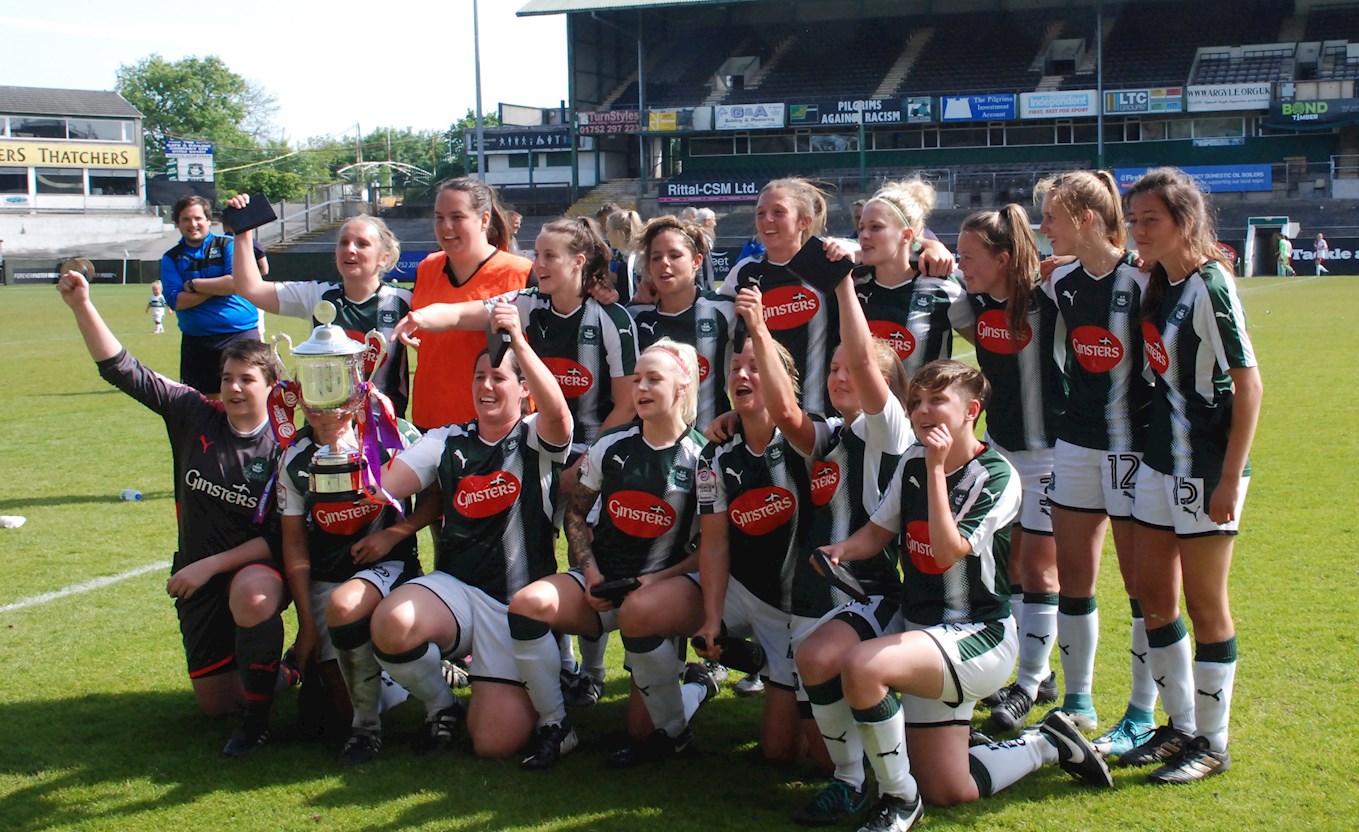 HOME Park was the fitting destination for Argyle Ladies to secure the National League Southern Division title in style, with a 6-1 win against Poole Town.

Over 400 fans were at the Theatre of Greens to see a fine display, capped by Natasha Knapman’s hat-trick, as she claimed the Golden Boot award for the second season in a row. Kayley Lane scored twice, and the scoring was fittingly rounded off by skipper Katie Middleton, from the penalty spot.

Zoe Cunningham, Becky Dandridge and Lane went close to giving Argyle the lead before Knapman gleefully hooked into the net from a spilled corner after just 15 minutes.

Despite Argyle’s fast start, the lead lasted just three minutes when a shot from Rebecca Miles from wide somehow found its way into the net. Argyle responded with Lane shooting wide and Dandridge unable to untangle her feet with the goal at her mercy.

The Greens kept piling on the pressure with Cunningham denied constantly denied by the Poole goalkeeper Sam Chrippes, but a second goal had to come and it did with just three minutes remaining of the first half. This time Chrippes failed to deal with a high Darcey Hepworth cross, and Lane hooked the ball home from close range.

The two-goal cushion Argyle so desired came ten minutes into the second half when Middleton’s header from a corner was pushed on to the bar, and Lane reacted quickest to slot home.

The game was put beyond any doubt when Lane set up Knapman whose shot was deflected into the net, and Argyle’s leading goalscorer completed her hat-trick in the 71st minute with another clinical finish.

The Pilgrims had numerous chances to draw increasingly clear, and when Knapman was denied a fourth when the ball rebounded off a post, in the ensuing scramble substitute Faye Ivall was fouled, with a penalty awarded.

Middleton, the captain, who has played over 200 games for Argyle, stepped up to slam in an 87th minute penalty.

Minutes later, she had her hands on the divisional trophy, and deservedly so. It was a great moment as the Ladies has the chance to celebrate with Argyle fans on a glorious Home Park afternoon.

Manager Travis Rowland couldn't praise the players and staff enough. He said: “Today we were quick out of the box and everyone did their job well and to their full potential.

“Praise must go to the girls for their immense effort they have put in all season. They have put up with horrendous rainy conditions in training but did it with a smile. I am really, really proud of what they have done as a team. We are going to enjoy ourselves tonight as they deserve to let their hair down.”